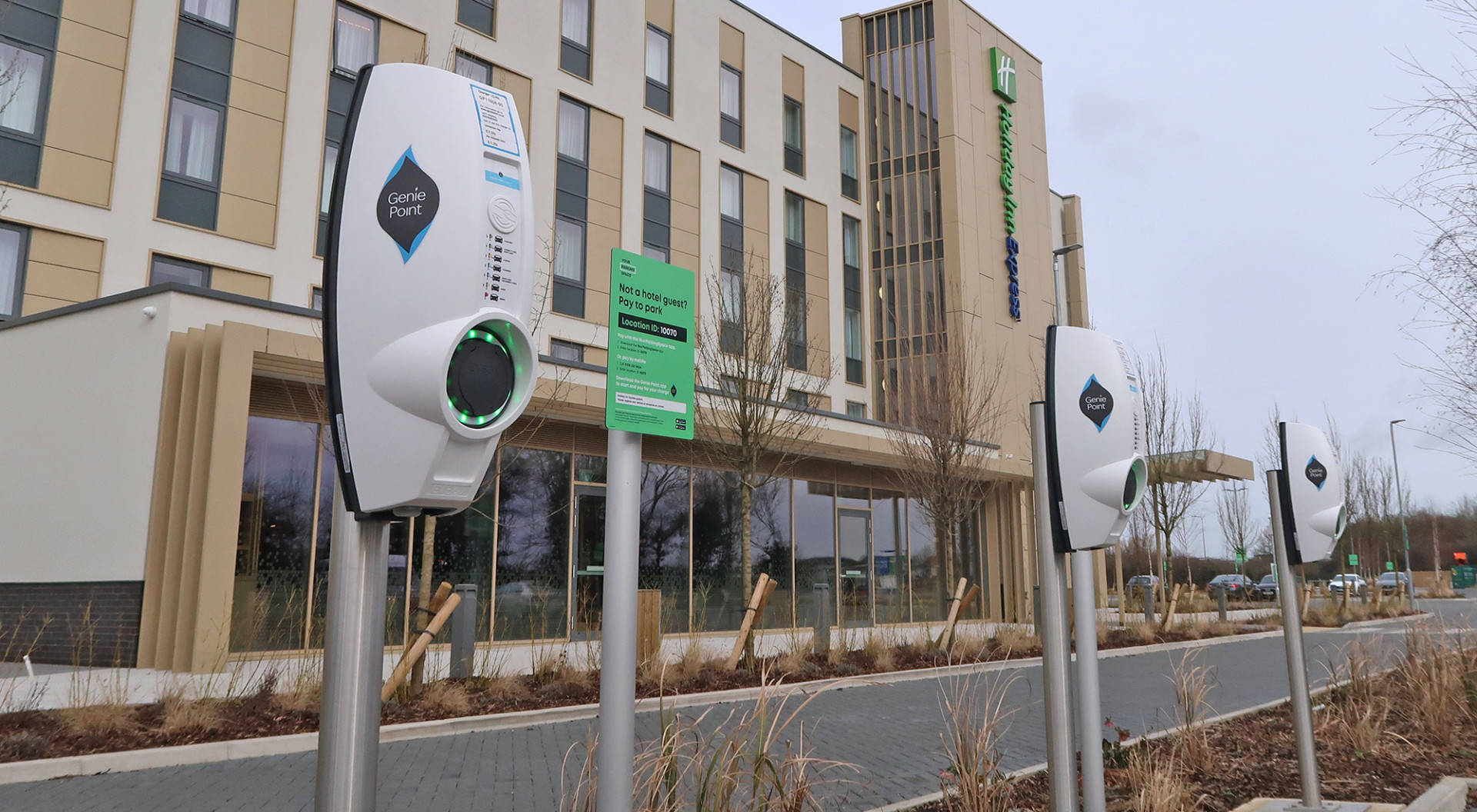 As part of the celebrations around World EV Day 2021, YourParkingSpace has looked at an important aspect of electric vehicle (EV) ownership - charging. It’s vital for pure-electric models, and a significant benefit for those driving plug-in hybrids (PHEVs). But where does the UK stand when looking at the EV charging industry?

Public EV charging in the UK

The UK performs well in the global EV marketplace, tending to punch a little above its weight both in terms of public EV charge point installations and electric vehicles on the road. Clearly, one element tends to link with the other, with fewer EVs requiring fewer charge points, and vice versa. A chicken-and-egg situation is familiar to all those in the industry, but the UK tends to balance one aspect of the market out with the other over time.

Looking at charge point units rather than the number of sockets or plugs available, data from Zap-Map shows that there has been significant growth over the last five years and more. In 2016, there were around 6,500 public charge point devices installed across the UK. As of August 2021, that figure is more than 25,000 units. 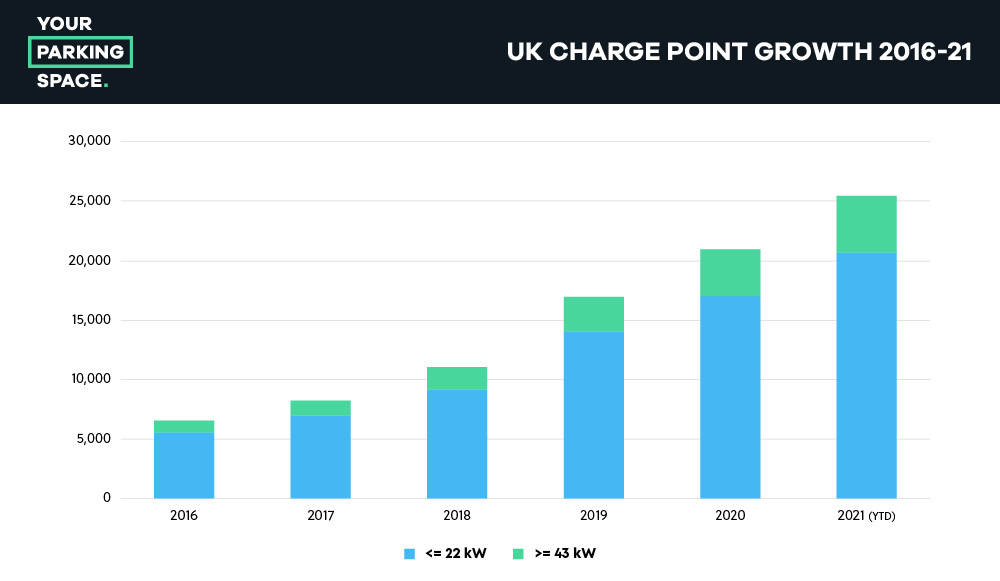 2020’s increase was still significant but dropped to 24%. However, mitigating factors such as numerous months spent in lockdown will have impacted the number of public EV charge points installed, so there isn’t much cause for concern. In fact, 2021’s growth to August sits at +22%, compared to the whole of 2020. With an additional four months of the year remaining, it is expected that the growth line will return to around 2019’s rate.

The UK vs the rest of the world

Of course, looking at the UK market independently shows little in the way of performance. To do that, we need to compare the numbers of UK charge points with other countries, and it is here that the UK shows itself to be a small if solid supporter of EVs.

The UK’s proportion of charge points compared to those in the rest of Europe for example has remained relatively steady and reflects an early start from the country at entering the EV space. 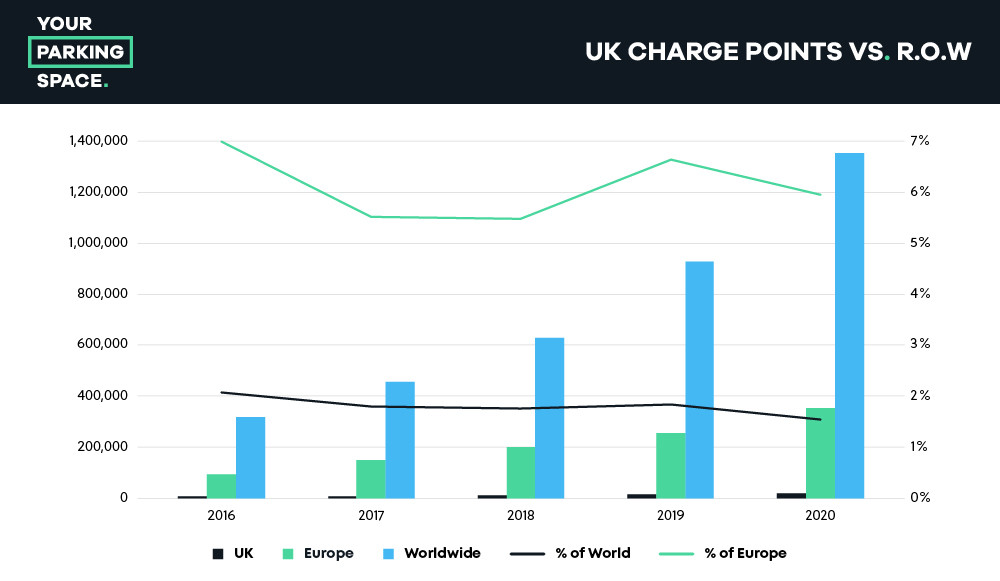 Compared to the rest of the world, the UK continues to perform steadily, though its share of units is dropping as other countries catch up with EV usage. In 2016, the UK had a little over 2% of worldwide EV charge points, though that has gradually dropped to 1.6% in 2020.

As public EV charge point numbers have increased, so too have the number of EVs on the road. In fact the number of vehicles is outstripping the installation of charge points, and it is going to take considerable effort from installers to catch up to a degree – something that’s expected to happen judging by past performance and increased investment in the EV charging sector.

Only a year or so ago, the thought of having a charging site, at a motorway services for example, with more than half a dozen units would have practically guaranteed an immediate charging spot. That’s not the case anymore, as those with an EV will often attest to, with this turnaround happening in a very short space of time. 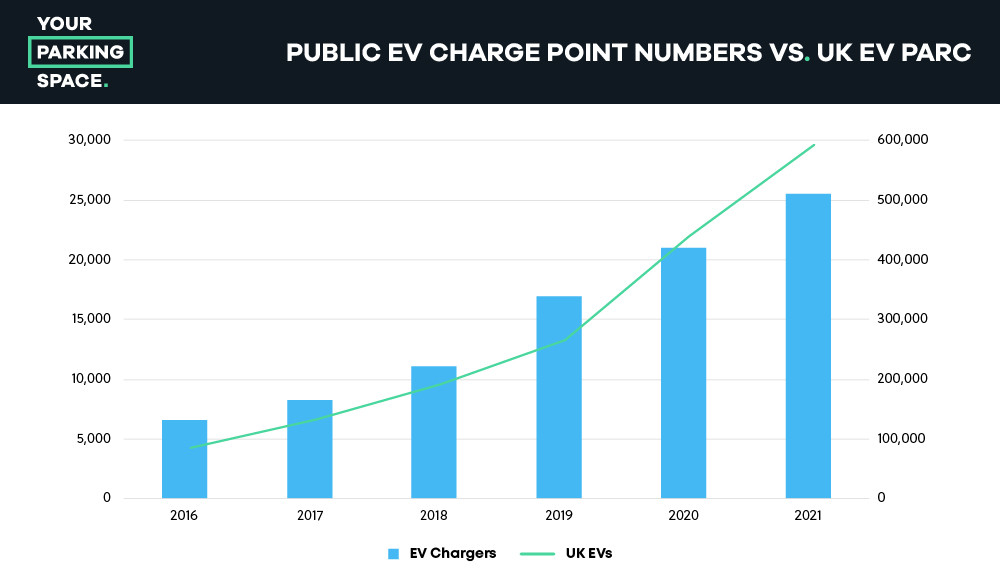 Five years ago, there were 13 EVs on the road in the UK for every public charge point. That figure for 2021 to date is closer to one charge point for every 23 electric vehicles.

Home is where the car is

Something that is crucial to remember when looking at EV charge points is that statistics usually cover public units. While this is useful information, the headlines saying “Millions of EV charge points needed by 2030” or similar are missing a crucial point; most drivers can charge an electric car at home.

This isn’t something that’s realistic for those running petrol or diesel cars, LPG, and certainly not hydrogen fuel cell models. Plug-in cars however can ‘refuel’ from any plug socket a driver can (within reason and safely) reach with their cable.

Therefore, there are already hundreds of thousands of charge points already installed that aren’t counted in the UK’s charge point statistics. They may only really be used by one or two vehicles, but they are crucial nonetheless. Households, workplaces, Airbnb’s - they all count towards keeping electric vehicles on the road. 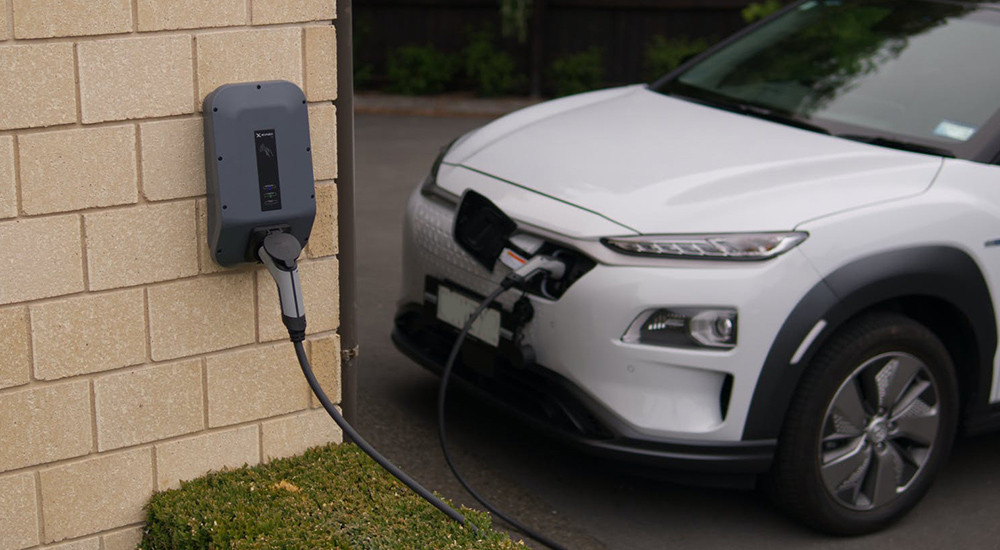 Therefore, looking at just connector or unit numbers doesn’t give a truly accurate picture of the UK’s charging performance. In the above comparison we’ve decided to look at numbers of charge points, rather than the number of sockets available. The key reason is that there is reliable data for units installed in other countries, but less so for connectors available.

A secondary factor is that, whereas it is conjecture to say how many EVs can charge off any one of the charge points picked from the figures, one certainty is that a charge point can recharge at least one vehicle. It’s not a perfect comparison, but the best we have available without diving into the data too deeply.

It’s very easy to analyse EV charging infrastructure; to sit on the side-lines and judge. But at YourParkingSpace.com, we want to do something about improving the charging situation for EV drivers.

We are one of the few companies that are looking at both domestic and commercial public EV charging, and covering the whole range of charge points, from home wallboxes through to DC units.

The aim is to make sure EV drivers are never more than 20 minutes’ drive from a charge point on the YourParkingSpace platform, and to do that, we are working with both private space owners – those that rent out their driveways for example – through to partnerships with large multi-national businesses.

Suitability is an essential part of the work being carried out. For example, there’s no point in putting rapid DC charge points at a cinema, or a long-stay airport car park, where charging times are significantly less than the driver’s “waiting time”. Likewise, slow or fast charge points are redundant at motorway services, where a quick top-up and go is required. 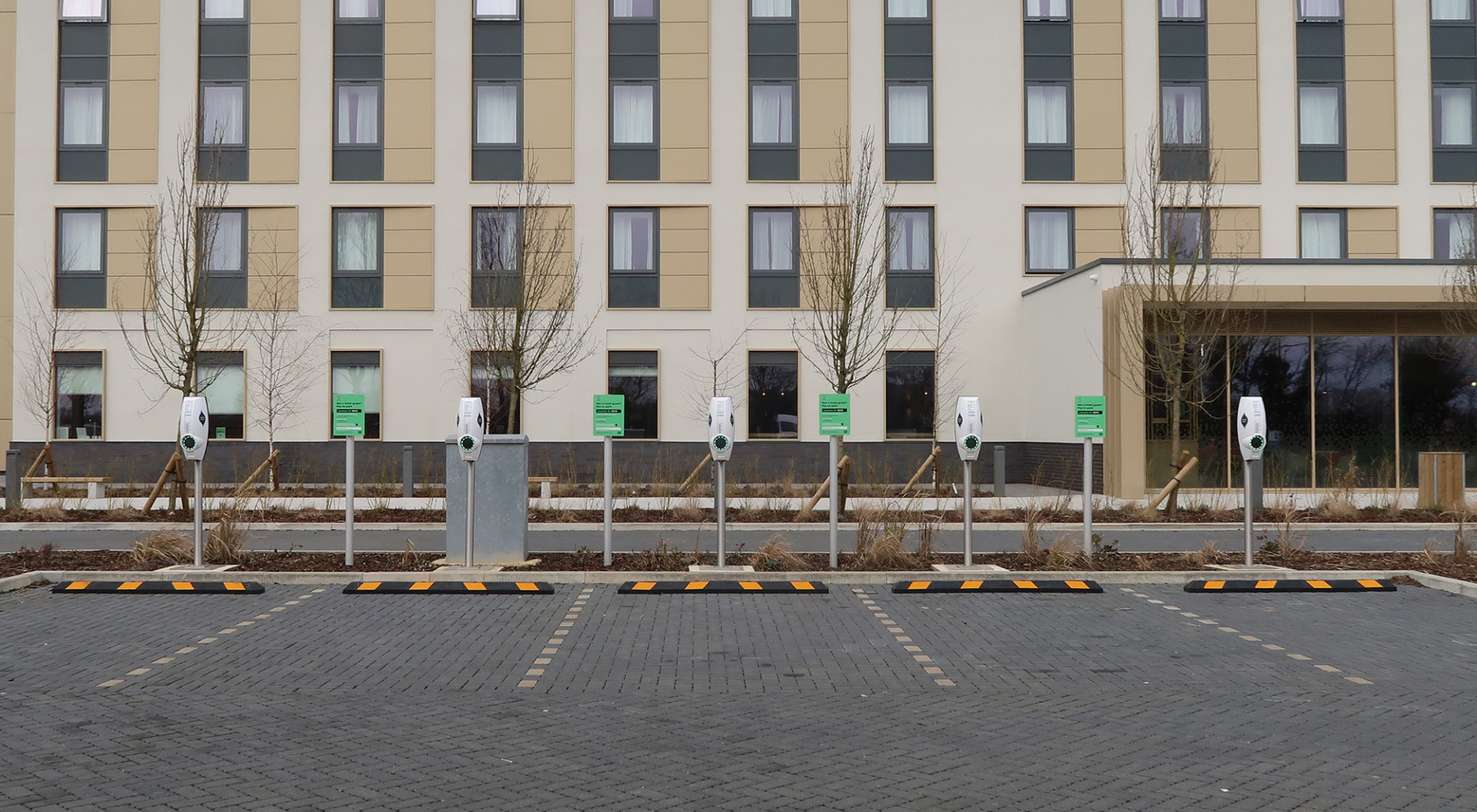 One of the earliest YourParkingSpace managed sites with EV charging was a Holiday Inn Express hotel, with five fast 22 kW charge points. It allows for a quick top-up whilst having a meeting, adding a quarter charge - or maybe more - in the space of an hour or two. It also covers a full recharge overnight without the driver having to leave their room and move the car from a rapid charger to make it available for others.

It’s crucial to offer the best type of EV charging set-up available, maximising benefits for both site owners and EV drivers, and YourParkingSpace is investing significantly in this area, aiming to become a leading player in the EV charging market in the near future.

EV charge points are available to find on the YourParkingSpace app, and additional functionality will be rolled out on both this platform and the desktop site in due course.  Together we can electrify the future.