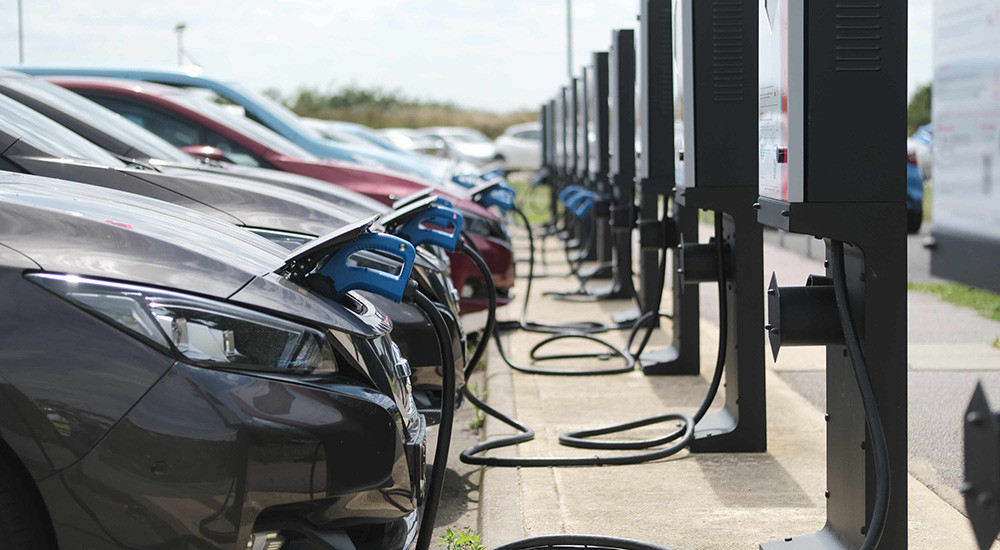 Savings in CO2 emissions, infrastructure costs, and charging have been calculated by the study

A collaboration between Nissan, E.On, and Imperial College London has calculated the benefits of Vehicle-to-Grid (V2G) electric vehicle charging, both financially and environmentally.

According to the white paper published as a result of the work between the three organisations, it is estimated that widespread V2G EV charging could save up to £885 million a year in power system costs.

Savings are projected at around £12,000 in infrastructure costs per EV, and CO2 reductions of 60 tonnes per electric vehicle. Annual V2G charging costs could see between £700 and £1,250 saved per EV, and the potential for reduced carbon emissions for the grid could be as much as -243 g/km CO2.

With additional load being placed on the National Grid with increasing numbers of EVs hitting UK roads, electric vehicles can pose the solution to a potential problem they create.

By plugging in electric vehicles and allowing them to be discharged to help a household, workplace, or the grid at peak times, and then charge when demand for electricity is lower, the UK’s curve for energy demand is flattened. There is capacity in the UK grid currently for widespread adoption of EVs with little change in infrastructure, but only with smart use of EV charging.

With models such as the Nissan Leaf and e-NV200 - currently the primary mass-market V2G capable EVs on the market - drivers can off-set charging costs, electricity bills, and reduce the impact on the environment, by effectively using their electric vehicles as mobile energy storage devices.

Much of the UK’s electricity comes from renewable or low carbon sources, but the traditional gas-fired power stations are required for times of high demand as the energy created by sources such as wind and solar cannot be stored in sufficient amounts to buffer against peak demand. The use of EVs as batteries for the grid can aid that transition, reducing the reliance on carbon-intense electricity generation, and reducing costs of beefing up the national electricity infrastructure.

Nissan has been trialling bi-directional V2G charging at its Cranfield technical hub for some time, and is involved with a large-scale scheme with members of the public too. 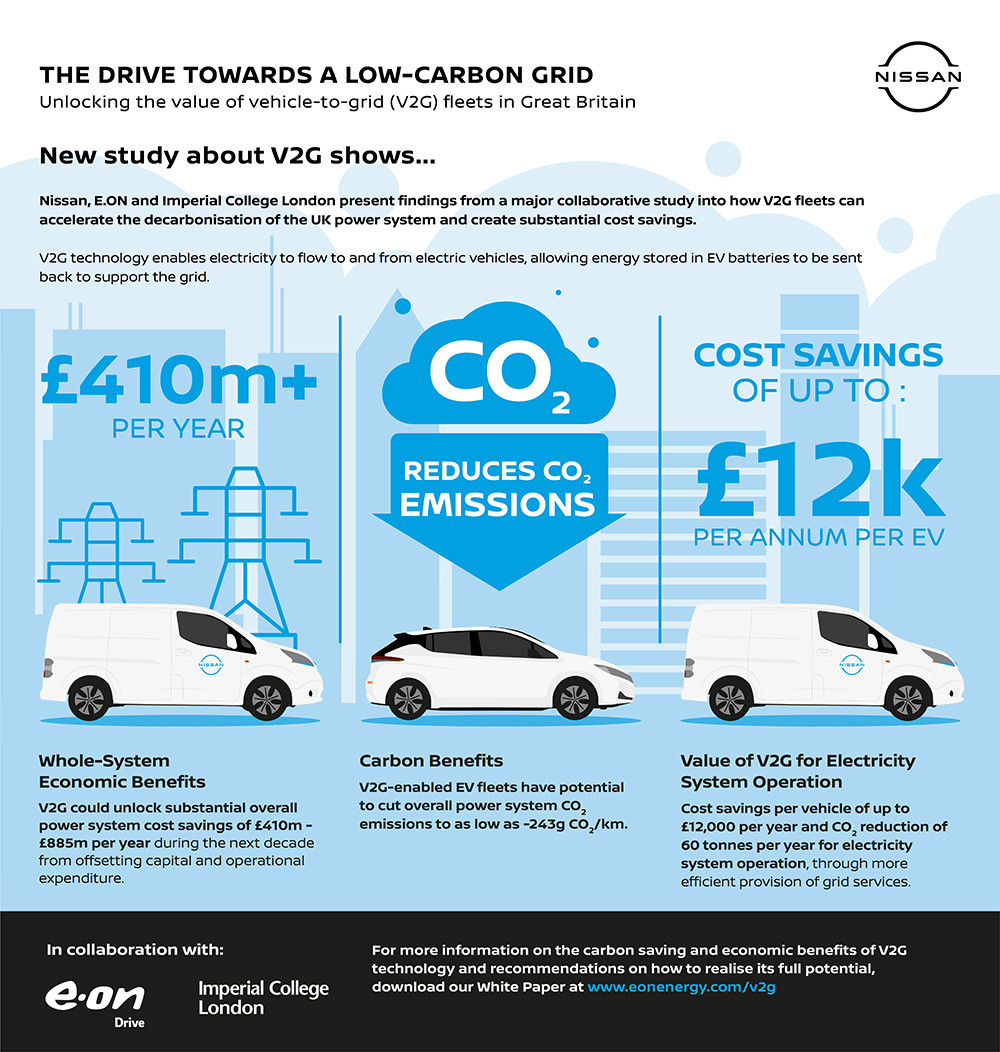