The Edinburgh International Festival was the brainchild of Glyndebourne Festival Opera co-founder Audrey Mildmay and general manager Rudolf Bing who were looking for a major city where they could stage a festival of music and performing arts.

Edinburgh was chosen as the venue and the inaugural festival was held in 1946, this consisted of mainly classical music. One of the highlights of the festival were performances by the Vienna Philharmonic, who had been reunited with Jewish conductor Bruno Walter, a German-born composer and conductor who fled Europe after the Nazi Party came to power. Later on the festival was enlarged by the desire of the British Army to showcase itself during the Festival period; this was independently staged, and is still today.

But it was the alternative to the “official” organisation that has attracted huge numbers of followers over the years and became known as the “Fringe” which started life a year later in 1947. This occurred when eight uninvited theatre companies turned up to the first Edinburgh International Festival. With the actual festival using Edinburgh’s major venues, these uninvited companies set up shop at alternative venues for their shows and the Fringe festival was born.

Today the Fringe offers showcases 50,000 performances in 300 venues throughout the city, and this year we can be sure that the Fringe will be the talk of the arts world for the three weeks between the 4th and the 28th of August. It is widely believed the name Fringe was given to the performances because a critic remarked it was a shame the show was so far out "on the fringe of the Festival”, which in the case of some venues is a very long way outside of the City. For anyone attending the Festival Fringe by car, this can be a blessing as finding car parking in Edinburgh can be a daunting prospect, although there are always solutions to finding safe and secure parking in any major town or city.

Attending all of the performances at the Fringe would be an almost impossible task, the shows range from comedy giants, serious thespians, hilarious first-timers, as well of course, a bunch of genuine odd-balls. Picking out ten shows to see during the three week period is of course subjective, based on personal opinions, interpretations, points of view, emotions and judgment, but here are some which we feel will appeal to a large cross section of people.

Out of Love - Roundabount @ Summerhall

A new drama from the hotly-tipped playwright Elinor Cook and presented by Paines Plough, Out of Love is the story best friends Lorna and Grace. It follows the girl’s challenges as their friendship becomes strained when Lorna goes to university while Grace becomes pregnant. Will their friendship make it through?

Out of Love is being held at: Summerhall, Edinburgh, EH9 1PL. Find parking for this event here.

I Am A Tree - Assembly George Square Theatre

I am a Tree continues cult performer Jamie Wood’s wonderful if oddball shows. Wood’s is best known by theatre goers for his 2015 show Beating McEnroe, acclaimed by the critics as a funny yet slightly cathartic look into McEnroe’s live as he attempts to get over the disappointment of being beaten by tennis legend and McEnroe’s hero Bjorn Borg.

The title I Am a Tree came from Wood's girlfriend's quip that “he is like a tree that dogs like to piss on”, referring to when people would randomly share their life story with him. Oh and by the way, last year Wood’s apparently walked nearly 150 miles to his grandparents' house, is there another show in the offing?

We thought that we would suggest at least one or two good free venues, this is where instead of charging the acts for hiring the room, as well as the audiences who attend, the promoters make their space available for no charge. Audiences are then asked to make a small donation at the end of the show if they have enjoyed it. These venues tend to be pubs or clubs where the spaces can be given away for free as a way of boosting bar takings.

Dick in Space - The Cuckoo’s Nest

We like Dick in Space. A one man “Batman” this hero is on an epic mission to solve a murder investigation while hoping not to self-destruct and at the same time solving the riddles of the universe. Taking on God, Napoleon as well as some disruptive human organs along the way.

We think that this is provocative, challenging, deranged as well of course being hilarious! There is nothing better than the fun of watching a character fall apart and crumble completely before your eyes. Intergalactic, if somewhat psychotically Dick hunts suspected murderers, as well as femme fatales while battling his own alter ego.

Held in the Basement at The Cuckoo’s Nest 69 Home Street, Edinburgh, EH3 9JP. Parking for this show can be found here.

Asian Comedy Fusion showcases some of the best international acts from Asia and is being hosted by comedian Steven Halcrow. Featuring performances by Kavin Jayaram, Ollie Horn and Jinx Yeo, Asian Comedy Fusion is best described as a hilarious hodgepodge of different comedy from Asia, including performers from Hong Kong and Japan to Singapore and Cambodia.

Join them each night as they are guaranteed to be your one stop shop of exotic Asian laughs taking place here in August. Find cheap, convenient parking for this event here.

Not I - Pleasance Courtyard

Many will be looking forward to seeing the Jess Thom return to the Fringe and this year she presents a take on Samuel Beckett’s dramatic monologue, Not I. Thom, who suffers from Tourette’s is best known for her work on Touretteshero, a project that aims to increase the awareness of Tourette’s Syndrome was once referred to by a close friend as a “crazy language generating machine" and as a result of her condition regularly blurts out the word "biscuit" hundreds of times a day.

See Not I at Pleasance Courtyard, 60 Pleasance, Edinburgh, EH8 9TJ. Check out our range of handy parking spaces near this event here.

The Fringe would not be complete without a look at Britain’s history, particularly our Empire and its links to the slavery. Selina Thompson takes on this mantle with her show, Salt, an epic story about retracing the Transatlantic Slave Triangle and her experiences along the way.

First performed at Bristol’s Mayfest last year, Salt has evolved into a powerful portrait of grief, colonialism and ancestry.

Salt is part of Northern Stage’s programme at Summerhall, Edinburgh, EH9 1PL. Parking at Summerhall for this event can be found here.

Whose Line Is It Anyway? - Assembly Rooms

Clive Anderson is always good for some humorous, if sarcastic comments, so Who's line is it anyway at the Assembly Rooms, 54 George Street, Edinburgh, EH2 2LR, will ensure that we are in for a treat.

A live version of the now legendary comedy TV show, Whose Line Is It Anyway? Brings together a star studded line-up including show regulars Josie Lawrence, Greg Proops and Colin Mochrie, as well as guest appearances from Mike McShane and Phill Jupitus plus a range of other special appearances to be confirmed.

We can predict that no two shows are the same if any points awarded, they will not make any sense. Don’t forget your parking near the Assembly Rooms - available here.

The Fringe would not be complete this year without a mention of the President of the United States Donald Trump and it looks like we’re not going to be disappointed.

Locker Room Talk was devised by Glasgow-based playwright Gary McNair after he heard leaked tapes of Donald Trump’s pussy-grabbing comments during the US election campaign! Set as a kind of fly on the wall documentary, Locker Room Talk explorers what men really say about women when they’re in private. 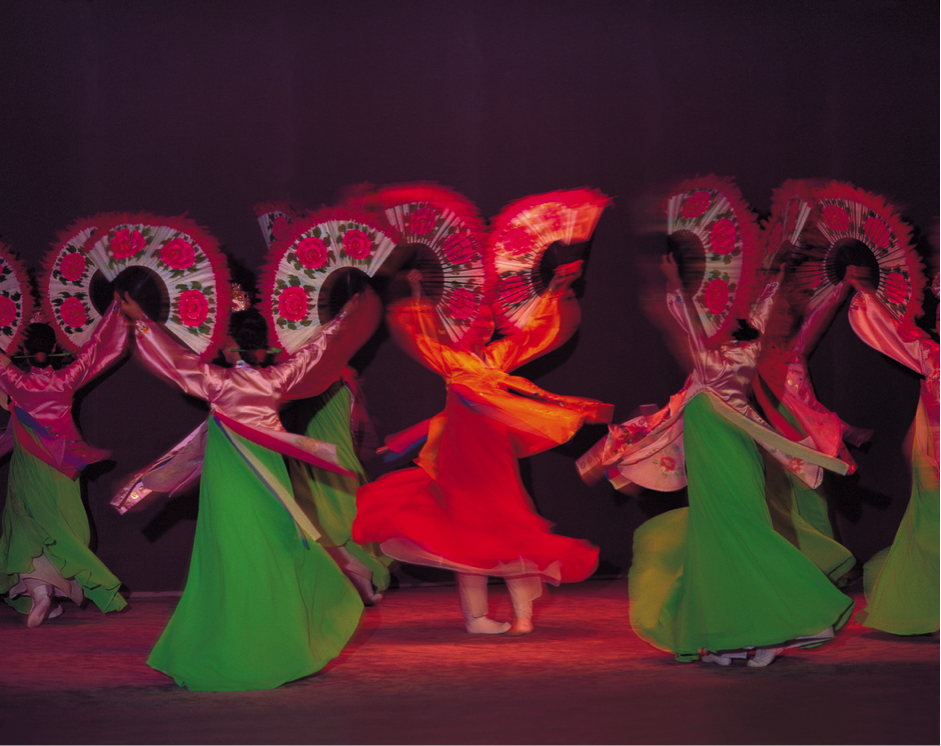 We should not forget dance at this year’s fringe, and there is no better place to see an array of dance styles from across the world than the Dance Base Festival in Grassmarket.

This year, the programme a mixture of live-music, spoken word and dance across 21 shows, with performances from dance schools from 12 countries as far away as India and Korea, all performing under one roof as part of the Edinburgh Festival Fringe 2017.

Check out the performers at Dance Base, 14-16 Grassmarket, Edinburgh, EH1 2JU. We have a number of parking spaces located close to Grassmarket - find them here.

Cosmic Scallies is without doubt a pleasing new drama brought to the Fringe by the excellent disabled-led company Graeae. Success has brought them back again, this year with 'Cosmic Scallies', a play set in the overlooked town of Skelmersdale reflecting the influx of new residents to the “New Town” designed to house overspill population from the north Merseyside conurbation and is about class, friendship and absence.

Written by Jackie Hagan and directed by Amit Sharma, who will be remembered for steering the company's huge hit back in 2015 'The Solid Life of Sugar Water'. Scallies describes a self-obsessed young person, typically male, who is disruptive and irresponsible, typically referring to those from the North West of England and Liverpool in particular. It should be well worth a watch, as people from that part of the country have a great sense of humour.

This is just a taster of what is on offer during The Edinburgh International Festival; with over 50,000 performances at 300 venues, there is definitely something for everyone; perhaps one that we have outlined might be just the one you are looking for, who knows.