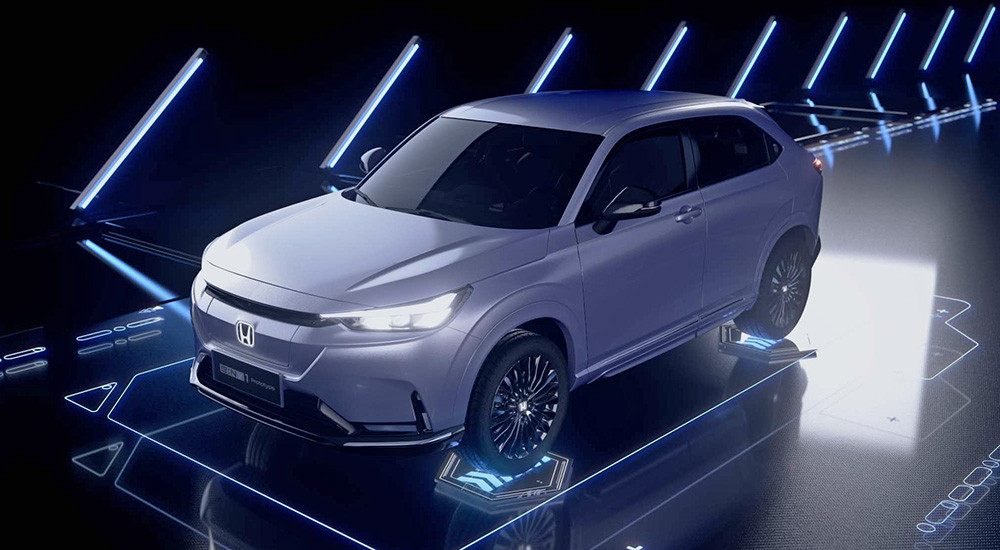 At the launch of the new Civic, Honda has revealed plans to expand its European line-up to the largest it has been for years, with all models electrified at the very least.
Amongst the announcments was the news that Honda’s electric city car - the Honda e - will be joined next year by the e:Ny1 pure-electric crossover. The new compact SUV looks to share plenty of styling cues with the new HR-V, which is currently available with a conventional hybrid powertrain - but will be pure-electric only; though details of the range, power, and battery are yet to be confirmed.
Honda has also revealed that the new CR-V due in 2023 will be available as both a conventional and plug-in hybrid, as Honda continues to electrify increasing proportions of its portfolio. The CR-V is already available as a hybrid, but the new version will bring in a PHEV option, with a longer electric-only range and the potential for zero-tailpipe emission driving for exteneded periods of time.
With the launch of the new Civic, Honda’s entire car line-up is available as either a hybrid or pure-electric model, currently incorporating the e, Jazz, CR-V, HR-V, and new Civic.
Honda is far from just an automotive manufacturer however, and has started trials of systems in Switzerland and Germany looking at energy storage systems. Vehicle-to-Grid charging is being rolled-out at certain locations, with 50 Honda e vehicles and 35 Honda Power Manager units supplied to car sharing operator Mobility.
The cars and chargers are to be used as part of a car sharing fleet that allows for bi-directional charging, allowing the cars to be, in essence, portable energy storage devices. These can charge up during off-peak times, and support use during peak periods by feeding energy back to the grid.
For the remainder of Honda’s broad electric plans, the Japanese firm will invest in both pure-electric and hydrogen fuel cell development between now and 2050, incuding solid-state batteries, swappable battery systems, carbon neutral fues, and hydrogen cells.
Europe will see an increase in the proporton of electric vehicles from a proposed 40% of sales in the region by 2030 to 80% by 2035. Honda will also end the sale of internal combustion engine cars globally by 2040.
Share: