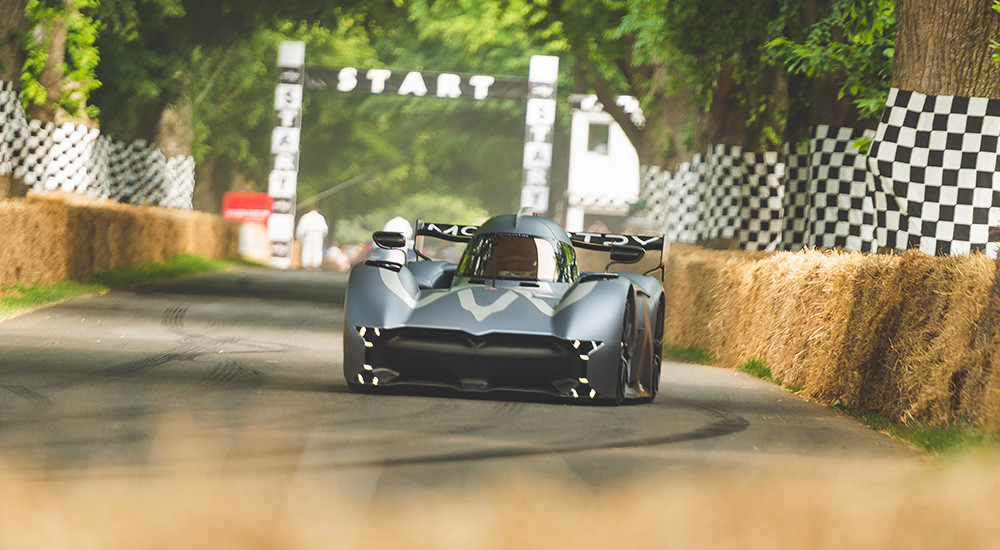 The Goodwood Festival of Speed is one of the key dates on the car fan's calendar, with exotic metal on show and run up the famous hillclimb course. Both road and track cars share the run, but one thing that's apparent with this year's event is how many electric cars tackled the hill.

If there’s any doubt as to how much Goodwood has embraced electric cars - and vice versa - the top two fastest cars to ever complete the hillclimb course are both electric.

This prototype from manufacturing giant VW took the record in 2019 with a time of just 39.9 seconds. For reference, that’s almost two seconds faster than the McLaren MP4/13 Formula 1 car which sits in third in the outright standings.

Take a look at the video below to witness the sheer speed of the thing. And no, it's not a squashed image, the McMurtry really is that narrow.

It’s not just dedicated hillclimb specials that have been causing a stir at the festival. Ford appeared with its latest version of the Transit Supervan. Going back to 1971 when engineers too the engine out of a Le Mans-winning Ford GT40 and plonked it in the back of a Ford Transit, there have been four iterations of this bonkers concept created.

This fourth version is based (loosely) on the current Ford Transit Custom, which will be available as a pure-EV from next year. This one though has four electric motors producing a combined 2,000hp and enabling a 0-62mph time of under two seconds. There’s also enough aero to keep the van planted on the road, though the front splitter wouldn’t be much use over speed bumps should a deliver driver ever get their hands on it.

It’s actually built on a purpose-built chassis, powered by a 50 kWh battery, and is purely a a marketing exercise - but what an exercise. 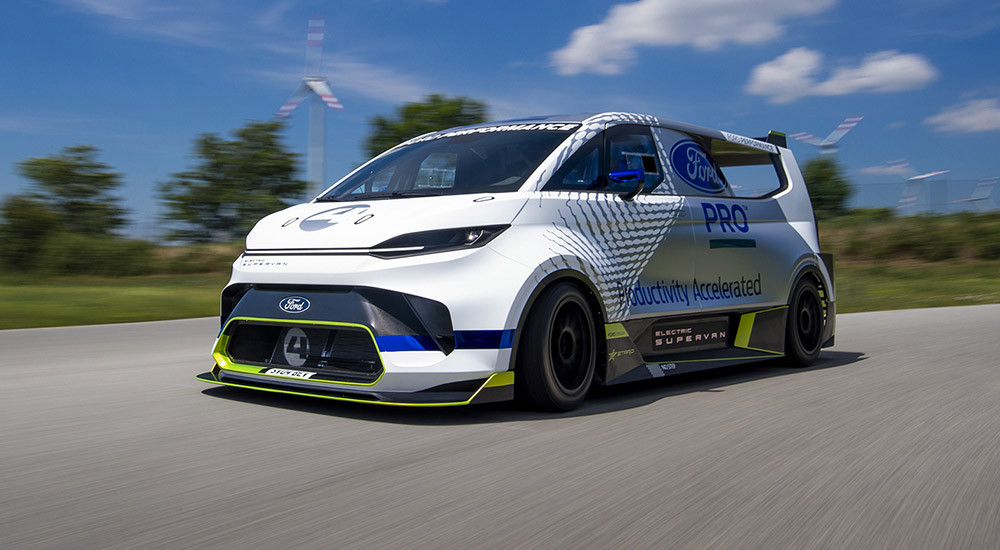 If the McMurtry posted an impressive time, in second place in the 2022 Festival of Speed shoot-out with a time of 45.5 seconds was Porsche’s 718 GT4 ePerformance. This 800 kW (1,088hp) prototype is based on the GT4 racing car, but powered by an electric powertrain that came from the 2021 Mission R concept.

This produces 450 kW at race pace for 30 minutes, but is upped to the full 800 kW for qualifying trim. Porsche’s 900V system can recharge the car from 5-80% on just 15 minutes, and performance is on a par with the current 992-generation 911 GT3 Cup cars. So hopefully Porsche will introduce it as a fully-fledged racing car in the near future.

The Ford Supervan published the sixth fastest time with 46.58 seconds, but the First Corner FC1x driven by Jenson Button claimed 8th, seeing four pure-EVs finish in the top 10 positions. The FC1X is a rallycross car that will race in an all-electric class. 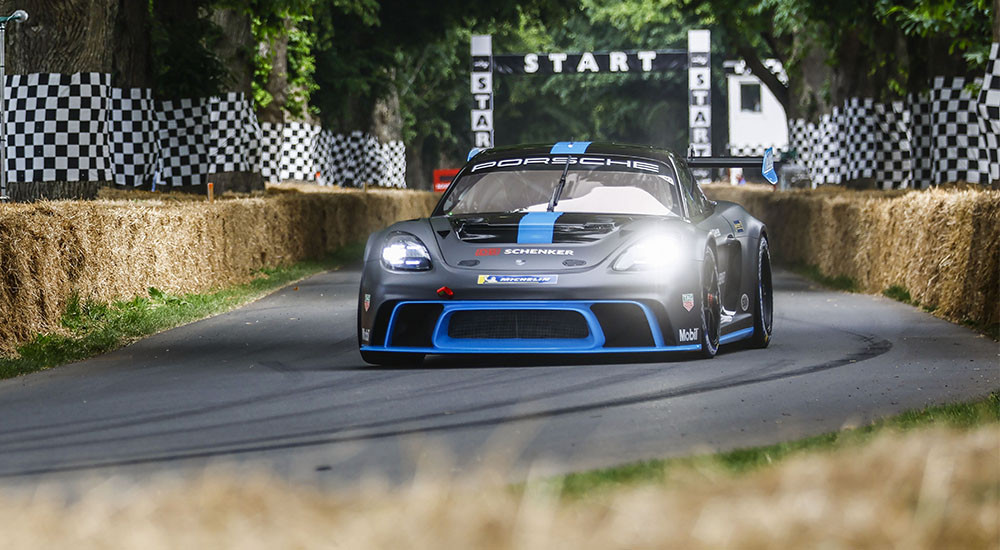 Not all cars are racing cars

Perhaps most impressively in the Goodwood times is Lucid Air’s 12th placed finish on the timing sheets, with 50.78 seconds putting the all-electric saloon ahead of dedicated sports cars like the Porsche 911 GT2 RS MR, BMW M4 CSL, Chevrolet Camaro, and Ferrari Roma.

The executive four-seater managed to topple some famous names with the help of sound 1,000hp, making it the fastest production car to ever run up the Goodwood hill.

The Americans were over in force for Goodwood, with Fisker showcasing its Ocean SUV for the first time in Europe. The EV will launching the UK next year, with prices starting from around £35,000.

Also on display at Goodwood’s expanded Electric Avenue were the concept version of Renault’s highly anticipated 5 EV. Lotus previewed the Eletra electric SUV, and both new and established EVs were on show from the likes of Skoda, Cupra, and Vauxhall. Event sponsor Genesis also revealed its Electrified GV70 for the first time at Goodwood.

As the automotive world heads increasingly into an electric future, even the likes of the Goodwood Festival of Speed - once staunch bastions of petrol power - are increasing their EV displays and runs. It’s a sure sign that tipping points are being tipped in the run to the ban on new petrol and diesel cars in 2030. 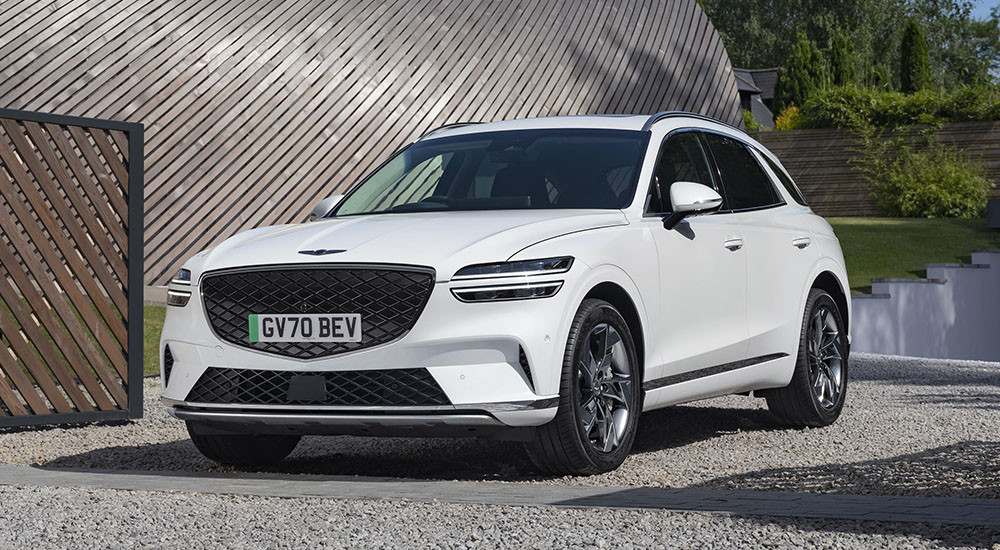