News, Views & Insights/ Motoring/ YPS Insight: The future of EV charging - what does EV charging look like over the next few years?

YPS Insight: The future of EV charging - what does EV charging look like over the next few years? 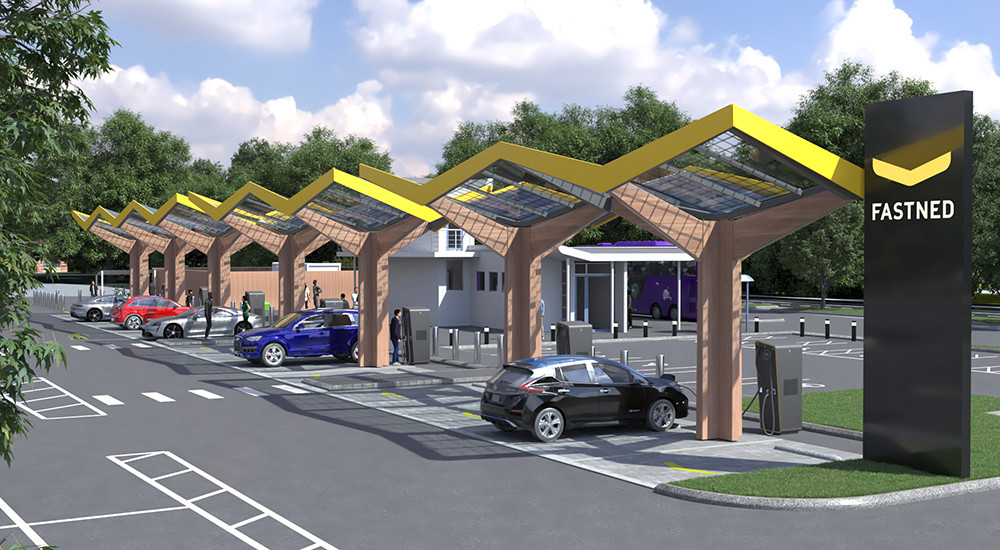 As electric vehicles become increasingly commonplace on UK roads, the requirement for charging them grows also. We look at what to expect from the EV charging market over the next few years.

There is set to be plenty of development over the next five years in EV charging, with some ideas already a fair way down the line, and others just starting out.

Of course, the focus is on public infrastructure, but EV charging at home and work is more important most of the time, and significantly reduces the number of public points required. 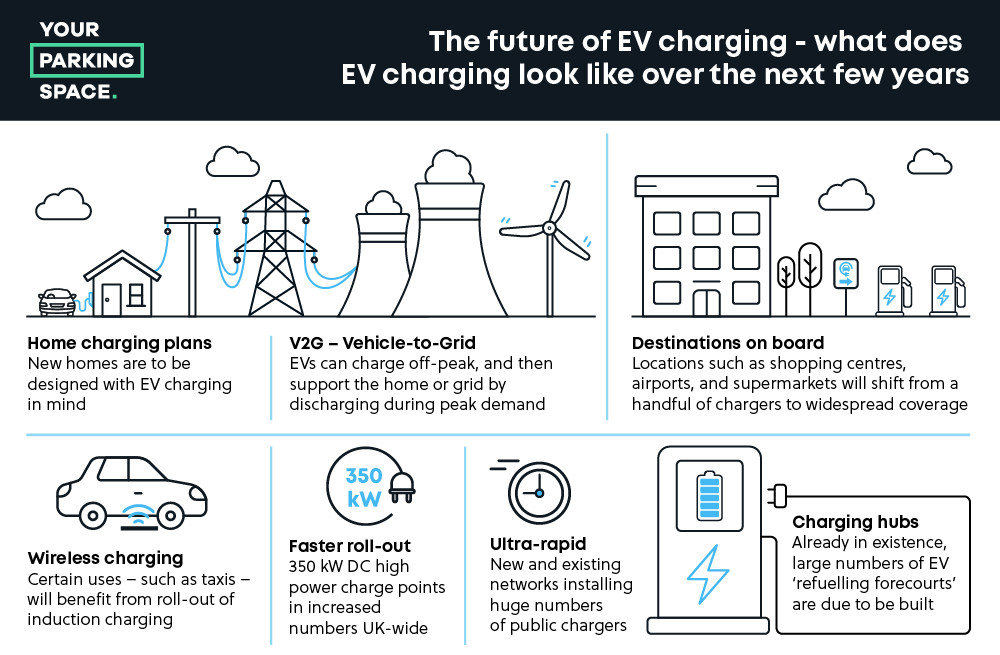 High-power chargers (HPCs) or ultra-rapids are no longer new, but they still lag behind the rapid charge point for widespread availability. This is a crucial change that we shall see implemented over the next few years.

With faster charging speeds - anything over 100 kW, but often 150 kW, or even up to 350 kW - charging times are reduced on EVs that can take such power.

By adding hundreds of miles in 15 minutes, it keeps the chargers available for other drivers to use, and also makes long-distance EV driving a more attractive proposition.

Currently, high-power chargers account for around a quarter of all rapid/ultra-rapid points in the UK, though more than half of those units are on the Tesla Supercharger network, only available for Tesla drivers.

By building out far greater numbers of high-power points, the majority of new EV drivers will be able to charge to their car’s potential.

There are already huge plans in place from a variety of networks to get new charge points into the ground. The likes of the Gridserve takeover of Electric Highway - found at motorway services - has seen a commitment to both replace the old, unreliable points, and then also boost the numbers of units in the ground.

Pan-European ultra-rapid specialist Ionity has recently committed to phase two of its roll-out, adding more sites and increasing the number of points at existing locations.

Then add in the likes of InstaVolt and Osprey in the UK boosting numbers regularly, and big-oil backed BP Pulse and Shell Recharge, and the number of points is going to rise quickly.

With electric vehicles placing more strain on the national grid as they become more popular, there are calls for wholesale improvements to infrastructure - those aren’t really needed. Firstly, the grid has capacity for large uptake of EVs if used in a smart manner. But also, EVs offer a solution to the ‘problem they create’.

The use of V2G charging allows electric vehicles to become mobile energy storage devices - a battery pack with wheels. By charging up in off-peak times and then feeding into the home/workplace or grid at points of high demand, EVs support not just other electric vehicles, but anything else powered by electricity.

Recently announced rules from the UK Government state that from 2022 new homes and business premises will have to be ready for EV charge points, with all the infrastructure and systems required to install units easily.

This will dramatically increase the number of home, workplace, and destination charge points available for EV drivers to use - though as yet specifications and additional information have not yet been revealed.

Yup, that’s the same sort of induction charging used for many mobile phones… just for a car. It’s not an ideal system, with greater efficiency losses than a wired set-up.

But it does allow for vehicles such as taxis a handy way of easily charging - and even moving along a taxi rank - without plugging in multiple times.

This is very much one of the concepts that is already on the road to being established. But whilst there are a handful of large-scale charge points across the UK currently, there are plans for large numbers of hubs to be built nationwide.

What this does is offer as may charge points as you would find petrol pumps on a forecourt, and often facilities such as a cafe, toilets, somewhere dry to wait etc to improve the charging experience further. Within a couple of years, charging hubs will be easy to find anywhere.

Suitability for purpose is a key need for EV charge point installation, and this is a theme we’re likely to see developed in coming years. For example, motorway services have rapid or ultra-rapid points fitted, which makes sense due to the sites being visited whilst on longer trips.

Supermarkets often need a blend of rapid and fast points, to accommodate those shoppers nipping in for a loaf of bread, or doing a full weekly shop. Cinemas will see people spend at least three hours parked up, and often longer, so car parks can essentially just feature fast points. Finally, the likes of airports can just install slow points, but lots of them, since most drivers will be parked for hours and often days.

With a number of trends set to come through into the UK EV charging market, what can often be a fragmented infrastructure and one still in its infancy will quickly turn into a coordinated and wide-spread service for EV drivers.