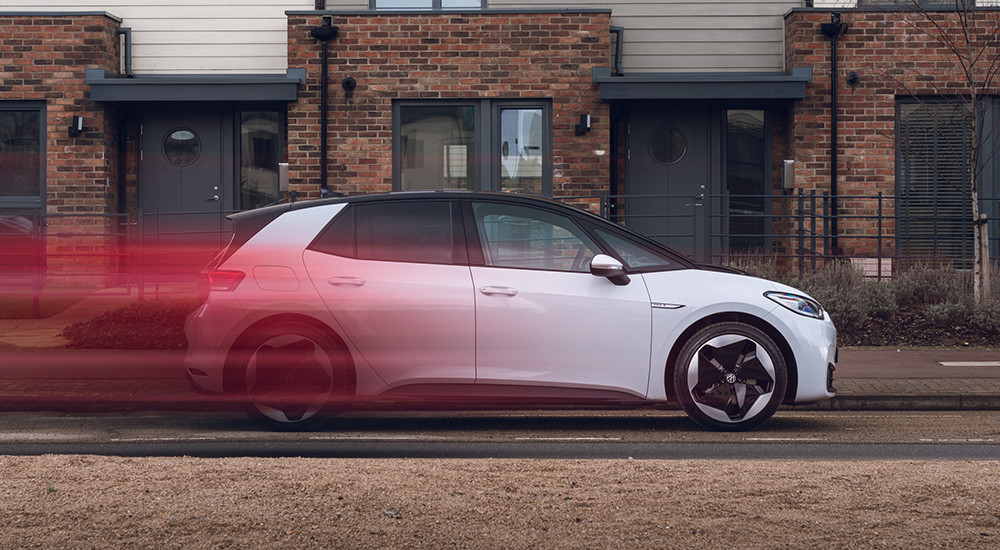 Electric cars are well known for being efficient machines. Electric motors are more efficient than internal combustion engines, there are systems to help recuperate some of that energy that would otherwise be lost under braking, and technology such as pre-conditioning a car whilst plugged in has been commonplace on EVs for years. 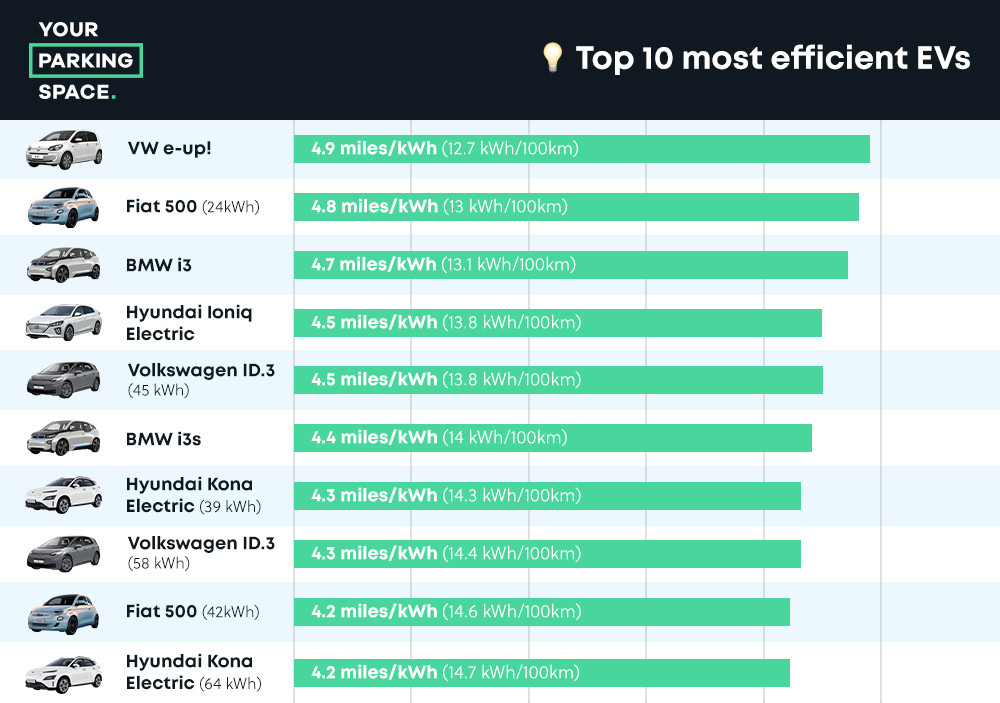 Although range is often focused on, it’s likely that as electric cars get longer ranges, efficiency will come under the spotlight again, just as miles per gallon remains a key metric for petrol and diesel drivers.

The more efficient the EV, the smaller the battery required, which reduces weight, improving efficiency further. A smaller battery also means shorter recharging times, so yes, efficiency is still crucial, even for efficient cars. But which are the best of the best?

We round up the most efficient cars - not including models such s the Renault Twizy which is a quadricycle - on sale in the UK and available as new. 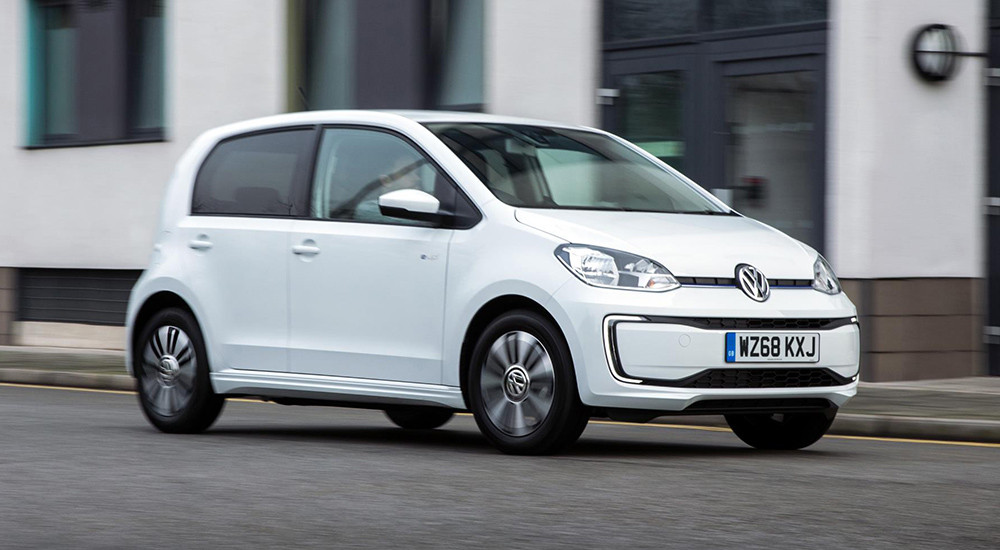 Volkswagen’s electric city car will cover 159 miles on a charge, from its 36.8 kWh battery. With an official efficiency figure of almost five miles per kWh, the e-up! takes top spot in this chart praising the most frugal EVs.

Fun to drive, and with plenty of pep when accelerating, the e-up! is a practical little car and one that would comfortably make an ideal runabout or commuting car for many. 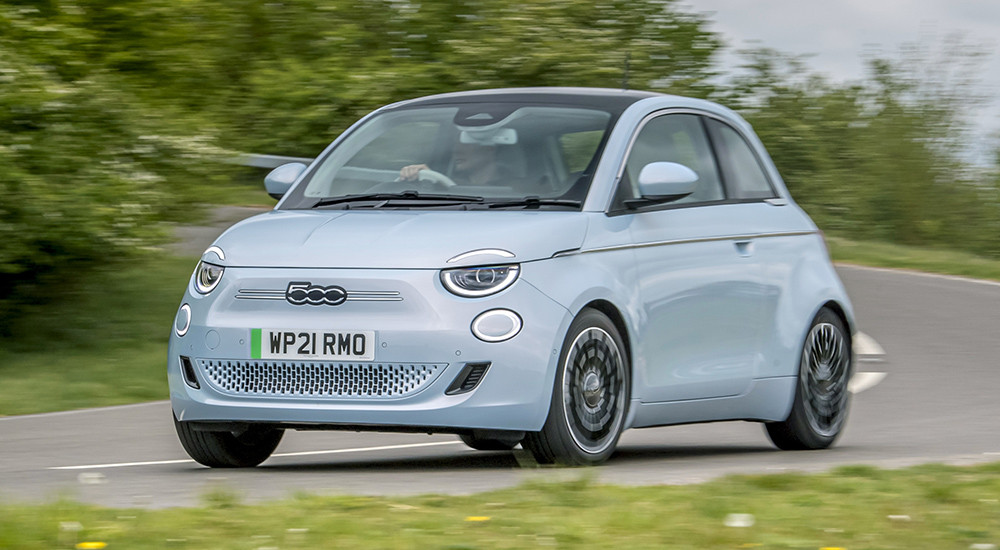 If the e-up! is a great little car, the Fiat 500 lays claim to being an even better one. Newer than the VW, Fiat’s iconic 500 nameplate only resides on pure-electric models, with both the different powertrain types available featuring on this list.

The smaller battery and lower power motor come in at second place with an official range of 118 miles from the 24 kWh battery. Fun to drive, strong brake energy recuperation, and plenty of style will appeal to buyers. 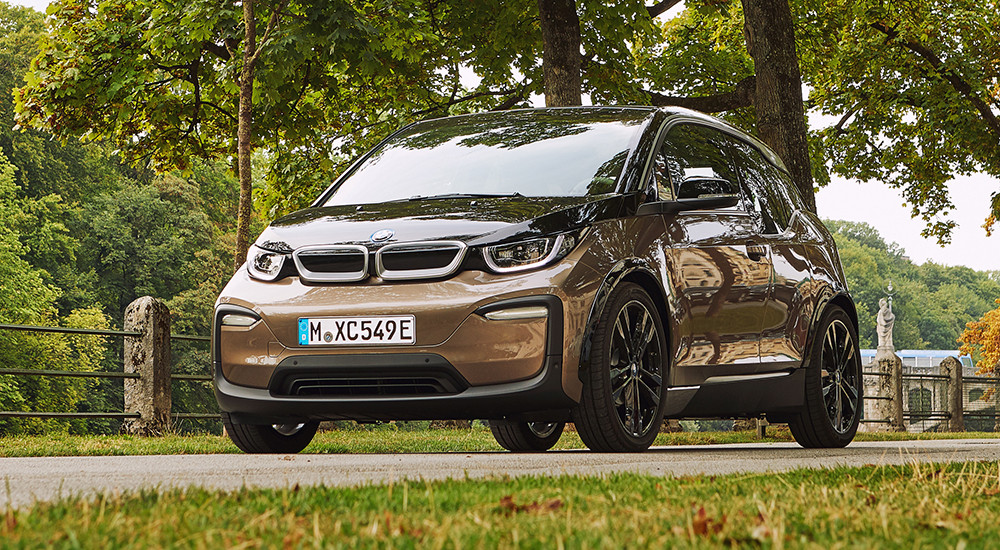 There are few cars on the road with a greater focus on efficiency than the BMW i3. Built around a carbon fibre core - unusual for anything this side of a supercar, let alone anything so humble as a supermini - the i3 has benefitted from two upgrades during its time on sale.

With a range of 191 miles on a charge and the current version featuring a 42.2 kWh battery, at the last update BMW removed the range-extended model from sale, believing the range on offer was enough to cover what’s required anyway. 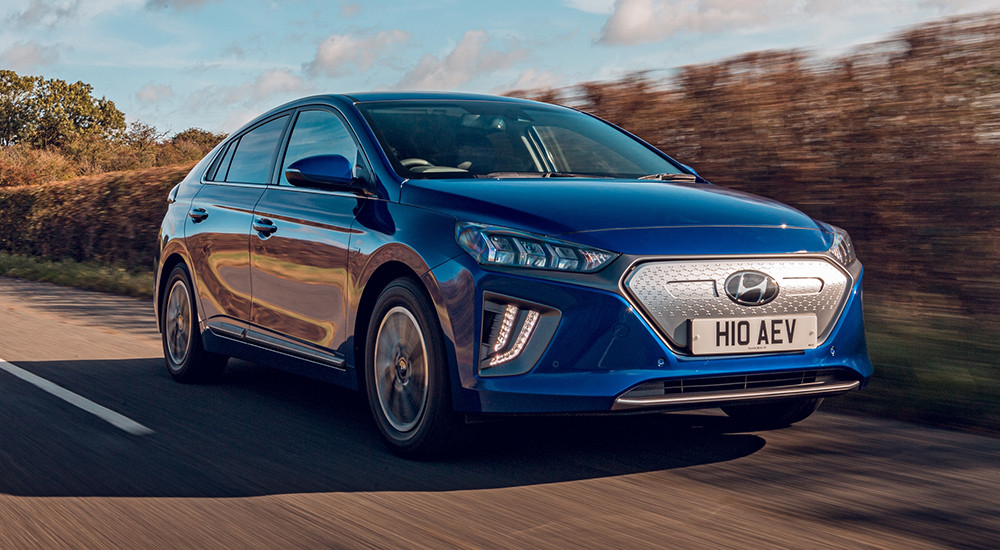 Hyundai’s Ioniq Electric has always been a very efficient model, far more so than any of its rivals such as Nissan’s Leaf. In fact, it’s taken the far more modern VW ID.3 to challenge in the family-sized hatchback class.

With a 38.3 kWh battery offering a range of 193 miles on a charge, the Hyundai Ioniq Electric makes the most of a fastback shape for slippery aerodynamics. Considering it’s built on a platform that has also been designed for petrol engines, it’s an impressive effort. 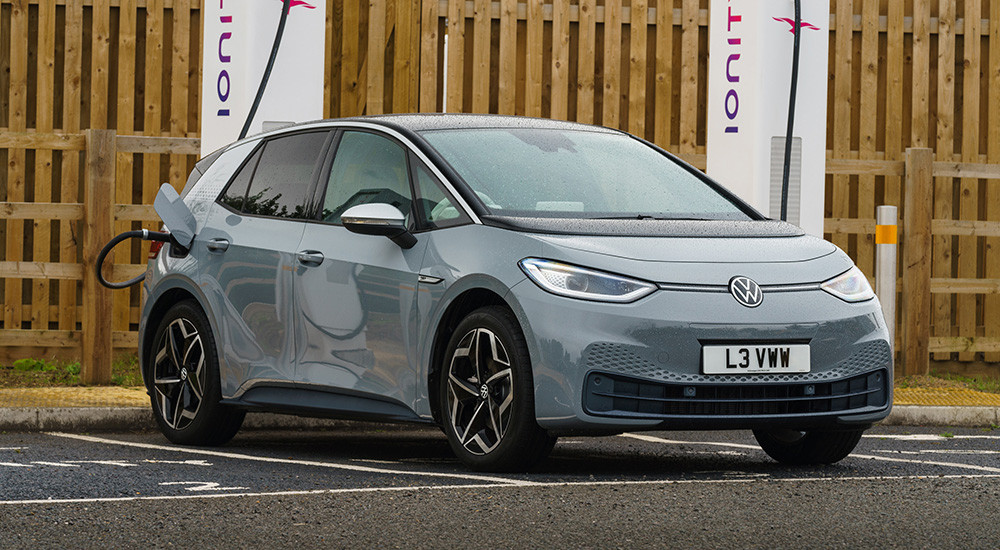 Equalling the Hyundai’s economy scores is the similarly sized Volkswagen ID.3. Well, a similarly sized footprint, but a very different shape and a more practical interior thanks to an EV-specific platform.

The most efficient of the ID.3 range is the smallest battery model, which after the brief explanation in the opening, should come as little surprise. Still good for a 217 mile range, the 45 kWh battery might be the shortest-range ID.3 you can buy, but it’s still plenty for most. 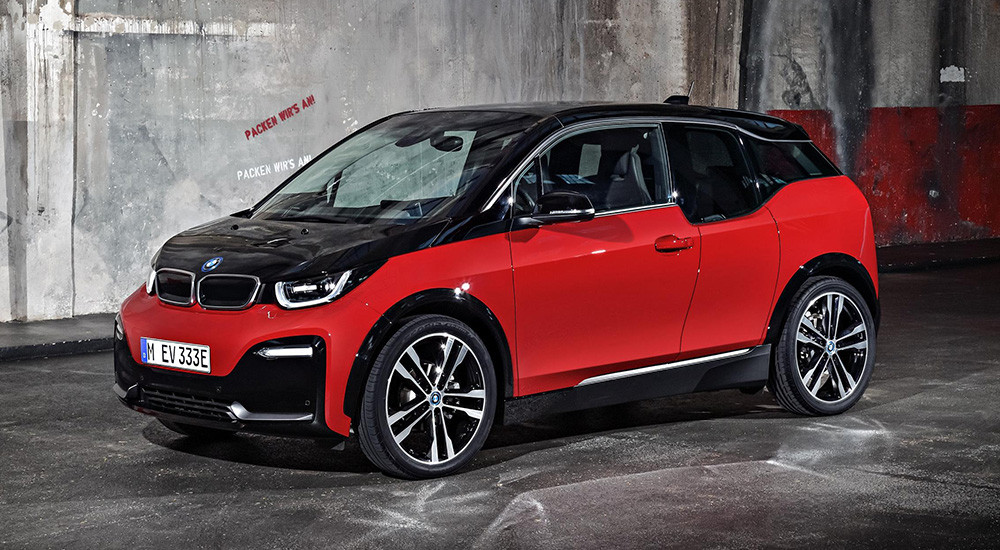 It’s a sign of how much work has done on the efficiency for the i3 that even the performance model is in this list. Featuring the same 42.2 kWh battery as the standard i3, the i3s has a more powerful motor, and wider stance for improved handling.

Despite this, an economy score of four miles per kWh remains impressive, giving a range of 176 miles, essentially thanks to the carbon core that the BMW is built around - lightness is key. 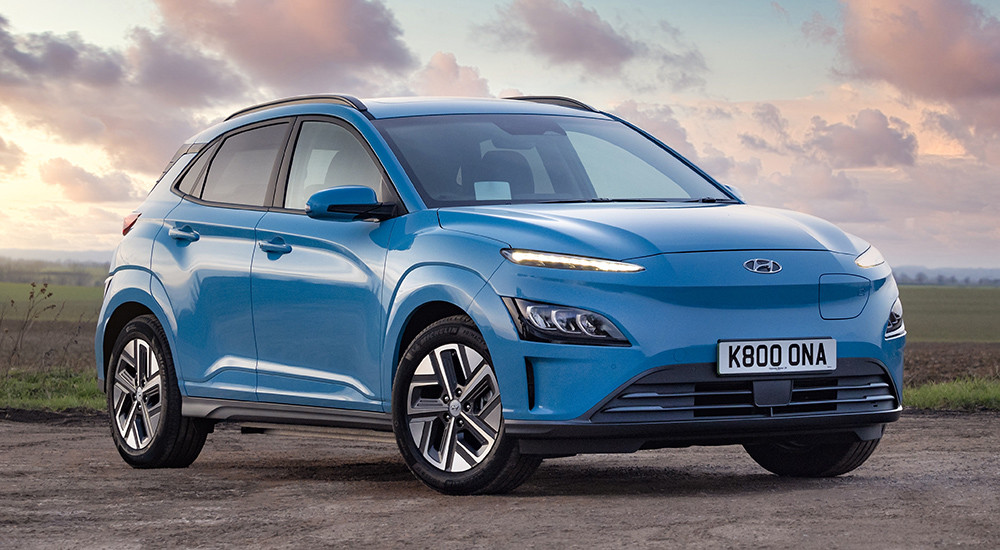 Considering the crossover styling, the Hyundai Kona Electric remains a highly efficient car. Again, the smaller battery of the two on offer is the more economical, but both models make the top 10.

A range of 190 miles on a charge lacks the headline rating of the more powerful model, but it’s still ample for most drivers’ requirements. 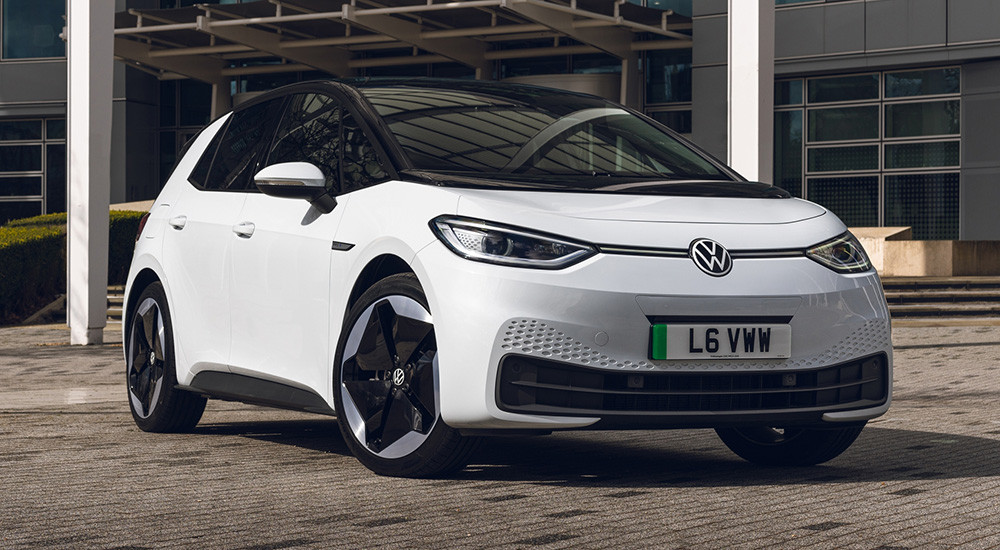 The second entrance for VW’s crucial ID.3 sees the mid-range battery enter the fray. A range of 265 miles is rather good, and in fact the 58 kWh pack may be the Goldilocks option - a good range but still efficient.

Benefiting from ultra-rapid charging, a good range, and plenty of space at a good price, the ID.3 58 kWh models can often prove the best value for money. 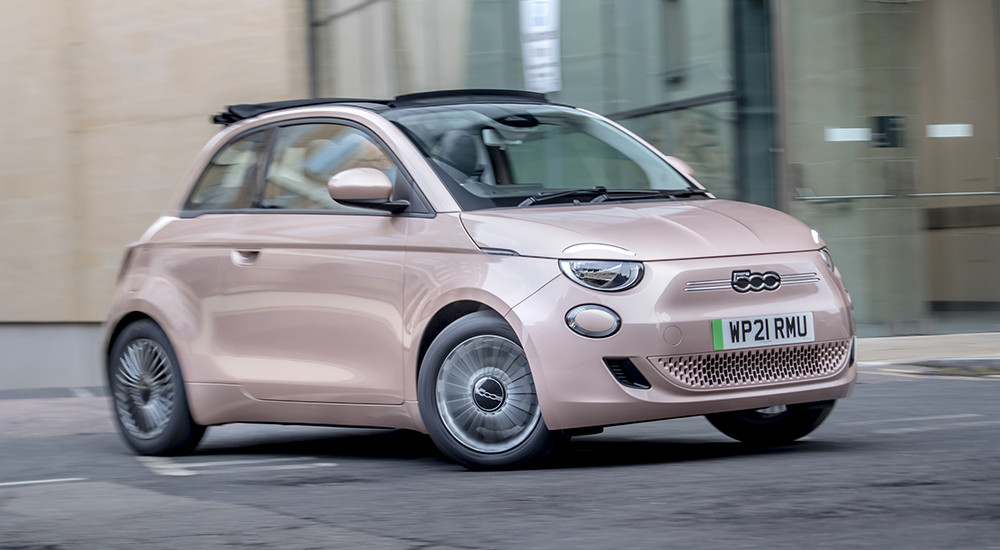 The other Fiat 500 is the one that will be bought more often, thanks to a near 200 mile range from a city car. It’s a combination of a big battery in a small car - remember that the Nissan Leaf didn’t get to a 40 kWh battery until its third update/second generation, and that’s a much bigger car - and strong efficiency figures.

Still achieving more than 4 miles per kWh, the Fiat 500 42 kWh provides long-range driving in a tiny package - and a package with style. 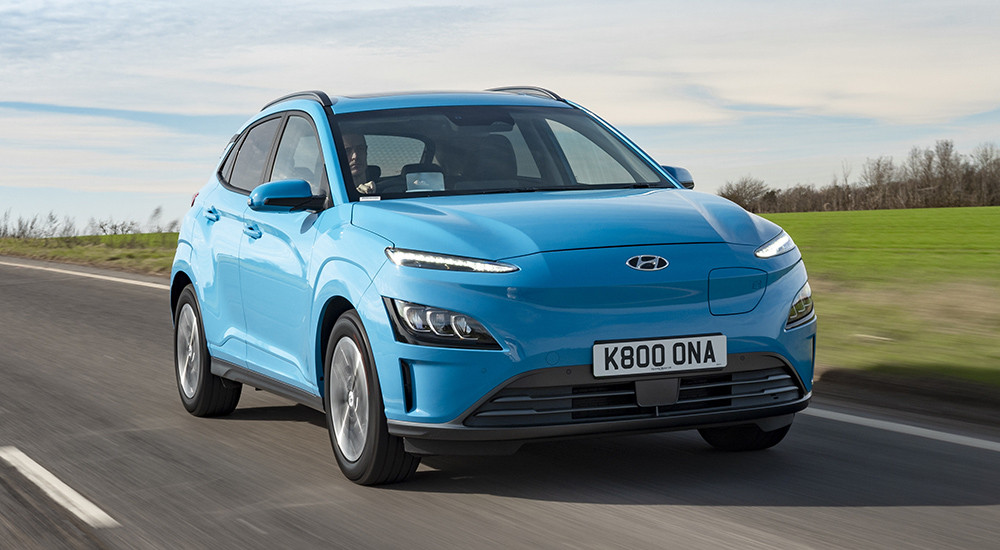 Finishing the set is the other Kona Electric, with the more commonly sold 64 kWh model featuring a range of 301 miles on a charge. All from a car the size of a supermini (on stilts); it was the first EV to take the range fight to the premium models, but at half the cost. And that’s primarily down to efficiency.

When the Kona Electric was first launched, there were no other mass-market models that could get close to 300 miles on a charge - unlike the far more expensive Jaguar I-Pace and Test models. Hyundai offered 90% of the range at half the cost, and with a battery two thirds the size of those found in premium models.