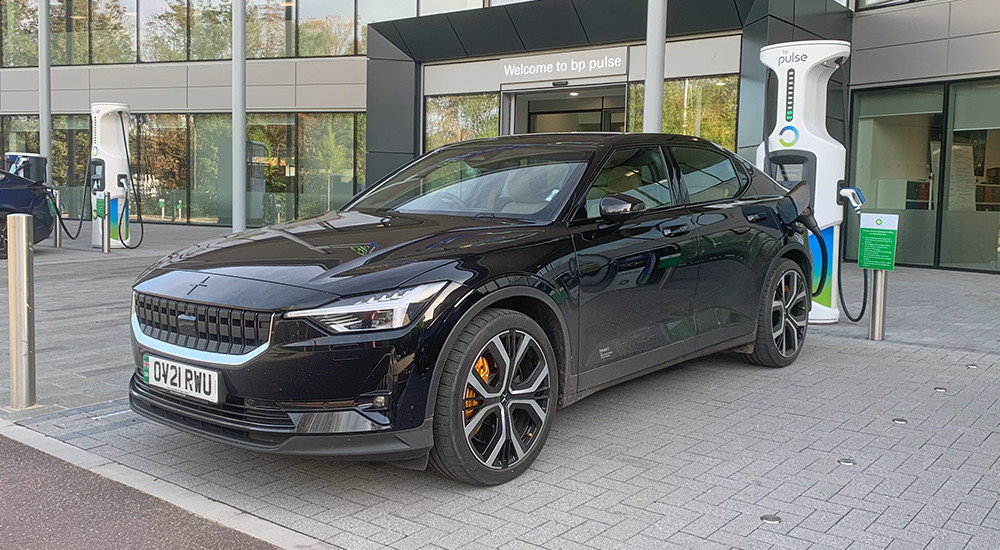 On paper, charging times are simple. Charge points are given a rating in kW, showing how much power it can supply in an hour. And EV batteries have capacity in kWh, so why not simply divide the battery size from the charger power. In principle, that’s how things are done, but it’s not quite as simple as that.

Electric vehicles are able to take a certain amount of power from a charge point, depending on make and model. Although an EV can plug in to a large number of charge points, simply because the cables and plugs fit, it doesn’t mean that the car can charge at the maximum rate.

Many electric vehicles, in particular older models and plug-in hybrids, can charge at up to 3.6 kW. They are capable of being plugged into faster charge points, but will never draw more than 3.6 kW in an hour from an AC charger.

Conversely, EVs capable of charging at up to 7.2 kW can be plugged in to a 3.6 kW charge point and charge, but will not be able to recharge at the vehicle’s maximum potential. The charger will only ever supply up to half the EV’s charging capability.

These look at AC charging - most commonly used at home or the workplace, and at destinations in public. Rapid charging works on the same lines, just at much higher power ratings.

The trick is to work with the lowest common denominator. For broad time calculations, it is the lowest figure that needs to be used between the vehicle and charge point ratings.

Charging times depend greatly on how much charge the battery already has. If it’s close to empty, it can potentially accept much higher charging rates than one almost full. Typically, the best zone in which to maximise charging potential is between 20% and 80%.

Above 80% - particularly on a rapid or high-power device - a battery’s charging rate will slow down. A good analogy is to think about filling a box with plastic balls, like those from a ball-pit, where the battery is the box, and the balls are the charge. Starting with an empty box, you can easily throw the plastic balls in as fast as you like - there’s loads of space for them. But as you get closer to filling the box, you need to slow down to make sure they all fit and that the box is full. It’s a basic description, but something similar happens with charging a battery.

As anyone that has driven an electric car in winter can attest, batteries don’t like cold weather. That’s either being used in chilly temperatures or being charged in them. So a cold environment will slow down battery charge rates compared to an ambient or warm outside environment.

Broadly, around 18-25 degrees C is best for battery charging, though clearly little can be done to control the weather. However, if charging under cover at home, it can help boost charge rates a little compared to outside in cold weather.

Some EVs have a battery conditioning function, which uses a little of the battery’s energy to help keep it in the optimum working range, both when driven and charging. This can help boost recharging speeds, particularly when using high-power devices in public, knocking minutes off a quick charging stop.

It’s not just cold weather that impacts charging performance. If the weather gets particularly warm - uncommon for Britain, granted - it can also restrict charging times. This happens far less frequently than the impact of cold weather, partly because of this country’s climate, but even in other countries on the continent it’s not much of an issue, partly because the battery is housed in the bottom of the car and shaded from direct sunlight.

Most EV charging sites can support the supply of a few charge points with little to no upgrades required. But increasingly, EV charging hubs are being rolled out, with large numbers of points available to use, and theoretically these need to be available at the same time. This is particularly true of those where high-power charging is provided.

For example, if a site has ten EV chargers capable of supplying 150 kW, at one time, it should be able to supply 1.5 MW of power to drivers charging their vehicles. That’s a significant power demand, and as such, these sort of sites tend to have their own infrastructure to help the supply.

To help keep infrastructure costs down however, load management can help balance how much power each charger can provide. A relatively common example - though by no means what is always found - is to see two high-power chargers share a supply. Each can could be rated at up to 150 kW, with either capable of supplying that amount of power in an hour. But because of a shared supply, if two cars are charging at the same time, using a charger each, the supply will be split to 75 kW per unit.

One of the simplest restrictions, but also one of the least thought through, is the charging cable. Anyone who has held an EV charger that plugs into a three-pin socket, and also held a high-power charging cable, will understand that the thickness of these cables can vary significantly. The reason for this is that thicker cables are capable of carrying greater levels of power.

This only really impacts AC charging, where the cable tends to be supplied by the driver, since DC rapid chargers have cables tethered to the device.

What can happen is that a driver has a car that can charge at 7.2 kW and is plugging in to a 7.2 kW charger. As we’ve discussed above, this should mean that the car can charge at the maximum rate, but if the cable is rated at 3.6 kW, the rate will still be restricted.

Think of it as trying to push peas through a straw. A wide straw will allow you to push or roll the peas through easily, while a thin straw will see far greater resistance, slowing how many peas you can push through in a set time.

Mostly, the car will come with the right taring of cable required to allow it to charge to its maximum rate, but it is worth checking of recharging times are regularly slower than expected.

The above example is slightly simplified, because of the reason of the right charging cable being supplied, but it is more common for an EV to be capable of taking a three-phase supply, and therefore charging at 11 kW, being plugged into a 7.2 kW charger with a cable rated for 7.2 kW.