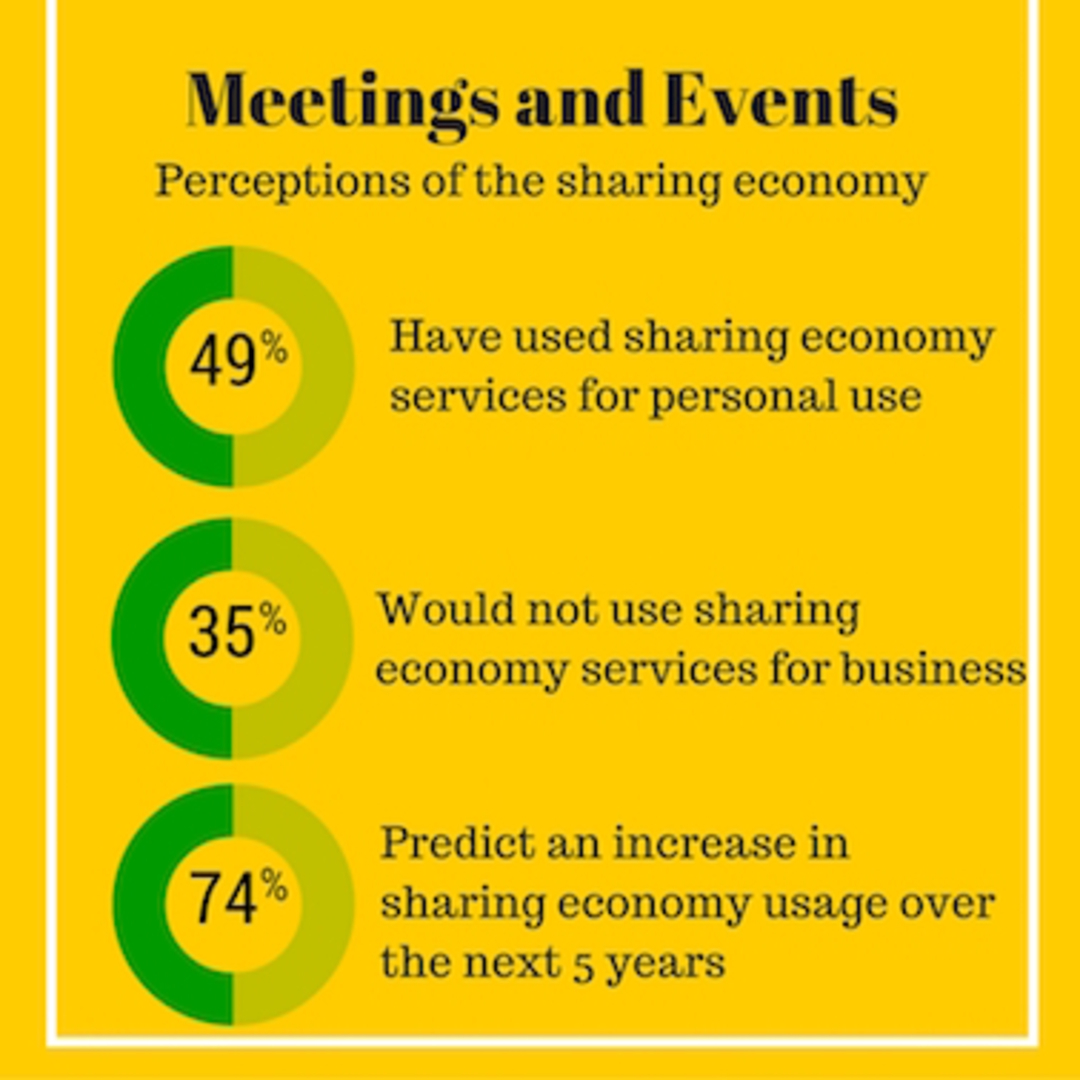 Research carried out by IMEX has been revealed at their new seminar: ‘How can we work with the new sharing economy?’ And it makes for thought provoking reading.

A survey that received responses from 729 professionals within the meetings and events industry has unveiled their experiences and expectations of the sharing economy. It explored the perceived issues, challenges, and opportunities they generate and whether they think usage of sharing economy services will increase, decline, or plateau over the next 5 years.

Perhaps the most surprising statistic unveiled in the survey was the fact that 35 percent would not use a sharing economy service, other than Uber or Lyft, for business. Despite the fact that 49.4 percent had used them for personal reasons, only 20.4 per cent had used these services for business at all, suggesting interestingly that individuals would prefer to use sharing economy services for personal use than business.

The issue then is one of trust, and this is perfectly natural for an industry still in its infancy. If we were to look at an industry like the hospitality industry, it is relatively ancient: while AirBnB was only established in 2007, a company like Hilton Hotels has existed for almost a century. Throughout that century, Hilton has time and again reinforced its value, its quality, and its reputation as a trustworthy institution through branding and marketing. They have created a standard, which is partly reflected in the hospitality model of service standardisation.

For sharing economy services, this standard must be created in a different way, though this does not necessarily make it less trustworthy. By definition, AirBnB cannot provide standardisation in the same way that Hilton can because it connects disparate peoples with very different types of accommodation. This means that evidence and reviews become central to understanding the product offered and shaping consumer expectations.

True sharing economy services provide power to the consumer in the form of the review, which essentially becomes an actualisation of the trustworthiness of a service provider. This can massively determine the potential of return or future business. It could also be argued that the fact AirBnB do not own the rooms they have a more impartial attitude to the products on offer, being able to remove unsatisfactory options rather than a hotel whose rooms are a direct representation of their brand.

It is clear that people see the sharing economy as an integral part of future commerce. However, it is also clear that it is changing the market, creating a marked shift which allows for a more individualistic market place, and with this the requirement for methods that solidify and codify the relationship between sharing economy consumers and providers. It would certainly be interesting to run a similar survey in 5 years.