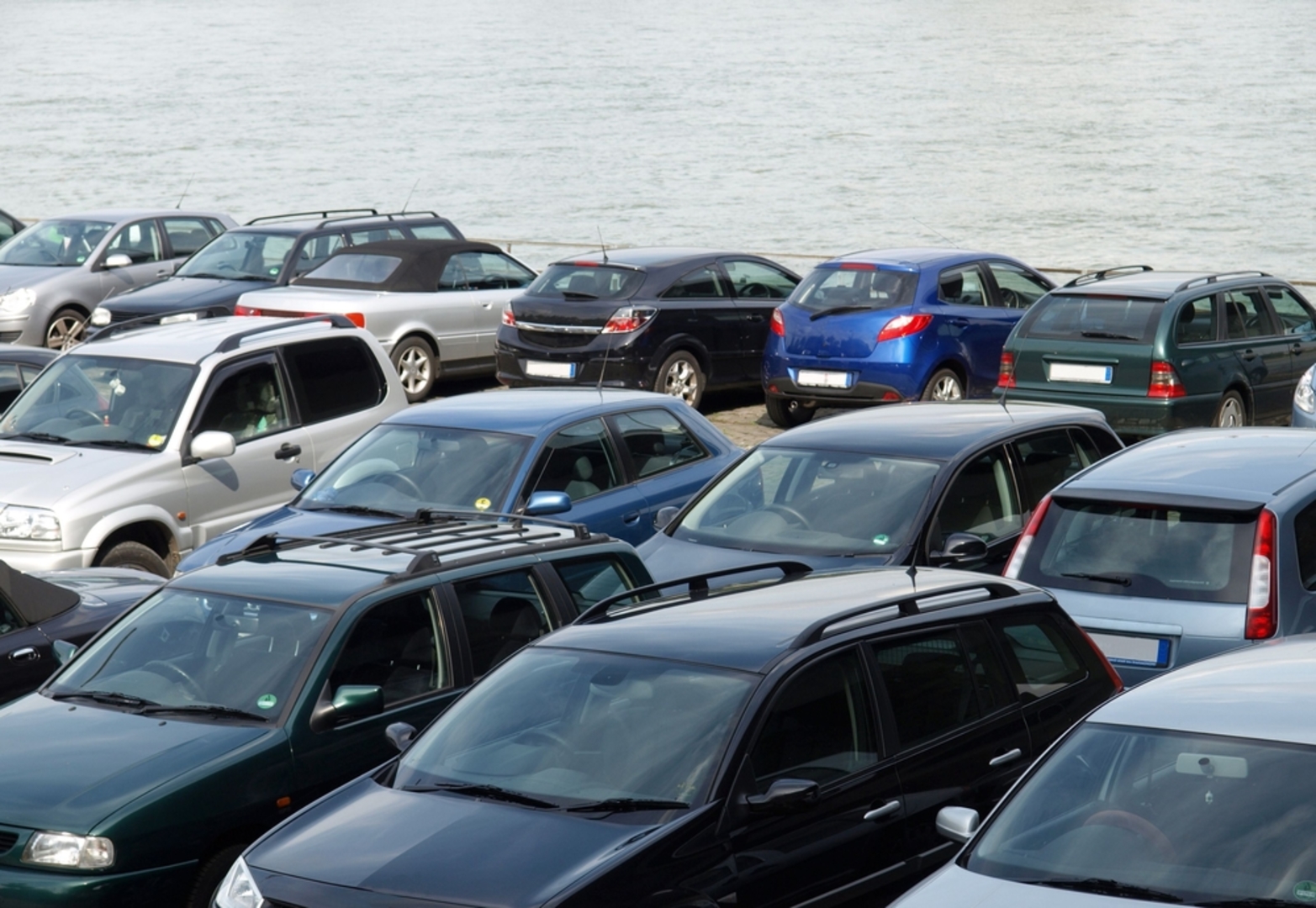 That is a very good question, the answer to which will surely depend upon the date benchmark, because arguably vehicles have grown in size, certainly in an upward direction and in width with the advent of the SUV, but lengthways, the size has grown very little.

What cannot be disputed surely is that marked parking spaces have not grown, certainly in width. Go to any supermarket, or public parking area, particularly multi-storey car parks and try to open your door, difficult particularly if the car next to you has parked close to the marking, it is then that you soon will begin to find out that the cars which we drive have in fact become bigger.

The Rise of the SUV 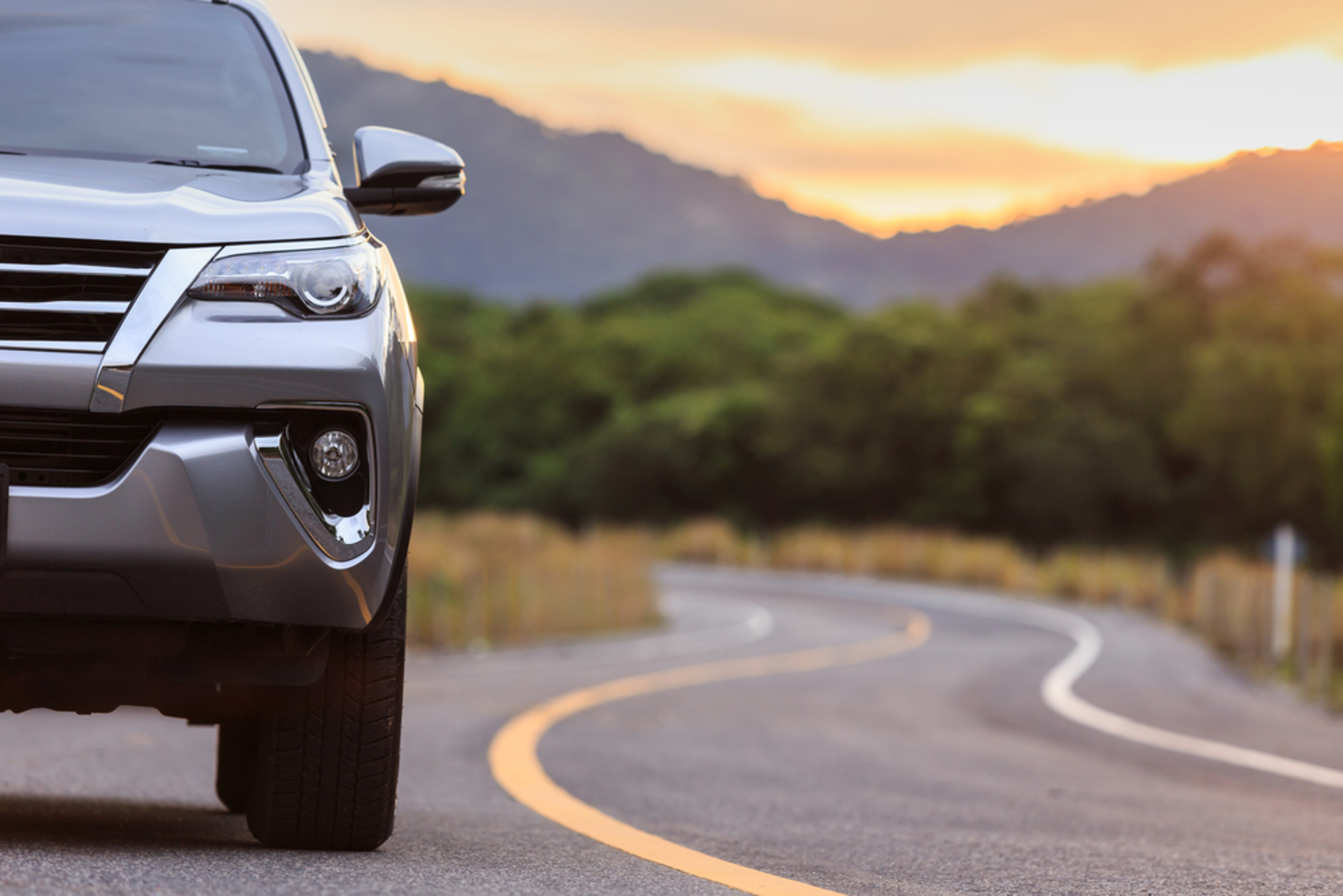 The motoring public has certainly fallen in love with the SUV, in 2015 for example, sales topped a record-breaking 630,000 in the UK, making it one of our most popular car-buying choices. The SUV is not something that has just arrived on our roads, the mighty Range Rover first appeared as far back as 1970, but it was the arrival of the Nissan Qashqai in 2006, which spurred the huge interest in SUV’s today.

The Qashqai is known as a “compact crossover” sold in two wheel, or four wheel drive versions, but it has become a favourite amongst the motoring public. The Nissan probably spurred other manufacturers to look at their range of vehicles. Some already had favourites amongst the buying public, the Honda CRV an early favourite, produced first in 1995, some eleven years before the Qashqai. Others followed on from the success of the British built Nissan, a late comer, first appearing in 2015, but it has proved to be a success as the second best-selling crossover after the Qashqai.

Volvo is enjoying great success with their XC90, which comes with room for seven, with four-wheel drive as standard across the range. Kia with the new second-generation Kia Sportage is the archetypal mid-sized crossover. Good looking, comfortable and fantastic value for money, it builds on the success of its predecessor, which was instrumental in turning the once-derided Korean brand into a major international player. Ford are also in the running with the Kuga, which is one of the best handling cars in its class and if it is something that you need, it offers a cavernous 1,603 litre load capacity with the rear seats folded.

Why Are We Turning to SUVs?

The SUV is unquestionably popular as we can see, but why we have to wonder has it taken buyers by storm. There can be little doubt that this is in no small part down to the feeling of safety and security when driving, Add to this that drivers also enjoy the higher driving position and increased load space. These very popular motoring giants now account for a whopping 27% of the current UK market. 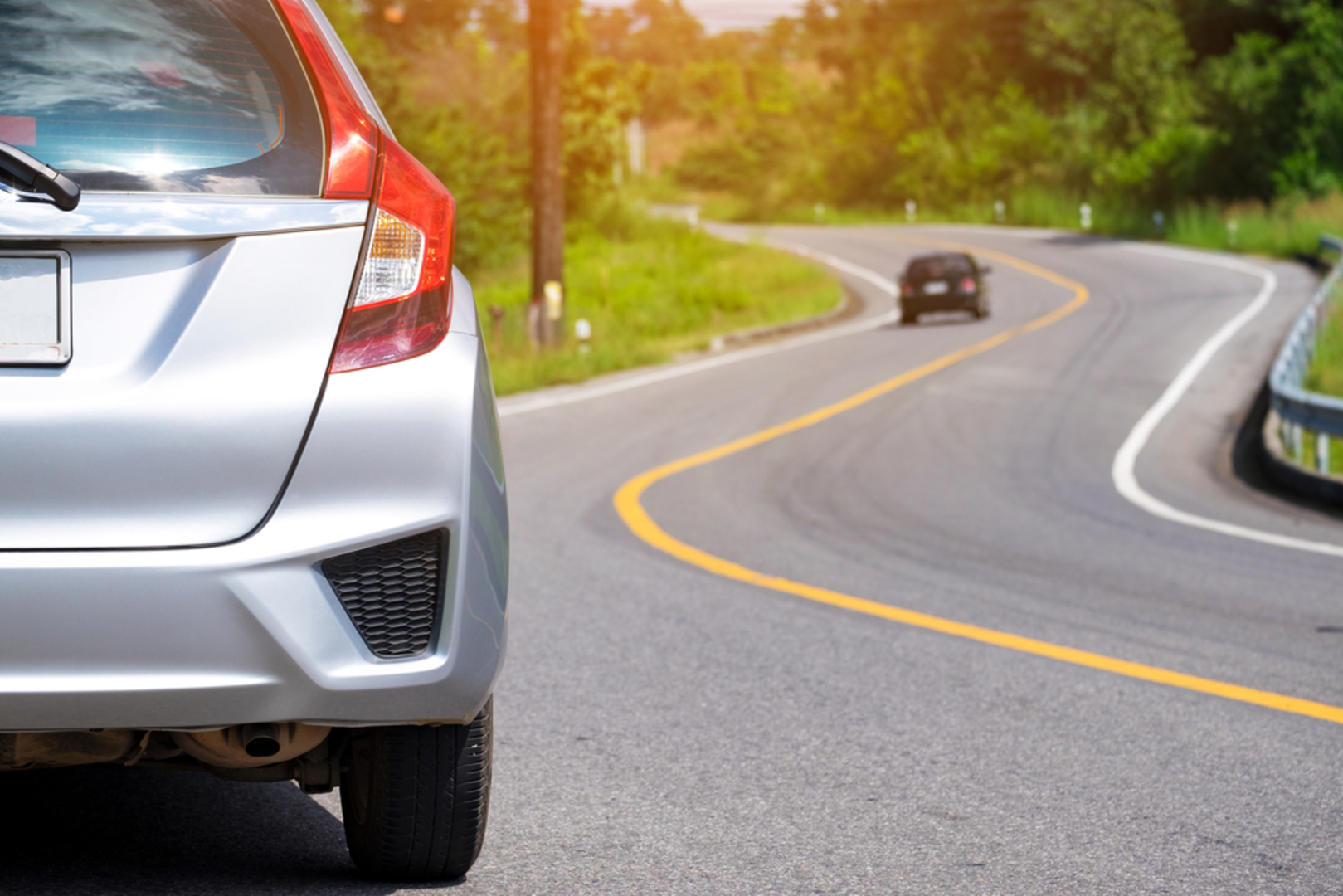 It is not only the now popular SUV that has outgrown our parking spaces, the small hatchback and family saloon have “put on a few inches” since the motor car became an affordable item.

Following on from the ending of World War2 one of the affordable cars was the Ford Anglia. This was just 1.42 metres wide or just under 4 feet 8 inches in “old money”, but the Ford equivalent today is probably the Fiesta which is a portly 1.72 metres, or just short of 5 feet 8 inches.

This may not seem very much, but the problem becomes worse if, for example there is a child to get out of their car seat, or if you have a two door version, as these doors are considerably longer to allow passengers into the rear seats, again the Vauxhall Corsa is similar in size to the Fiesta at 1.74 metres wide.

Other popular makes and models are: Ford Mondeo 1.85 in width, Vauxhall Astra 1.80, Ford Focus 1.82 and VW Golf 1.79, all presenting problems when parking in the marked parking bays. One glaring example of a car which has grown out of all proportions is the beloved original Issigonis designed Mini.

Few of these cars are still on our roads, but when seen they really are small, the salon was only a fraction over 3 metres long (10 feet) and the width a tiny 1.39 metres (4 feet 7 inches) parking one of these was an absolute doddle. Contrast that with the modern BMW Mini, the Countryman version is whopping 4.3 metres long (14 feet)and 1.8 metres wide(5 feet 11 inches).

The Struggle of ‘Small’ Spaces and ‘Big’ Cars 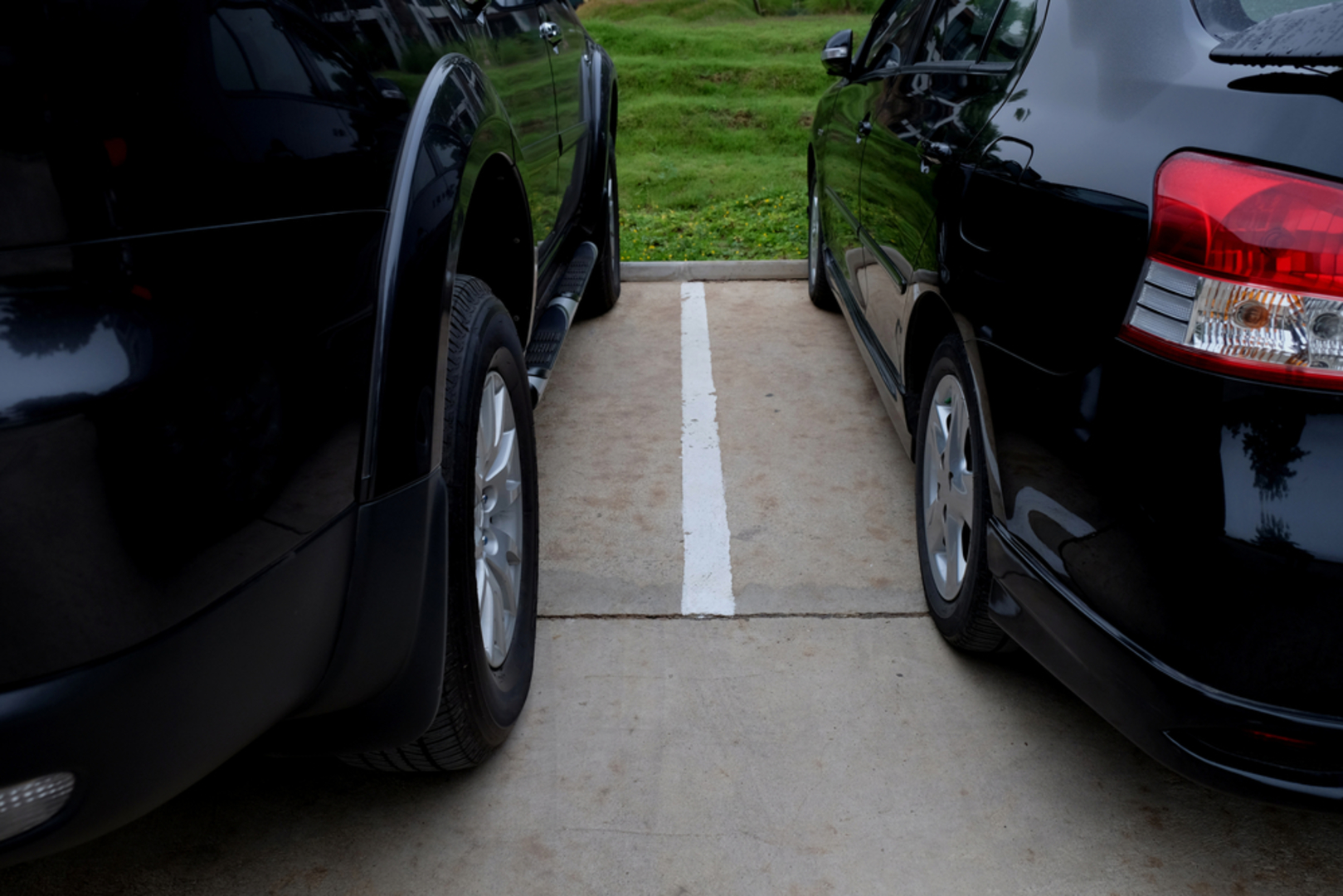 So the difficulty parking our cars in standard marked bays has to be a problem, currently the recommended minimum sizes are 2.4 metres wide and 4.8 metres long, fine if you have an original Mini, but what if you happen to own a Range Rover? Here we can see that the driver will have just 0.4 metres of room to squeeze into a space which is 0.2 millimetres each side, taking a child out will be virtually impossible.

Recently we have seen a rise of parent and child parking spaces in supermarkets, hospitals, doctors’ surgeries and larger shopping centres, which is a welcome change, but for those drivers without a child, the problem remains, which means the vast majority of us.

What Changes Are Being Made? 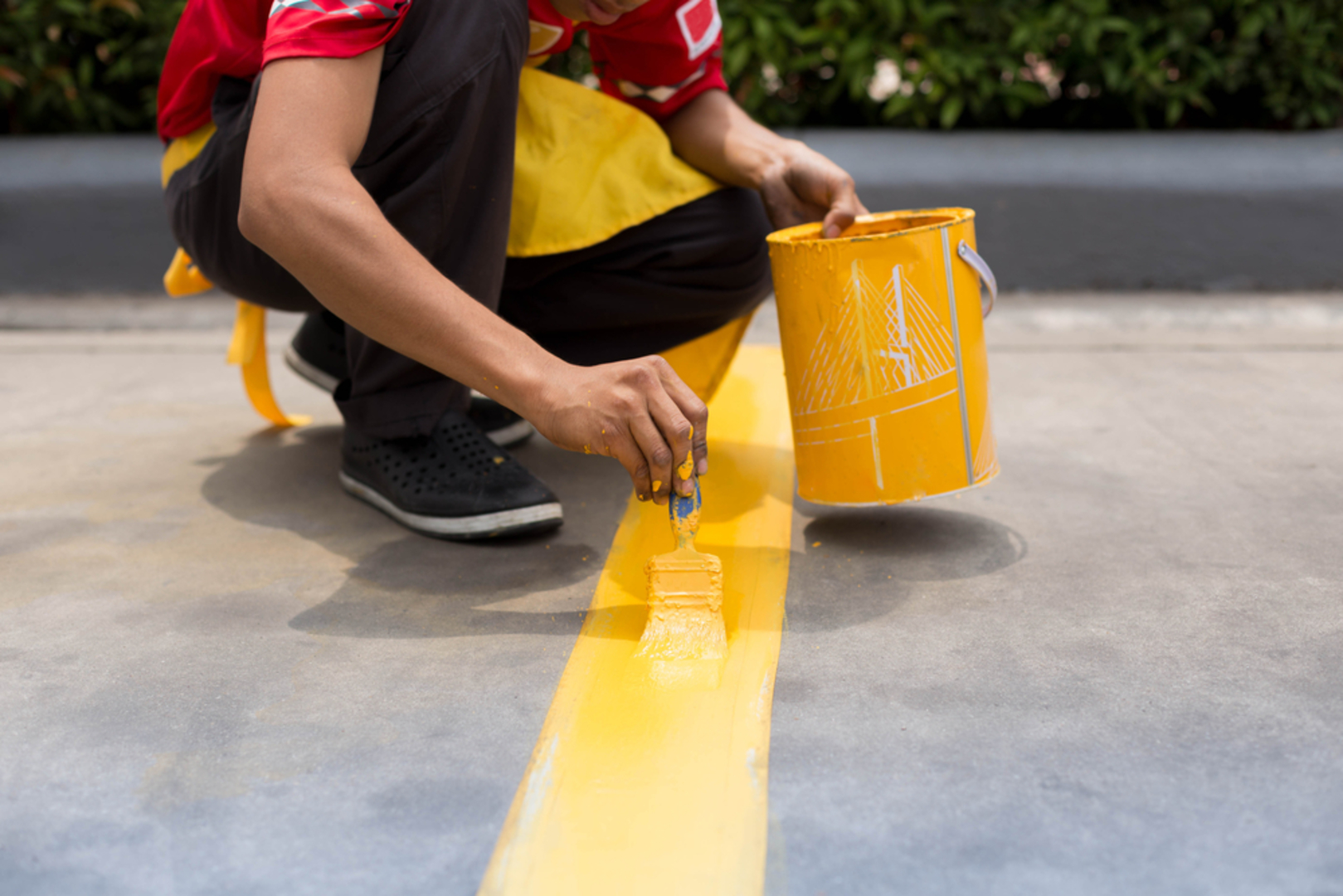 National car park operator NCP has started a scheme whereby it intends to enlarge its parking bays, a move that will be welcomed by just about everyone. The company has actually already trialled the larger spaces in some car parks in Manchester, London and Bournemouth.

What this will mean of course is that there will be a reduction in the number of bays, NCP recognise this and a spokeswoman for the company commented: "this is an extremely fine balance between demand for bigger spaces and the number of spaces available". This company is not alone; there are now calls for an industry standard parking space size in the UK, YourParkingSpace, an online parking marketplace, wants to see car parking spaces large enough to comfortably fit modern vehicles implemented nationwide.

The Downside Of Large Parking Spaces

Should the proposals result in their efforts being rewarded, then this can result in only one thing of course and that is it will mean that drivers will have to wait longer to park, it will also inevitably see an increase in the price one has to pay to park our cars, we are sure to see more dedicated parking being offered in homeowners drives and garages in the future, the benefit being you have your own guaranteed space and plenty of room to get in and out of the car.

The move to large parking bays, even if it means fewer spaces, will be welcomed by insurance companies and car owners, because there can be few of us that have not had our cars damaged in a public car park, multi-storey negotiating around pillars, or in supermarket car parks by poor driving skills or shopping trolleys being squeezed between cars.

Insurance claims for minor scrapes and bumps are high and the figures are rising as the cars we drive get bigger. Figures quoted suggest that 12,000 are reported daily, not all are from car parks of course, but a huge number are. Not everyone will report a car park scrape to their insurers, depending on how much damage has been done to the car, saving your no claims discount and the inevitably increase in the next renewal premium mean most people either have it tidied up themselves or just leave it.

We know that the spaces where we park our cars have changed very little over the last sixty years, this in spite of the fact that some models of cars are a fifth wider than they used to be. As we have demonstrated, the Mini Cooper is 24% wider than the 1959 original; the Honda Civic is 18% wider than the first model launched back in 1973; and the Volkswagen Golf is nearly 12% wider than when it first rolled off the production line and the Ford Fiesta, another traditionally small car, is 10% wider than the original 1976 version.

The insurance industry and the motoring public in general with welcome any move to increase the present size of parking bays. One of the leading proponents of the move is YourParkingSpace who is proposing the introduction of a SizeMark standard. They firmly believe that an increase on the current minimum recommended size for a parking space would help drivers minimise damage to their cherished motors. It would also make it far easier for elderly people and parents’ with children get in and out of their cars.