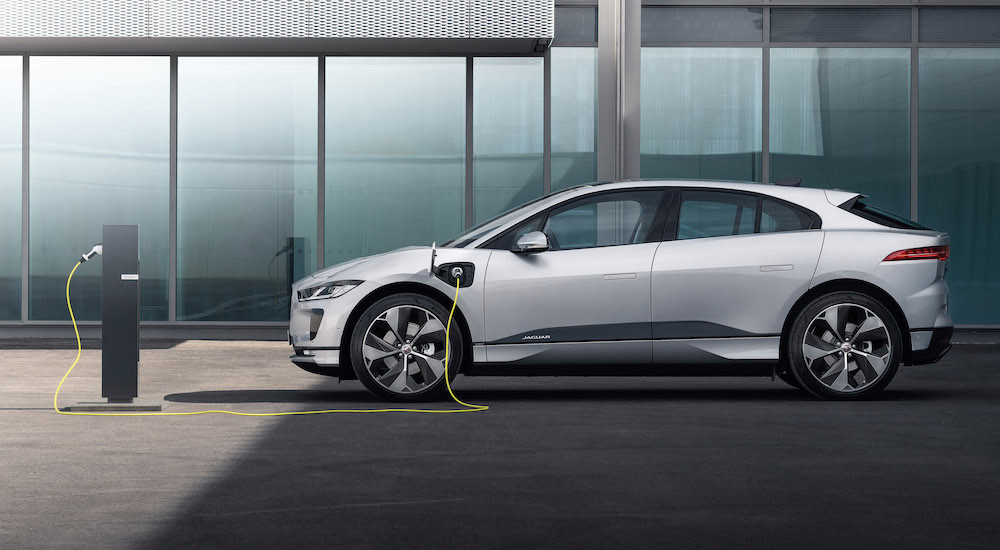 Electric cars are becoming increasingly popular, and it comes as no surprise to those that have driven an EV. Sales are booming, and sightings of electric cars on the road will only increase in coming months and years. We round up the elite electric cars, covering a variety of budgets and requirements.

Refined, cheap to run, and often good to drive, EVs can make a strong case to buyers’ heads and hearts. Driving range - for so many a key concern - is usually more than enough for drivers with the latest models, and there is now plenty of choice so buyers can pick the EV that suits their needs best.

Where once this list would have struggled to include five great EVs, we’re now struggling to keep the recommendations down to a reasonable amount. As such, we’ve given up on sticking to the traditional Top 10, and moved to the far more flexible Top 18 - six recommendations per category. Below are the best EVs available to buy in the UK.

BMW’s i3 has been on sale for more than seven years, but it’s still one of the most futuristic-looking and advanced cars you can buy. A carbon-fibre core keeps weight down improving efficiency and handling, and BMW has regularly improved the battery to increase range. As such, BMW i3 is capable of covering 190 miles on a charge, and is one of the most engaging city cars on the market - electric or otherwise.

For many years, the above i3 had the fun-to-drive electric market to itself; not so anymore. Honda’s e is one of a few new EVs to come along and focus on driving dynamics rather than out-right range. The compact Honda is a hoot to drive anywhere, and is particularly adept at urban routes. A range of 137 miles doesn’t sound much compared to rival efforts, but it’s plenty for most buyers.

Hyundai’s Kona Electric was the first EV to come along and challenge the premium models for range, but sit in the mainstream market. For less than half what you pay for a Tesla or Jaguar, you can get the Kona Electric with a range that gets 300 miles on a charge. It’s good to drive, has a nice cabin, and does everything you would expect of a compact crossover - and all on electric power alone.

Like the Honda e above, the Mini Electric hasn’t engaged in the EV-range arms race. Instead, able to cover 145 miles on a charge, the Electric is largely a traditional Mini, namely a great-handling hatchback with nice styling and a sense of fun. Except this one is electric-only, so not as ‘traditional’ as it first appears.

A key model for Peugeot, the e-208 offers buyers of the popular 208 supermini an electric alternative. It’s stylish, fun to drive, and with an excellent cabin, all of which mean drivers can go electric with no compromise over the excellent Peugeot 208. A real-world range of more than 200 miles is plenty for most daily, or even weekly, needs. Also available are the Vauxhall Corsa-e and DS 3 Crossback E-Tense, which are built on the same platform and use the same powertrain.

A long-term bestseller in the electric car market, the Renault Zoe is now in its second generation. Now featuring a larger-capacity battery and more powerful electric motor, the Renault Zoe Z.E.50 can cover up to *** miles on a charge. One of the most crucial developments with the latest version is the introduction of rapid charging capability as an option, allowing Zoe buyers far greater access to rapid chargers across the UK.

The Ioniq Electric is one of the most efficient cars on the market, managing to cover far more miles than you might expect from its battery compared to rival offerings. The sleek shape helps, but doesn’t take away the important practicality elements from what needs to be a usable mid-sized hatchback. It’s subtle and often forgotten about, but one of the best value models on the market.

If Hyundai’s Kona Electric was the first mainstream to take on premium models in the range stakes, sister company Kia took the fight one stage further. Whereas the Hyundai is a compact crossover, the Kia e-Niro is a full family-sized SUV with all the practicality benefits on offer. It’s a spacious car with plenty of boot space, plus the ability to cover more than 280 miles on a charge.

Newer and not as practical as the Kia e-Niro, the Kia Soul EV is nonetheless a useful proposition, and a more stylish one. The crossover looks more youthful, and its squared off design means it retains a good level of practicality regardless of where it’s pitched in the market. Using the same powertrain as the e-Niro means the Kia Soul EV will also cover more than 280 miles on a charge.

MG is a rapidly growing brand in the UK, and it’s models like the ZS EV that are driving that growth. Offering exceptional value for money for a practical electric SUV, the MG costs less than £26,000 but covers around 160+ miles on a charge. It’s not as plush as other models on this list, but all the key pieces of it are there, it’s an efficient car to drive, and the value for money proposition is tough to ignore.

The original mainstream EV has far more competition than it had almost ten years ago at launch. It remains a useful electric family hatchback however, and although it has slipped behind in terms of outright range, the Leaf has seen regular updates - to both equipment and powertrain - to keep it more than relevant. Available as a choice of Leaf or Leaf e+ for buyers, with the latter offering a range of up to 239 miles on a charge.

Volkswagen reckons the ID.3 is as important a car to the company as the Beetle and Golf before it. Few are disagreeing, and the ID.3 not only carries VW’s hopes for an electric future on its wheel-arches, but those of the much of the VW Group. The platform will be shared across brands such as Skoda and Seat, but to start with, it’s VW that launches a very spacious hatchback. A variety of battery and motor options means choice for buyers is extensive, and the ID.3 is everything you would expect from Volkswagen - well equipped with a quality cabin, and a decent drive.

The pure-electric SUV is available in a number of variants, including two different body styles - e-tron SUV and e-tron Sportback - two battery packs, and three power options including an S performance version. Ranges vary, but the right model can cover almost 250 miles on a charge, and the e-tron range offers one of the fastest charging times on the market. It’s not as sporty as its rival - Jaguar’s I-Pace - but it feels more spacious, has a great cabin, and is a refined drive.

One of the best cars on the market - regardless of fuel type.- the Jaguar I-Pace has the range, design, and driving dynamics to persuade buyers of the benefits of going electric. Able to cover almost *** miles on a charge, the all-wheel drive EV is smaller than it looks, but also more spacious inside than one might expect. Quick but refined, the I-Pace follow in the footsteps of famous past Jaguars, but with a thoroughly modern twist.

Unfamiliar to many, Polestar is Volvo’s electrified performance brand. As the second model to launch, the Polestar 2 is a pure-electric premium crossover with a range of 292 miles on a charge. As such, it’s a rival for the I-Pace above and Tesla (below) but proves a hit straight away. Well designed and good to drive, the 2 is a spacious and practical executive machine, that will make the Polestar name well recognised in a very short time.

When Porsche set out to build an electric car, few would have betted against the manufacturer building one of the best cars on the road. It will come as no surprise then that the Taycan is easily good enough to wear the famous Porsche badge. Available in a variety of set-ups, the Taycan is astonishingly fast, discreetly stylish, and with all the attributes of a four-door grand tourer. Money-no-object, the Taycan is one of the best electric vehicles on sale today.

Tesla is the poster-brand for electric cars the world over, and its most compact & accessible model has only increased the following the EV manufacturer has amassed. Tesla’s Model 3 is a fantastic executive saloon, with a long range available from all three variants - Standard Range +, Long Range, and Performance. With a cabin dominated by a large, landscape touchscreen system, it will take some a while to get used to driving the Model 3, but the cabin’s clean design attracts buyers in all by itself.

Tesla’s most famous car is the Model S, and the luxury EV saloon (although technically a hatchback) holds the records for outright driving range for a mass-market model. It can cover up to 405 miles on a charge, embarrass supercars in a straight-line, and has as much interior space as a larger saloon thanks to some clever packaging. Regularly updated and improved upon, two variants - Long Range and Performance - are available, and will constantly get better with over-the-air upgrades included.

Is an electric car right for me?

It’s worth remembering that EVs aren’t for everyone. Some drivers will cover hundreds of miles a day, without much time to stop and recharge; but the number of road users that fit that description are few and far between. EVs suit a far greater number of people than many would suspect. Few cover more than 50 miles a day - the UK daily average is less than 20 miles a day - which all of the above models would achieve with ease. Even those that sometimes complete a trip of a 200-300 miles will find plenty above that would cope with those occasional trips. It’s also worth remembering that ranges are continuing to rise, and importantly, charging times are dropping.

As such, the best thing to do if you’re considering electric cars is to try one. Many that get into an EV will be persuaded to own one such is the driving experience and promise of reduced costs. Take a look at the list above, pick a few that you like the look of, and visit a dealership to get behind the wheel - odds are you will be persuaded to go electric.