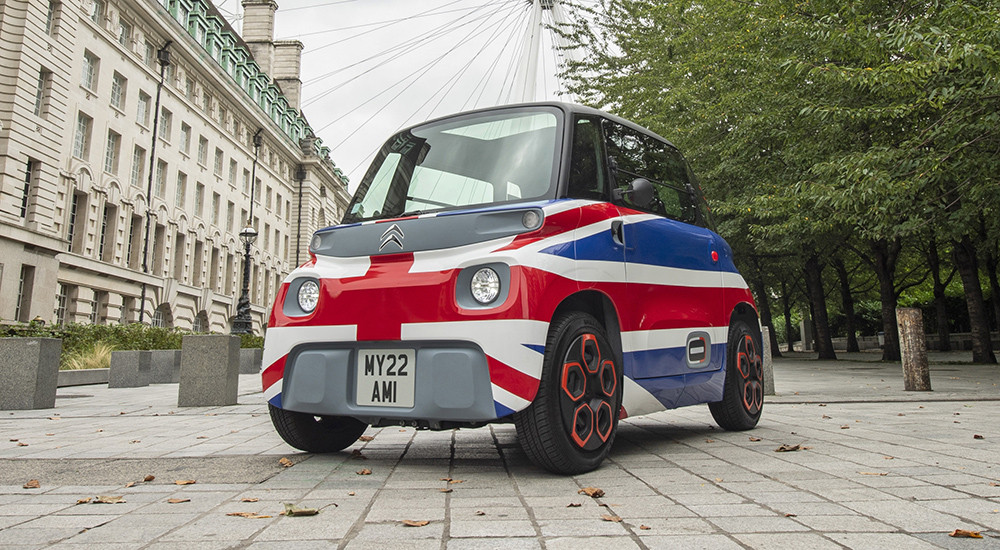 Citroen has announced that its compact EV will be available to UK buyers through official channels, following more than 12,000 expressions of interest in the Ami.

The all-electric quadricycle has a range of up to 46 miles and a top speed of just 28mph. It’s designed as local transport, with zero-tailgate emissions and exceptionally low running costs.

Seating two side-by-side - unlike Renault’s Twizy quadricycle which seats two one behind the other - the Ami also has enough space to carry some luggage.

It is expected to be more successful than the Twizy, since it features conventional seating, and actual doors - elements that Renault's quadricycle doesn't.

Cleverly designed to reduce manufacturing, and therefore buying, costs, the Ami has a number of identical parts such as the front and rear ends and both doors (one opens at the rear), and it is constructed from robust plastics in most areas.

Fitted with a 5.5 kWh battery, most PHEVs now have a battery with over twice the capacity. Despite that, the compact and lightweight car can travel around 40 miles or more between charges - comfortably enough for trips to the shops, school, or workplace for many UK drivers.

Set to arrive in Spring 2022, the Ami will cost around £5,000-£6,000 to buy, though it is expected that similar ownership models as those found in Europe will be available since Citroen is officially importing it.

This could include leasing costs that are less than most monthly phone contracts, and car sharing schemes. Further information will be provided closer to the car’s launch. A refundable deposit of £250 can be placed with Citroen to put buyer's names on the waiting list.