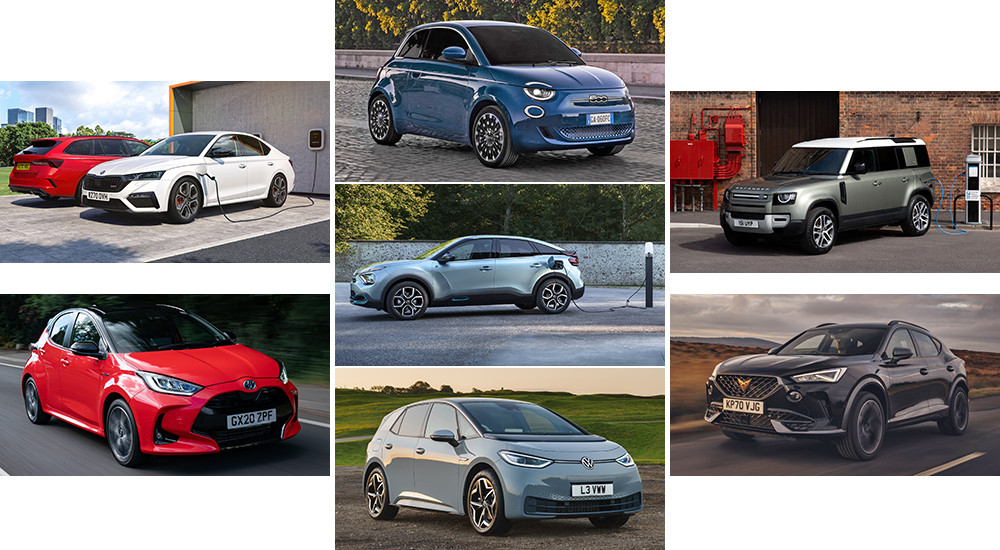 Three of the seven finalists are available as pure-electric models, and three more are offered as PHEVs

Finalists have been announced for the Car of the Year 2021 prize, with electric models featuring prominently within the shortlist.

The top European prize for car manufacturers sees the Fiat 500 and VW ID.3 offered only as pure-electric models, and the Citroen C4 available in e-C4 EV guise.

Joining the three pure-electric models are three models available as plug-in hybrids amongst the line-up. The Skoda Octavia and Land Rover Defender both offer PHEV variants, whilst the Cupra Formentor has been confirmed with a PHEV powertrain in due course.

The only finalist that isn’t and won’t be available as a plug-in model is Toyota’s Yaris, which is still electrified with the conventional hybrid Yaris Hybrid version.

With 60 judges representing 23 European countries voting, the winning model is set to be announced in March. Traditionally, the award ceremony would take place on the eve of the Geneva Motor Show, but this is not taking place again this year, having also been cancelled in 2020 due to the Covid-19 outbreak.

Last year’s winner was the Peugeot 208 - available as a pure-EV with the e-208 - and 2019’s top model was the electric-only Jaguar I-Pace, so recent history shows that electric models stand a good chance at winning the outright prize.