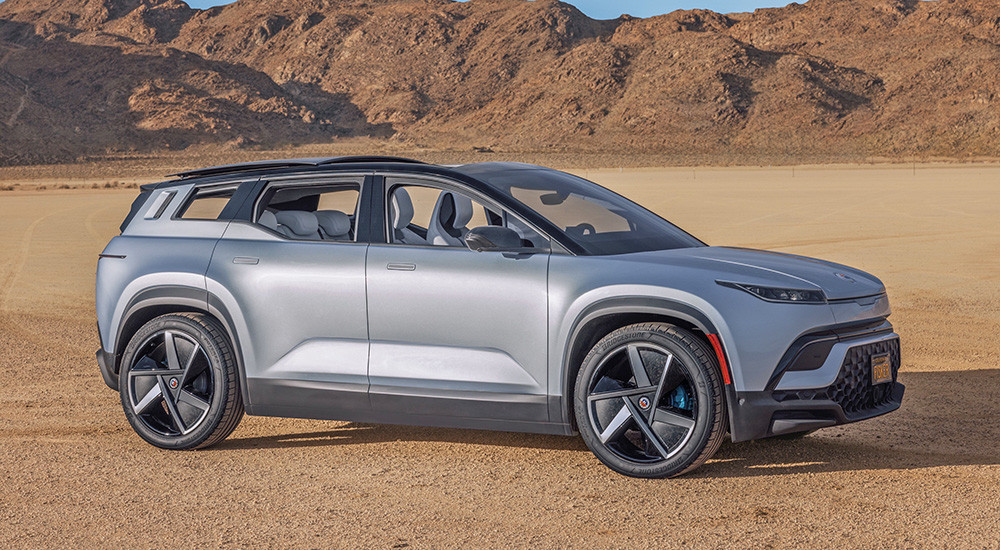 Fisker's Ocean has made its debut on European soil at the Mobile World Congress currently taking place in Barcelona.

Featuring a range of 275 miles on a charge, the all-electric SUV will have a starting price of £34,990 in the UK for the five-seat Sport trim.

Moving up to the Fisker Ocean Extreme extends that range to 390 miles on a charge, and adds dual-motor AWD, three driving modes, and a variety of first-to-market features.

These include a 17.1-inch rotating infotainment screen, which along with the lengthy range, sees Fisker challenge the Tesla Model Y in the executive SUV market, alongside a host of other rivals from the likes of VW, Ford, Skoda, Hyundai, and Kia.

Production will start in November 2022, with the US, and selected European and Scandinavian models due to receive deliveries soon after.

The UK is likely to be included in that number, since last year the US-based company picked somewhere in Oxfordshire for the site of its Fisker Magic Works division's headquarters. This will be tasked with a special operations role, developing certain editions and performance models.

Further details including full pricing and specifications will be announced closer to UK launch.