Halloween Special: The Top 10 Scariest Cars And Vehicles On The Road! 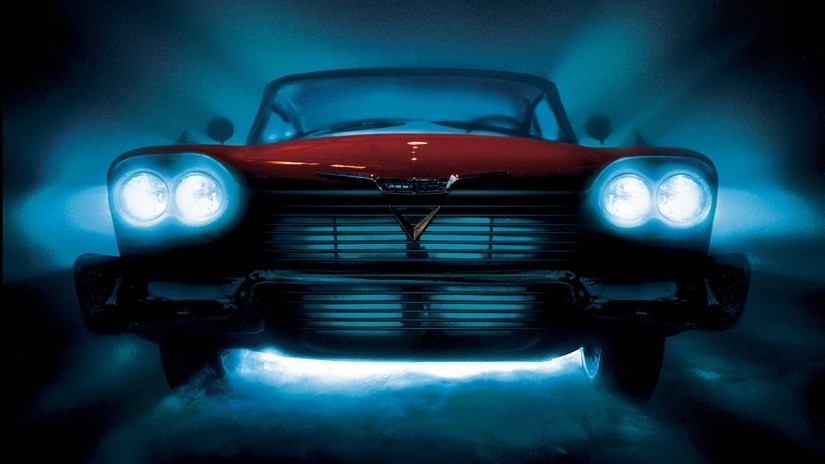 This Halloween, rather than facing the usual ghouls and ghosties, prepare to meet a more unusual style of spook. Scary cars are more common than you might think in movies and books. Get ready to travel in bone-chilling style as we reveal the top ten scariest cars and vehicles ever to take to the road. Buckle up and let’s begin...

The scariest cars and vehicles 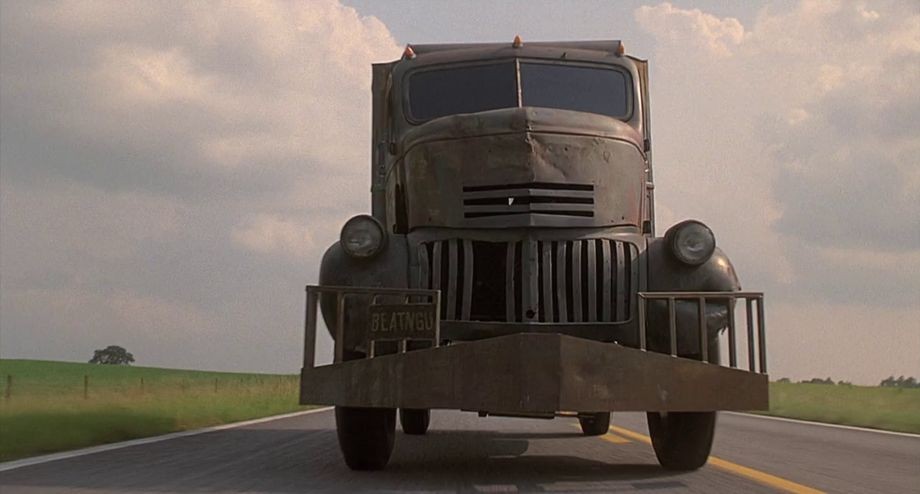 Everything about this vehicle screams horror. With its dilapidated look and rust encrusted shell, even the personalised license plate reads BEATNGU. All these hint at the awfulness that dwells inside. Despite many miles on the clock, this creaky creeper is still capable of top speeds and proves to be incredibly difficult to outrun. Even when abandoned, the vehicle is revealed to be heavily booby trapped. Although why someone would want to gain entrance to this truck of the damned is anyone’s guess...

With this villainous vehicle, even staying indoors can’t save you. In one scene, this 1971 Lincoln drives straight through a house in order to strike its prey down! With blacked out windows and an almost featureless design, this car is sure to send a chill down your spine. It’s uncertain whether The Car is a phantom, a demon or even the devil himself. What we do know, however, is that The Car does survive until the end of the film and beyond, ready to seek out its next victim. 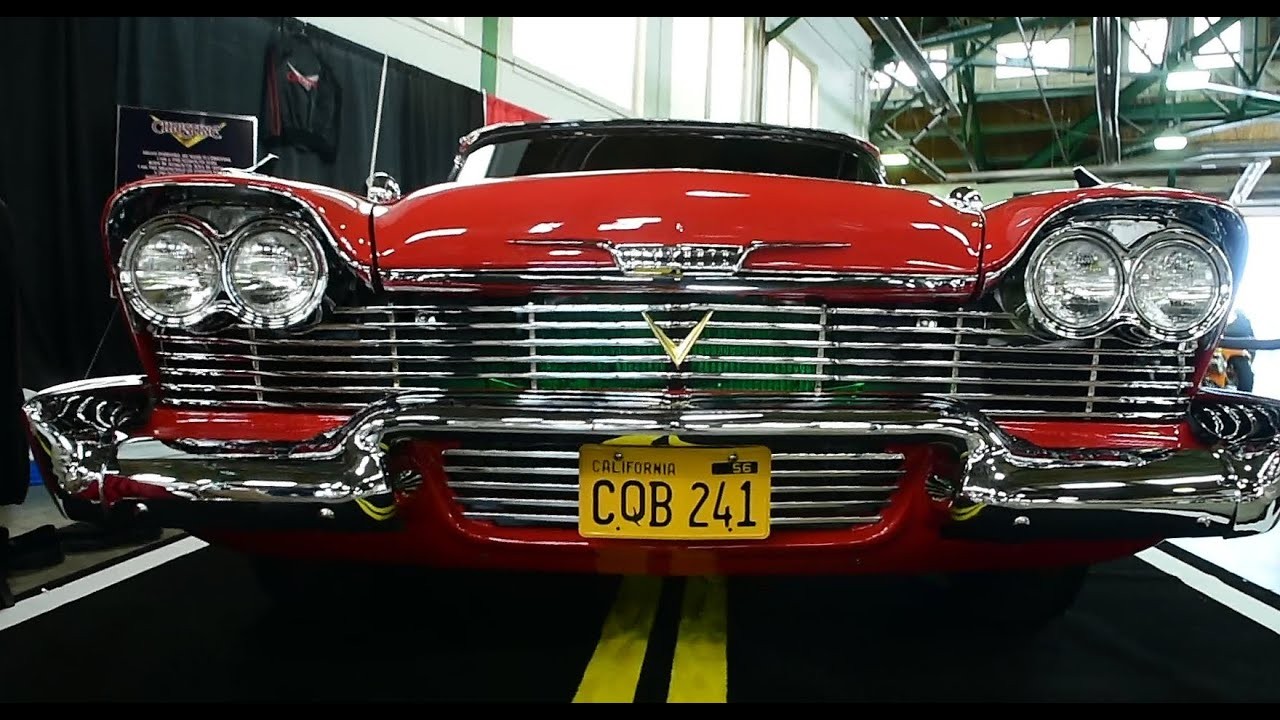 From the master of the horror genre, Stephen King, comes a car with a vengeful personality and a jealous streak a mile wide. Christine’s obsession with her owner leads to the deaths of several characters in a variety of automobile related murders. Despite her murderous tendencies, Christine could be a car owner’s dream, as she is capable of self-repairs and maintenance. No more tedious trips to the garage! Just don’t get on her bad side... 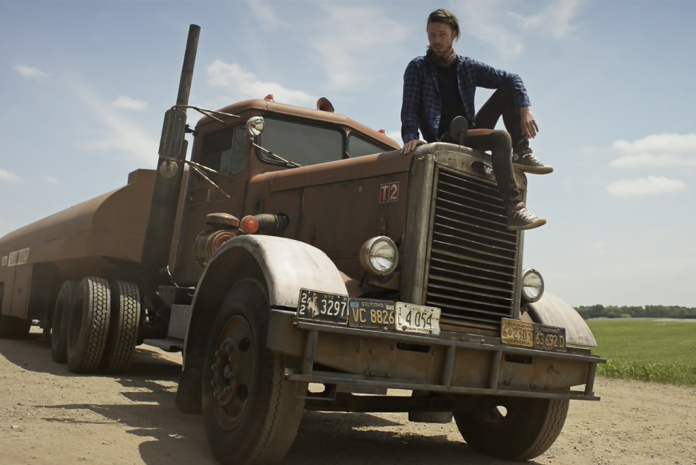 As observed by director Steven Spielberg, sometimes the fear of the unknown can be the greatest fear of all. This is realised in Duel where we only catch glimpses of the rarely seen truck driver wielding the hefty Peterbilt 281, the truck driver’s rig of choice in the 1980s. The truck is the real villain of the film, seeking revenge for being overtaken by a Plymouth Valiant in the Mojave Desert. What ensues is a terrifying game of cat and mouse that’s sure to make you think twice before passing a dilapidated truck on a remote road during any future road trips. 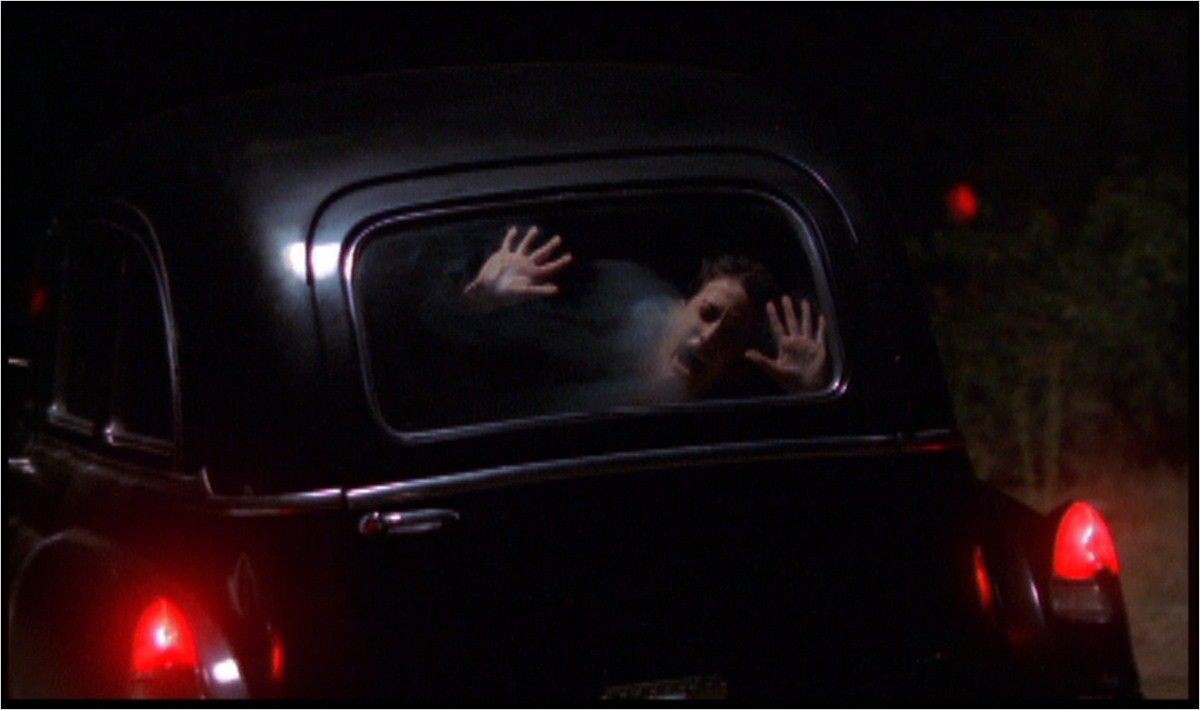 The terrifying black car, with the invisible driver, will strike fear into your heart when you watch this movie. When a family on their way to a Christmas Eve gathering decide to take a shortcut down an eerie road in the woods, they narrowly avoid a collision with an oncoming car. This seemingly starts a spooky sequence of events. The road appears never ending and the road signs are pointing to a destination that the family are never able to reach. All the while, the nightmarish Chrysler keeps re-appearing and carries its victims off into the night. 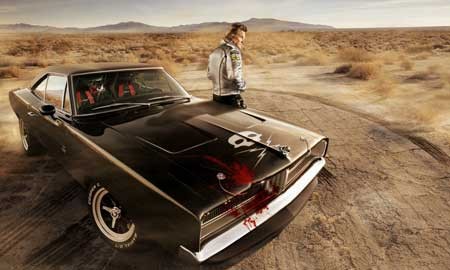 Quentin Tarantino’s Death Proof features a car you wouldn’t want to get a lift home in. The ‘death proof’ stunt car is kitted out by a psychotic stuntman, intent on murdering young women in staged car accidents. Proving only to be death proof for the driver himself, the car is used to cause the deaths of several characters. It’s only later on in the film that the dastardly driver finally gets his come-uppance when some of his intended victims fight back. 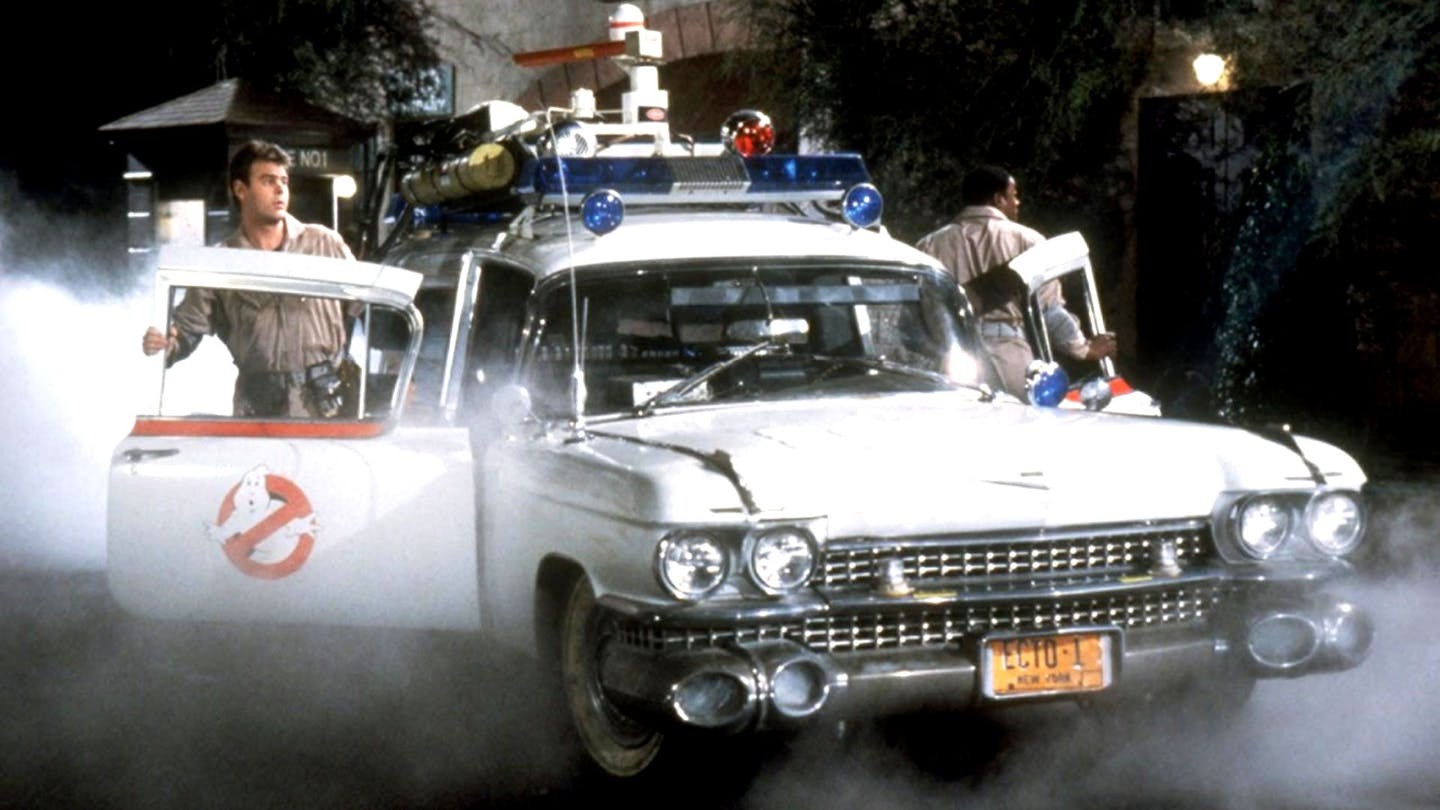 In a more light-hearted take on eerie automobiles, Ecto 1 is the car the Ghostbusters use to travel around New York City, busting ghouls, ghosties, and apparitions of all kinds. If there’s something strange in your neighbourhood, then this is definitely the car you will want to be calling. With its ambulance/hearse combination, Ecto 1 offers plenty of space for the intrepid ghost busting squad to store their Proton Packs, Ecto Googles, P.K.E. Meters, and of course, the all-important Traps. 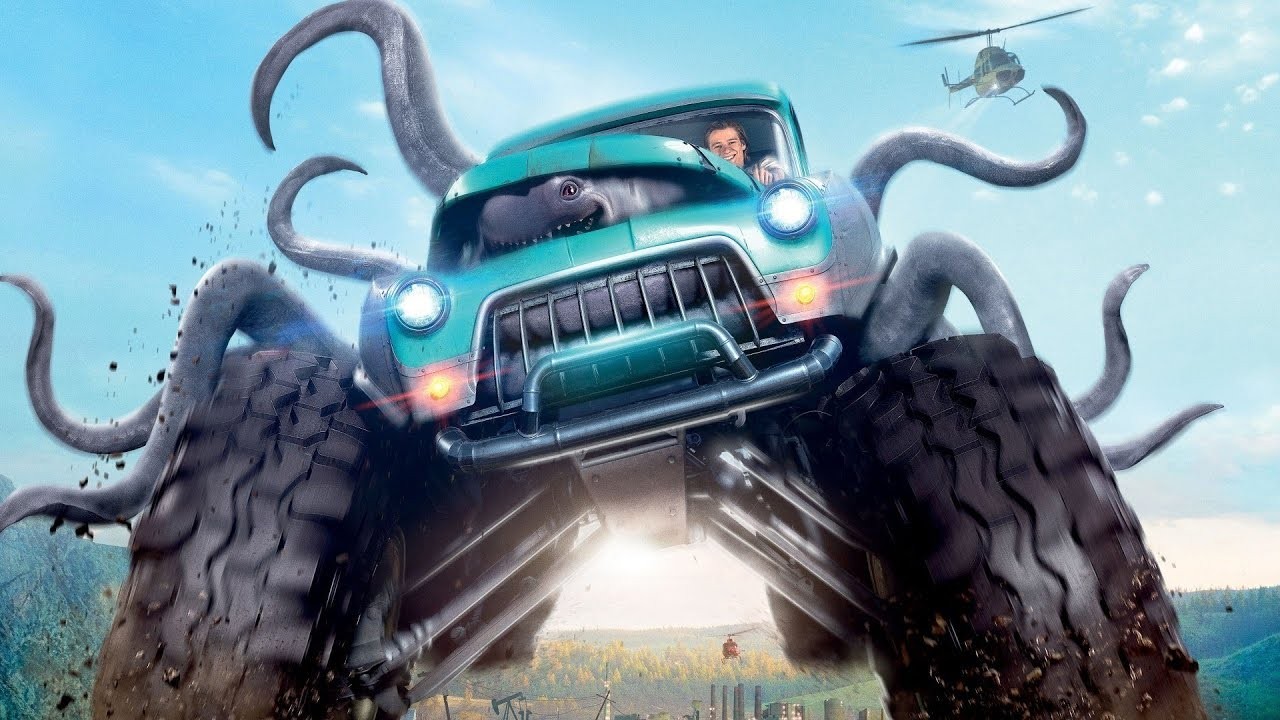 Continuing the light-hearted vibe, kids’ comedy film, Monster Trucks, features a truck that literally has an escaped monster living inside it. While this monster is unlikely to make anyone over the age of 5 jump, it’s a fun movie to watch as a family during the Halloween season if you’re seeking a mild scare for a young vehicle lover. 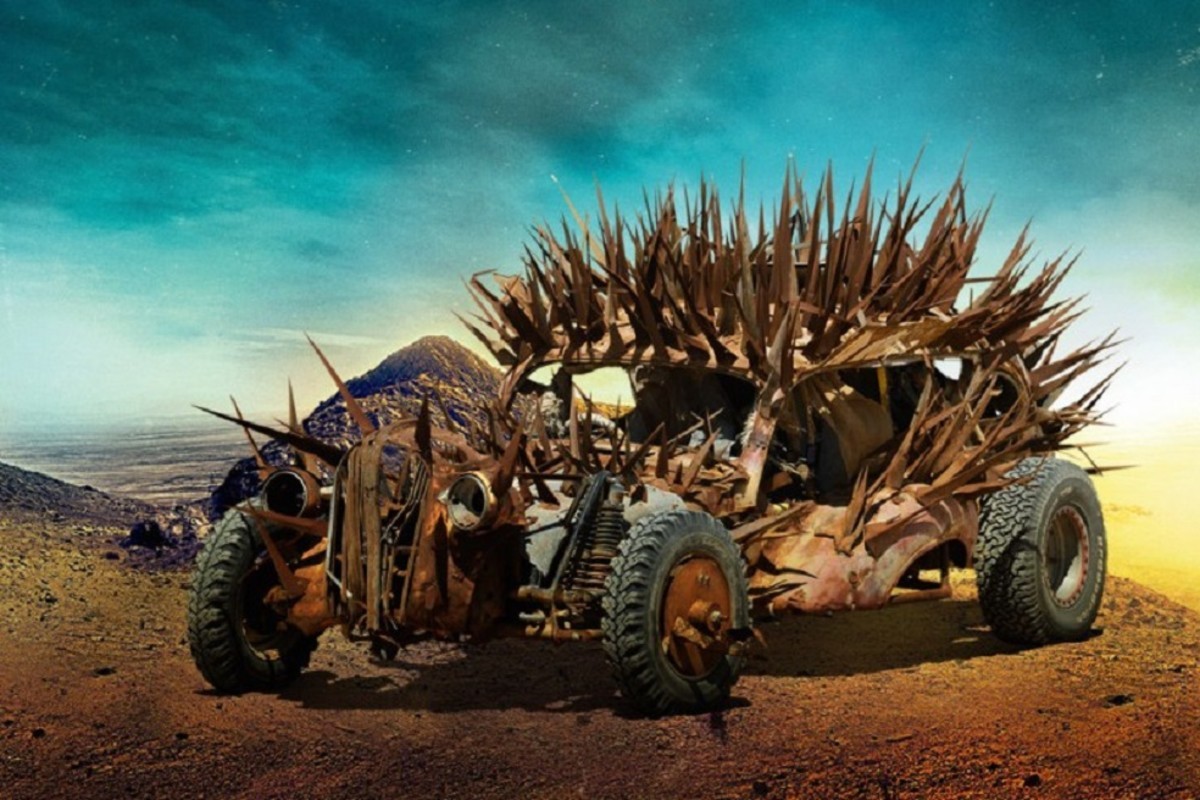 Set in a dystopian future, amid societal collapse and tales of murder and revenge, the vehicles in the Mad Max movies are designed to strike fear into their enemies. With names such as The War Rig and The People Eater’s Limousine, these trucks are not the type of vehicles you would want to drive past on a misty autumnal evening. With dilapidated exteriors, these vehicles are all heavily armed and customised with spikes, saws and skulls. One vehicle, The Doof Wagon, even has its own flame-throwing electric guitar player riding along on top. That’s something you don’t see every day!

While KITT from Knightrider is known for his crime fighting crusades, his evil twin KARR is less honourable in his intentions. The prototype version of KITT, a programming error meant that KARR is unstable and potentially dangerous. His primary directive is self-preservation, making him ruthless and unpredictable. KARR has no loyalty to anyone. On one occasion, he even ejects his passengers to reduce his weight and increase his chances of escaping. Although it appears that KARR is eventually destroyed in an epic encounter with KITT, it is possible that he is still out there. A glimpse of KARR’s undamaged motherboard suggests that he may still be alive, as an LED blinks on and off...

So, this Halloween, keep your eyes on the road. You never know whether a villainous vehicle, terrifying truck, or creepy car might be just round the bend...