News, Views & Insights/ Motoring/ How far can you go in an electric car?

How far can you go in an electric car? 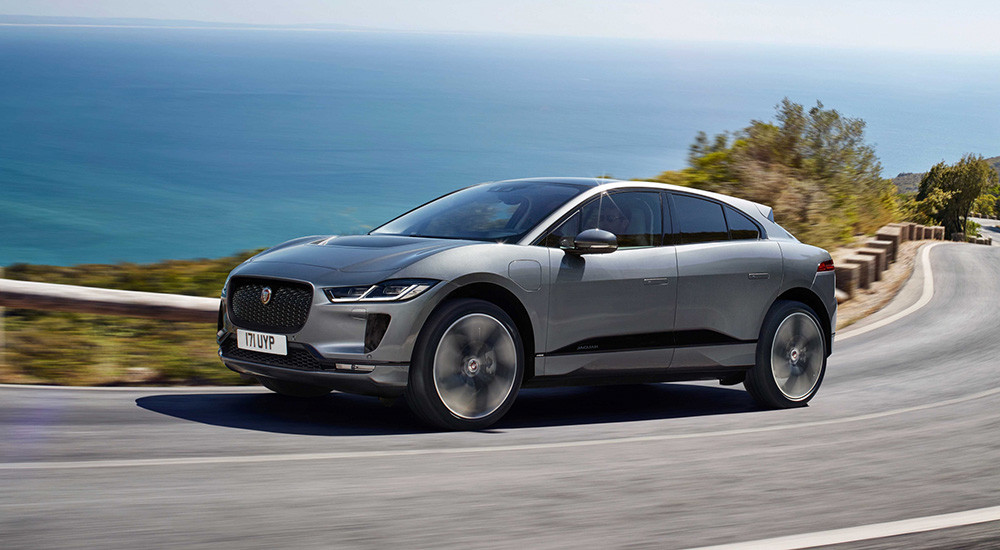 As electric cars get increasingly popular, questions about driving range are only going to increase. How far can an EV go and what might you expect from car to car? It’s new territory for many; discover below how driving range for electric vehicles is influenced, and what’s already on the market. 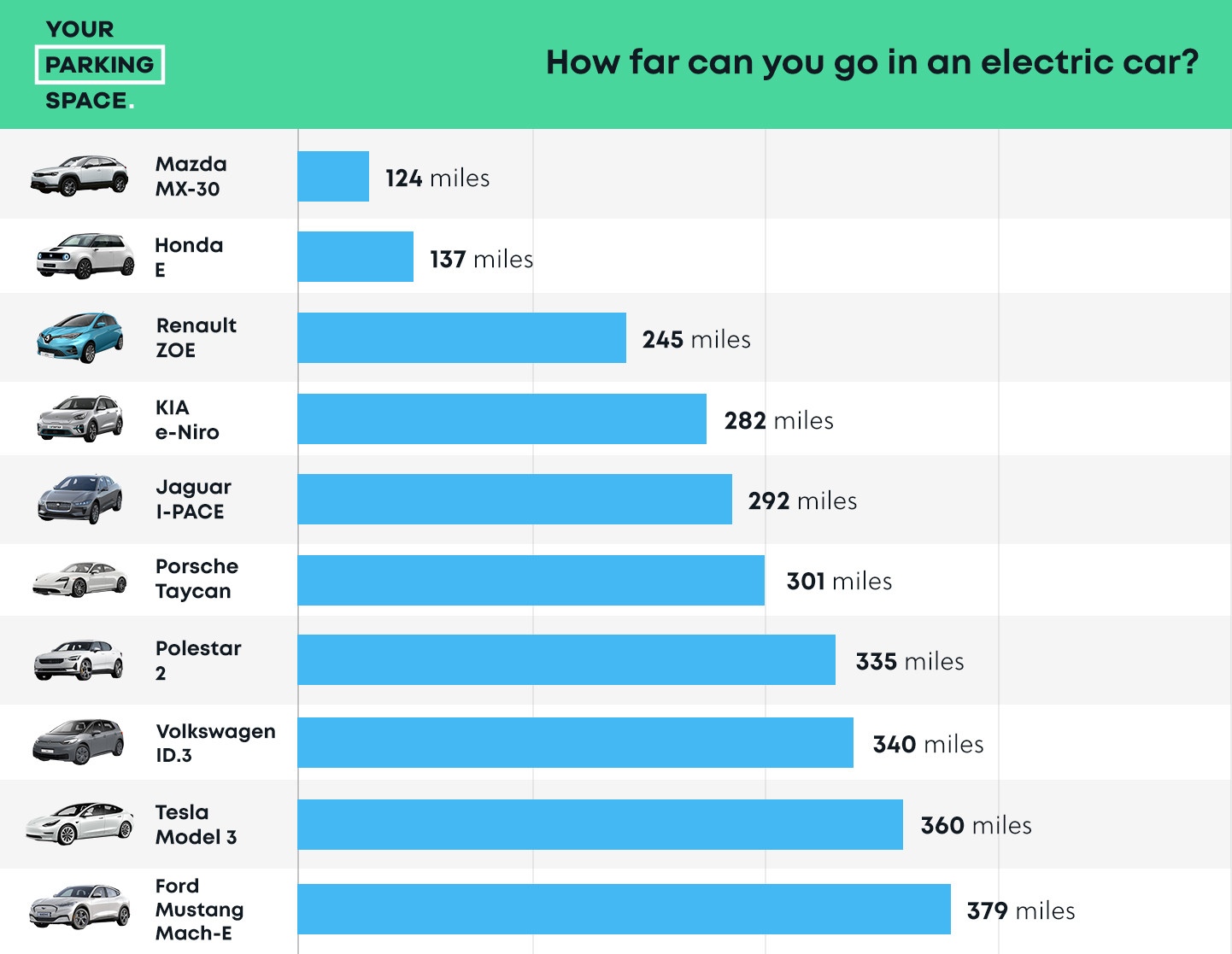 So how far can you go in an electric car? The answer depends on many factors, and will vary from model to model. You can comfortably travel 300 miles in a number of EVs available now, and 200-250 mile electric cars are plentiful in terms of choice.

The key decider in how far you can go is the size of the car’s battery; this will give a good indication as to how many miles an EV can cover on a single charge. However, it’s not the only aspect that determines a car’s range. Here we look at what impacts EV driving range, and what you can expect to see in terms of mileage.

Since an EV’s battery is effectively its fuel tank, broadly speaking the larger the battery, the further it can go on a charge. Clearly, electric cars can be recharged, so the answer to the question above is ‘as far as you like, you just have to recharge en route’.

We’ll stick to covering how far you can travel on a single charge in that case, and the answer varies greatly depending on the electric vehicle involved.

Looking at new EVs, the shortest driving range available is around 80 miles on a charge, which doesn’t sound like much. When you realise that the model in question is a Smart car - an EQ fortwo, best suited to urban driving - you’ll realise that 80 miles in a city is actually a large distance.

Don’t go thinking that tiny city cars all have short driving ranges however, as the likes of VW’s e-up! can cover more than 160 miles on a charge. Still a shortish distance, but comfortably enough for most drivers’ daily - or even weekly - needs.

Move up a little to superminis, and the class leader here is the Renault Zoe which can travel more than 240 miles on a charge, all in a car the same size as a Ford Fiesta. There is strong competition in this market too, though a range of around 200 miles can be found from the BMW i3, Peugeot e-208 or Vauxhall Corsa-e.

Most compact-family EVs can cover at least 250-300 miles on a charge, whether that’s the best-selling Nissan Leaf or Volkswagen ID.3 hatchbacks, or crossovers such as the Hyundai Kona Electric or Kia e-Niro.

Larger models can go further still - as with the ID.3 above - often with an entry level model capable of 250+ miles, but long-range versions comfortably topping 300+ miles. Here the market is dominated with newer entrants such as the Ford Mustang Mach-E and VW ID.4.

Drivers of premium models are pretty well catered for, with the most famous EV brand being Tesla. It’s smallest car, the Model 3, is a long-distance champion, backed up by the ultra-rapid Tesla Supercharging network. However, the likes of the Polestar 2 has come along with Volvo-based styling, safety, and build quality and taken some thunder away from the US model.

The SUV market is well covered with the likes of Jaguar’s I-Pace, Audi’s e-tron, and the Mercedes Benz EQC. All of these have a 250+ mile range, with the Jaguar extending that closer to 300 miles. Premium models aren’t restricted simply to SUVs however, and the likes of Porsche’s Taycan and the Audi e-tron GT compete against Tesla’s famous Model S in the long-range electric performance saloon stakes.

It’s not all about the battery

What’s important to note is that although the size of the battery is critical to driving range available, there are a number of other elements to take into account.

For example, the Renault Zoe will cover around 240 miles on a charge from a battery with a capacity of around 50 kWh. The Audi e-tron SUV will cover a similar distance on a charge, but from a battery around 90 kWh in capacity. The Audi is larger, heavier, and more powerful, and these attributes combine to almost halve the efficiency of the car compared to the Renault.

Of course, driving range can be off-set by charging speeds for some drivers. Using the Renault Zoe as an example again, its 240 mile range is considerably further than the Peugeot e-208’s range of around 200 miles on a charge.

However, the Zoe can charge at a maximum of 50 kW, whereas the Peugeot can charge at up to 100 kW - halving the charging times. It might need to stop earlier for a top-up, but can get back on its way again significantly sooner - it all depends on preferred use cases, suiting certain types of driver.

The market is now getting to a stage where driving range is becoming less important. There are recently launched models that have eschewed the fight in the EV range ‘arms-race’, and focused instead on ‘right-sizing’ their cars - and that includes the battery.

The likes of the Mini Electric, Mazda’s MX-30, and Honda e have all come along with ranges below 145 miles. Compared to similarly sized models, they’re losing 100 miles or so in competition, but that’s not what these EVs are focused on. Instead, the models are all about driving enjoyment, prioritising driving dynamics, not driving distance.

The smaller range is because of a smaller battery, which makes the car lighter and more efficient, as well as making it more fun to drive. Equally, a smaller battery allows for shorter recharging times