News, Views & Insights/ Electric Vehicles/ How much does it cost to charge an electric car?

How much does it cost to charge an electric car? 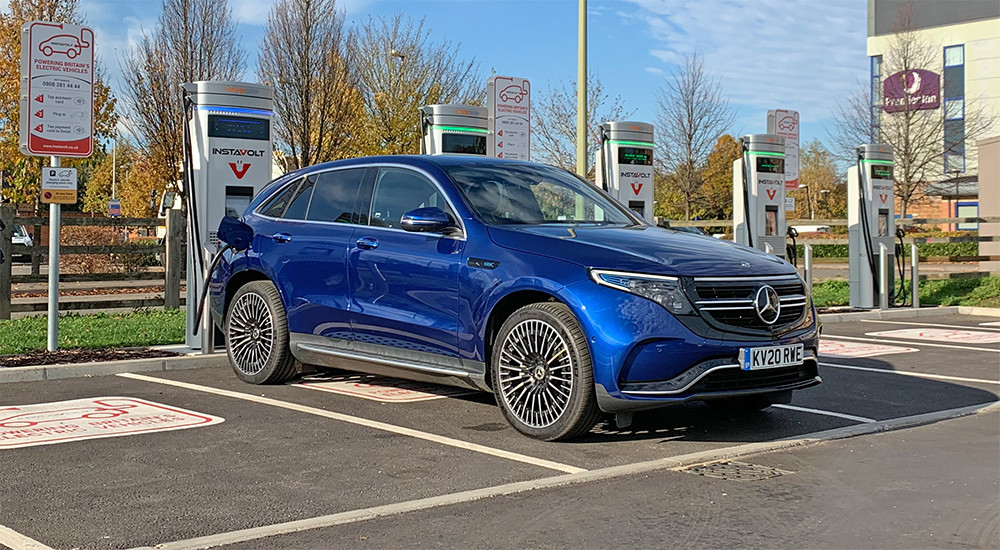 It’s a simple question, and one with simple answers, but the key to unlocking how much it will cost to charge an electric car depends on the vehicle itself. We reveal how to go about working it out.

For those that aren’t familiar with EVs, battery sizes can vary greatly from model to model. Think of an electric car’s battery as its fuel tank, and things become clearer. A city car might only have a 40 litre fuel tank, whilst a premium saloon could have an 80 litre tank. Clearly, the city car will cost less to fill up with petrol than the larger saloon - half as much in fact for a full tank.

An EV’s battery size means the same is true of electric cars. However, there are a few different ways to top-up an electric vehicle, whereas the only realistic way to refuel a petrol or diesel model is to drive onto a forecourt.

Regardless, battery size is crucial, and once you know this it’s a simple set of maths, that could also be used to work out petrol costs for a conventionally-fuelled car.

Battery capacity rather than fuel tanks

Battery capacities are measured in kWh (kilowatt-hours), rather than litres used for petrol or diesel fuel tanks. Fuel is calculated in pence per litre on a forecourt, whereas electricity is billed per unit delivered to the battery, for EVs in kW (kilowatts).

Put simply, multiply the car battery’s kWh capacity by the cost per unit of electricity, typically measured in pence-per kW.

For example, a Mini Electric has a battery capacity of around 32 kWh. If you charge an electric vehicle from home, a typical average domestic cost for electricity is around 16p per kW. The cost to charge is therefore 32 x 0.16 (battery capacity multiplied by electricity unit cost), equating to just over £5.00.

The same can be calculated for public charging, where unit costs will be listed up front as you would expect. You’re likely to see around 20p to 25p per kW from a normal fast charge point in a car park for example. Here, a charger costing 20p per kW would see a full charge cost a little more than that at home, coming in at around £6.40; 32 (kWh) x 0.20 (p/kW) = 6.4.

Finally, there are rapid chargers available, topping up an EVs battery in the shortest time possible. These charge a car slightly differently to a home or fast public point, using direct current rather than alternating current. It allows for faster charging times, but the cost to charge is higher for the convenience - the units themselves are larger, more expensive, and require significant infrastructure to install.

There isn’t one really. As you can see, it’s easy enough to figure out how much it will cost to charge an EV, but there are added variances that those familiar with petrol or diesel cars need to be aware of.

For example, the cost of a litre or petrol will vary from forecourt to forecourt, depending predominantly on location and fuel company. An oil giant such as Shell or BP is likely to charge slightly more per litre than a supermarket’s forecourt in a similar area. Likewise, motorway services are notorious for charging higher prices than those forecourts found off main trunk roads.

The same variances based on location aren’t generally true for electric vehicle charging, with costs broadly the same whether you’re in central London or mid-Wales.

Like fuel companies, charging networks offer different charging costs, normally based on a price per kW. Unlike refuelling a petrol vehicle, the main changes in cost come in how you are charging the car rather than where, with faster charges costing more than slower top-ups.

Finally, it is rare that an electric car driver will recharge from 0-100%, just as a petrol car driver will almost never drive to a forecourt ‘on fumes’ - it’s possible, but extremely unlikely. Therefore, a 0-100% recharging cost is effectively a worst-case scenario, with many drivers recharging from between 5% and 20%, and then some won’t recharge all the way to 100%, rather just top up a little.

Two relatively unknown factors with EV charging is that a car’s battery capacity is often quoted as a gross figure - although usefully, both gross and net capacities are increasingly quoted by manufacturers.

Using the Mini Electric as an example again, the gross battery capacity is 32.6 kWh, though a driver will never be able to put 36.2 kW of electricity into it, even if they push the car there on ‘empty’.

It’s common practice for EVs to hold a small amount of capacity in reserve, effectively as a buffer to help maintain longevity and aid recharging. As such, a 32 kWh battery may only be able to accept around 29 kW of charge even for a 0-100% charge.

Some interested drivers may have already noted that the fastest charge times are quoted to 80%. This is because the fastest rapid charge points will start to significantly slow down once they reach 80% charge.

Again, this is help maintain battery life, plus also the speed at which the battery is being charged can’t be maintained as it gets close to ‘full’. It may only take 20 minutes to get from around 10% to 80%, but it could take around the same amount of time again to get the final 20% into the battery.

Charging costs vary, just as fuel prices do. The cost of electricity from a charging network’s points doesn’t fluctuate as much as the price of a litre of petrol does at a forecourt, sometimes costing 120p/litre and the next week 130p/litre. Pricing will be periodically updated by charging networks, but as an industry, prices broadly stay the same for long periods of time.

Charging costs do vary between charging networks, sometimes greatly, but there are broad averages you can expect to pay depending on charging speed. It is here that a the greatest changes in charging cost occur, with the price you pay between an eight hour overnight charge plugged in at home significantly different to a half-hour top-up from a rapid charger.