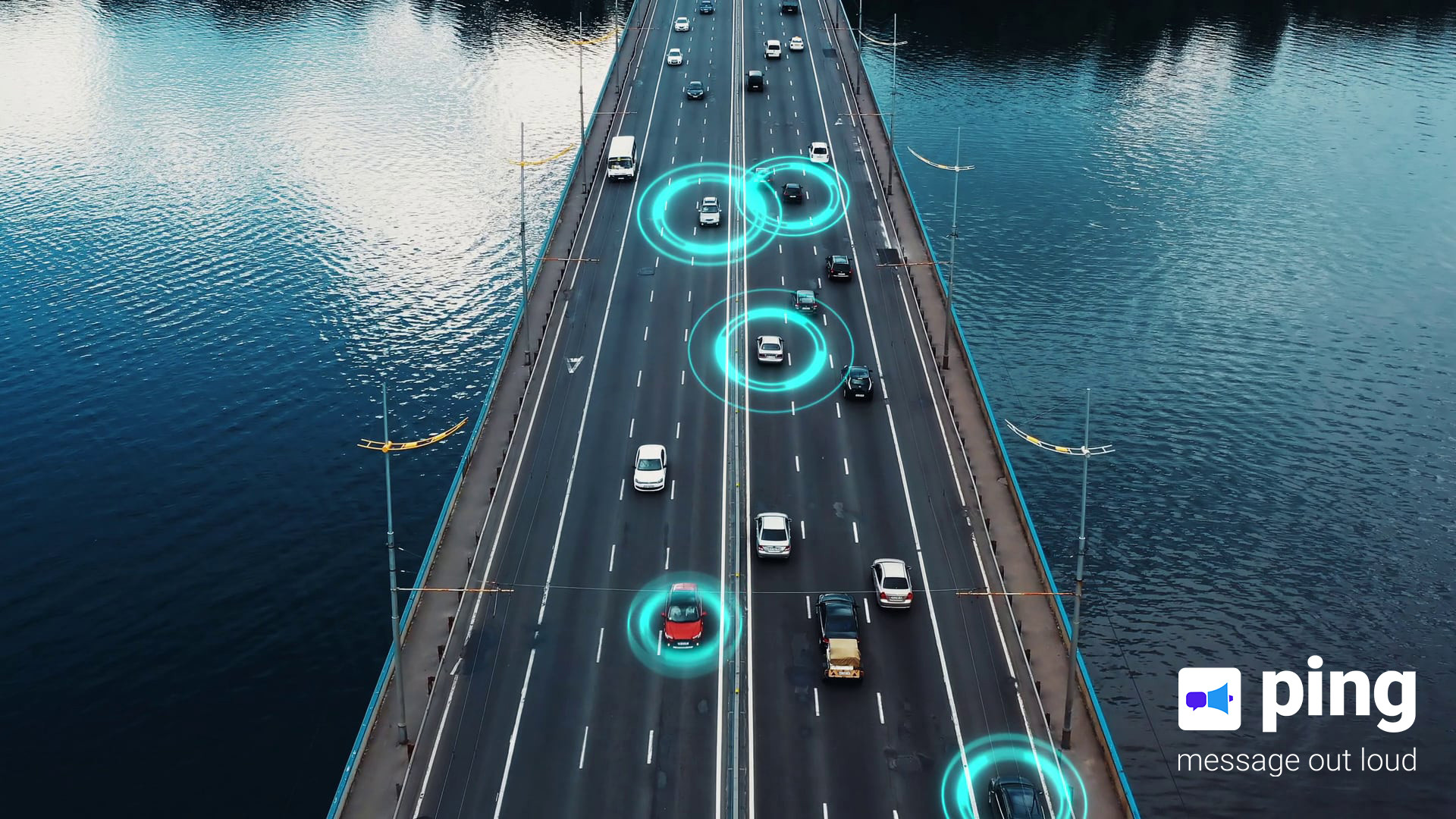 Having lived and worked in London, Cape Town and New York, Barrie is a technology leader with 20+ years of entrepreneurial experience. Prior to co-founding ping, he spent 6 years as Chief Commercial Officer accelerating growth at mobility app PayByPhone, acquired by VW Financial Services in 2016. Before that, Barrie worked for the international tech firm Striata, spending 9 years as the SVP of Sales for North America.

1. What is the idea behind ping?

ping is a voice-based app that automatically reads all your messages and emails out loud when looking at your phone is illegal - like driving - or simply inconvenient – working with your hands, exercising, preparing meals or working from home. Convenience, productivity, safety.

2. How did you come up with this idea?

ping’s Founder and CEO, Garin Toren was renovating a house 2 hours from his apartment in New York. Spending so much time in the car driving back and forth, he found it virtually impossible to stay off his phone as messages and email continued to stream in. He tried CarPlay, Android Auto and a handful of other apps, but nothing could read all his different message types out loud – and they weren’t automatic. It wasn’t just him. With a little research, we discovered the extent of the problem. Texting and driving is the leading cause of collisions and road fatalities worldwide.

3. What was your primary mission when founding ping?

ping’s mission is simple: Save time, money and lives. In our “always connected” world, people want instant access to all their messages, even when driving. After 4 years of relentless R&D, ping is the only patented voice-based app for iOS, Android and Alexa that reads email, WhatsApp, text and all other messages out loud automatically and on-demand. Drivers save time, fuel and frustration when a message changes their plans. ping is not just for driving, but any time that looking at your phone is inconvenient, something that became even more apparent during lockdown.

4. How have you found drivers' behaviour to change in the years since the company was founded?

Visual distraction happens when drivers take their eyes off the road to read messages. But cognitive distraction also occurs when they hear their phone buzz or “ping”. Even if they don’t look at it, their brain starts wondering whether the message is urgent, which increases stress levels, making them a less safe driver. ping allows drivers to be considerably more focused on the road by eliminating FOMO (fear of missing out), making the roads safer for everyone.

5. What has been the impact of COVID?

With people stuck in lockdown for so long attached to their phones, the driving statistics during Covid are alarming. Studies show sharp increases in speeding (27%) phone use (38%) and hard braking (25%). Now more than ever, drivers need tools to prevent them from taking their eyes off the road as they reacclimate to traffic conditions and other road users, especially motorcyclists, cyclists and pedestrians who are at the greatest risk of serious injury.

Our vision is for ping’s patented voice technology to come standard in all new vehicles and also be imbedded into all smartphones as native functionality. In the meantime, we’re focused on delivering customer value, savings and revenue to a broad range of third-party apps and B2B partners including parking, mobile operators, insurance, automakers, trucking and fleet, gig economy and streaming audio. The service is available worldwide via SDK, white-label and standalone apps reading in 30 languages.

7. What's your advice for budding entrepreneurs?

There are so many things to consider. In no particular order: have a very clear path to revenue and profitability, keep your expenses and payroll lean, outsource as much as you can, don’t build non-core services if you can buy or license them, fail fast and learn from it, find angel investors who can make introductions, deliver exceptional customer service every time and tirelessly pursue success. It takes a lot longer than you expect.