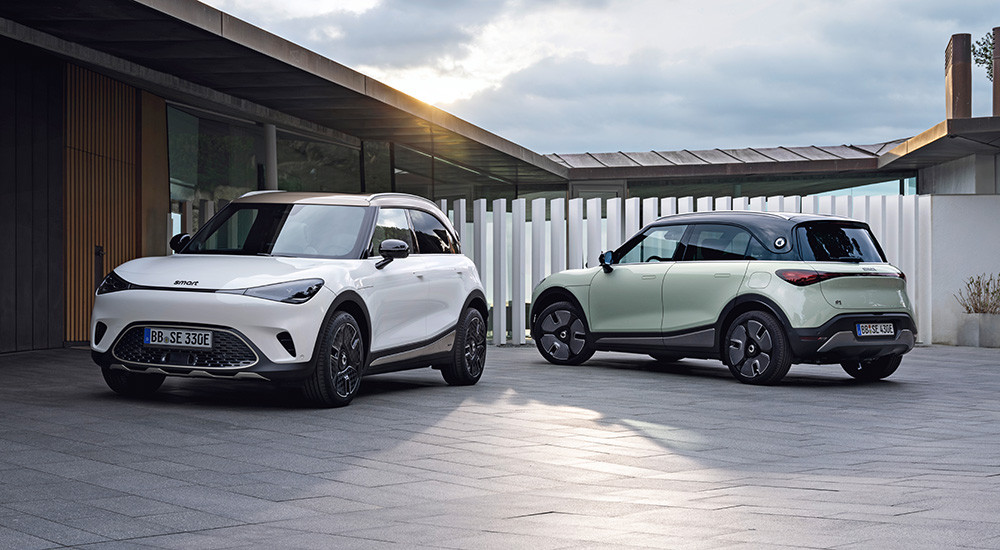 YourParkingSpace rounds up the hottest new electric cars due out in the coming months. Covering a huge variety of models, the list is practically certain to have something that will get you interested.

A mid-sized SUV from Alfa Romeo may not be what the purists want, but having one on sale will help keep money coming into the coffers to develop the more “Alfa-like” models. Available with a mild-petrol unit in two different states of tune, or a beefy plug-in hybrid a little further down the line. Still oozing Italian style, Alfa Romeo promises typically sporty handling too.

Audi is starting to fill in niches within its niches, with the Q6 e-tron set to sit between the compact Q4 e-tron, and the larger e-tron (yes, that’s a lot of “e-trons”, sorry). Built on the same platform that will underpin the next-generation Porsche Macan - which is also confirmed to be a full-EV - the Q6 e-tron will feature high-power charging capabilities, and a range of well over 300 miles.

Bentley’s second plug-in model, the Flying Spur is set to join the existing Bentayga in the Hybrid model list. The luxury saloon will combine a V6 petrol engine and electric set-up for a range of around 25 miles on electric power alone, or a 0-62mph sprint Tim of around four seconds thanks to more than 530hp on tap - all typically Bentley then.

Not BMW’s most famous nor most fashionable model in its line up, nevertheless, the 2 Series Active Tourer is an important one. Longer, wider, and taller than the outgoing model, the compact MPV will launch with a choice of mild-hybrid petrol and Diesel engines, with a pair of PHEV options joining the range later on.

Not a completely new model, but the legendary 3 Series will receive a sizeable facelift this year. Alongside tweaked front and rear design, the interior gets a hefty boost with BMW’s latest touchscreen infotainment system added to help keep the BMW fresh. PHEV tech will remain, and a small increase in electric driving range is expected.

BMW’s new flagship is set to include the all-electric i7, a state-of-the-art saloon that, in electric spec, will feature a 105 kWh battery and range around 400 miles on a charge. Other models will include mild hybrid and PHEV powertrains, all offering significant power outputs for the luxury limo.

Compact SUVs are more or less licences to print money for car manufacturers, so the X1 is key for the Munich brand. Plus electric cars are in huge demand, so combine the two - as BMW will do with the X1 and an EV powertrain to create the iX1 - and it’s sure to prove popular. There will also be a PHEV model within the range, sharing a number of systems with the X3 and iX3 models.

The first standalone car from BMW’s M Division for 50 years, the BMW XM will put a distinctly sporty twist on a large SUV. Plus, the power on tap will be prodigious, using a plug-in hybrid powertrain that puts out more than 700hp, alongside an electric-only range of around 50 miles.

Technically not a car - instead it’s a quadricycle - as it has a top speed of 28mph and a driving range of 46 miles. It also only seats two, charges from a three-pin plug, and has a largely wipe-down interior. But it’s brilliant fun to drive in urban areas.

Ferrari’s new compact sports car features a mid-mounted V6 with plug-in hybrid powertrain, which allows for a 0-62mph time of less than three seconds. That’s thanks to more than 800hp on tap, despite the Ferrari also being able to cover around 15 miles on electric power alone.

The third model to come from the Hyundai Kia Group’s latest EV platform is the GV60, from Hyundai’s premium arm Genesis. Featuring many of the same features as the excellent Kia EV6 and Hyundai Ioniq 5. Available with a choice of rear- or all-wheel drive, a range of up to 280 miles is on offer.

Like the Ioniq 5, the Ioniq 6 is set to be based on a concept car, which will see the latest EV from Hyundai also feature eye-catching styling. Backing up the looks is the same platform as the Genesis and Ioniq 5, allowing for a range of around 300 miles, ultra-rapid charging, and a choice of two battery sizes.

Jeep’s catching up with its rivals with the next-generation Grand Cherokee, as its flagship SUV gets a PHEV option for the first time. Sharper styling outside is completed by a much more upmarket interior, and its plug-in hybrid system produces almost 400hp and 31 miles or electric range, alongside Jeep’s famous off-road system.

Kia is on a roll with its electric cars, and the next to come along is the EV4. A sleek SUV to complement the smaller Soul EV and larger EV6, the EV4 will challenge the likes of the Volvo C40 and Tesla Model Y. A range of around 300 miles is expected from the powertrain, with a choice of batteries and motor outputs expected.

Kia’s second-generation Niro range also comes with the same all-electrified line-up, featuring hybrid, plug-in hybrid, and pure-electric. The e-Niro has updated styling, a range of around 300 miles on a charge, and short charging times, though is built on the current model’s platform rather than the new group EV architecture.

Land Rover’s iconic Defender is set to be offered in long-wheelbase 130 form for the first time in this generation, having been offered in 90 and 110 versions currently. The 130 wheelbase expands the Defender range to allow the addition of a seven or eight seater model, and it’s expected that the PHEV powertrain offered currently will be carried into the new model.

The fourth-generation Lexus RX will refresh the range-topper in the Japanese firm’s SUV range, and is likely to come with the option of Lexus’ plug-in hybrid system which would offer an electric range of around 40 miles. Whether there’s a seven-seater to come, like the current RX L, is not clear.

All-electric, the hypercar from Lotus is set to rewrite the rulebook for performance models. Expected to combine Lotus’ famed handling expertise with 2,000 hp, pace both in a straight line and in the corners is essentially guaranteed. It’s sold out though, so unless your name’s already down, it’s not available for the likes of you.

Maserati’s mid-sized SUV is due to arrive with the promise of a full-electric Folgore model in the pipeline. Expected to have a battery of more than 100 kWh and significant power & torque, the Folgore is due to live up to the performance expectations heaped on Maserati.

The new large SUV from Mazda will come with a plug-in hybrid option for the first time in the Japanese firm’s line-up. Due to compete against other PHEV SUVs such as the Kia Sorento and Ford Kuga, the CX-60 will have an electric-only range of up to 50 miles on a charge.

Mercedes has packed in a large amount of the EQS’s technology into the smaller, more affordable EQE - which means it’s going to be a game-changer. Essentially an all-electric E-Class, it produces up to 680hp, features the Hyperscreen system, and can travel more than 400 miles on a charge.

EV pioneers Nissan will bring out its next-generation electric car with the Ariya, an SUV with a range of around 300 miles, a choice of motor options, and CCS ultra-rapid charging for the first time on an EV with a Nissan badge. It needs to be, and is likely to be, a success, but is joining a market with the likes of VW, Skoda, Kia, Hyundai, and Ford.

Chinese manufacturer Ora is launching in the UK with the Cat, a Golf-sized hatchback with a choice of driving ranges and price points that are set to be significantly less than its rivals. Distinctive to look at, the Ora is following in the lines of MG in providing long-range EVs at budget-friendly prices.

The popular 308 returns in a new, more up-market model for Peugeot. Featuring the latest design language from the French brand and a PHEV option for customers, the Peugeot 308 is finally electrified, like much of the company’s core product range.

The imperious Range Rover reaches just its 5th generation since the launch of the original SUV in the 70’s. A design evolution rather than revolution has taken place, but PHEV options return, as does the promise of a pure-electric version to arrive in due course.

A larger leap forward visually than the new Ranger Rover over the old, the new Range Rover Sport will share PHEV options with other Land Rover models. Sportier and more compact than the Range Rover, the RR Sport will have a more high-tech interior and all-wheel steering for the third-generation version.

The Megane has gone crossover and electric, with Renault’s Megane E-Tech set to compete agains the likes of VW’s ID.3 in the family EV stakes. A significant range of almost 300 miles on a charge and ultra-rapid charging will be available, with a choice of battery options for a range of budgets.

Skoda’s excellent Enyaq iV is due to arrive in sleeker coupe-SUV form to appeal to a different set of buyers. The same variety of battery options will be available for the sportier model, plus most of the practicality will be retained, other than the trimmed boot space above the window-line.

The compact SUV is a new approach for Smart, and will offer more than 270 miles on a single charge for the electric-only model. It will be the largest model yet from the urban-focused manufacturer with a stylish interior and ultra-rapid charging.

Toyota’s first crack at a fully-electric car is the bZ4X, which kicks off a series of pure-electric models from the Japanese firm. A range of more than 300 miles is available from the SUV, and recharging will be possible in around half an hour with 150 kW DC capabilities.

Vauxhall’s family hatch get the new company family face for the first time, plus two plug-in hybrid options. The Astra will share parts with the Peugeot 308 from the same group, with a range of up to 30 miles on electric power alone available.

The Samba Bus reinvented for an electric age, VW’s ID. Buzz shows how a practical MPV can be cool at the same time. A variety of options will be on offer for buyers, with different range and power outputs to choose from, as well as a van version for commercial vehicle buyers.