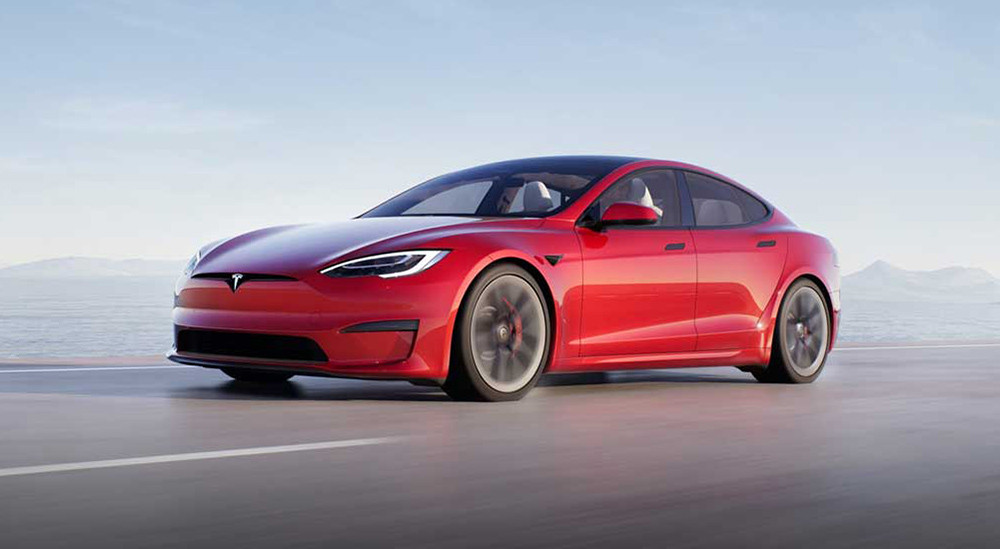 Tesla has launched a raft of updates to the Model S, with design tweaks outside, a new infotainment system system and cabin design inside, and a significant boost in both range and performance.

All specifications are for the US market currently, with confirmed UK details yet to be announced. As such, the quoted maximum range of more than 520 miles may not quite match the confirmed WLTP-tested statistic for European markets.

However, the US range testing system is pretty accurate, and since no EV currently goes more than 400 miles on a charge, it’s a significant step up even if the Model S doesn’t reach the 500 mile mark it is expected to.

This headline range is for the flagship Tesla Model S Plaid Plus, which also features a 0-60 mph time of less than 2.0 seconds, a sub-9.9 second quarter-mile time - and a top speed of 200 mph.

The Model S Plaid will still achieve 390 miles of range, a 2.0 second 0-60 mph sprint, and 200 mph top speed as well, though with a smaller battery. The Plaid gets 1,020 hp as opposed to the Plaid Plus’ 1,100 hp, both achieved with a third electric motor fitted to the standard dual-motor set-up.

Non-Plaid models will be Long Range versions, with a range of 412 miles, a 155 mph top speed, and 0-60 mph time of 3.1 seconds. The Long Range model, usually offering the longest distance in the Tesla line-up, now effectively becomes the entry level model, as Tesla’s advanced battery designs start to be implemented in the range-topping Plaid models first. 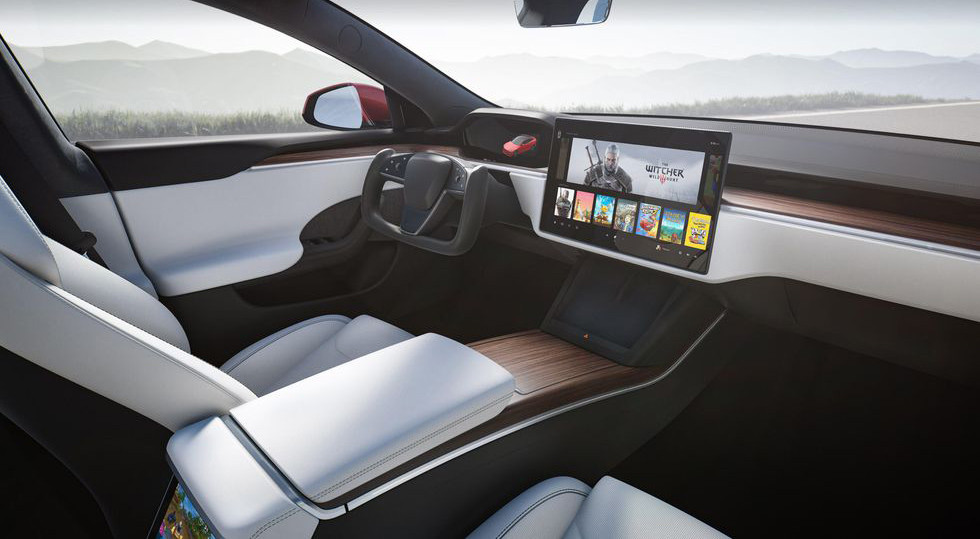 The exterior changes are minimal, with a slightly tweaked front bumper design and restyled rear diffuser. Visible changes are more easily found in the cabin however, which has been comprehensively restyled.

The Model S now gets a 17-inch landscape infotainment screen, with the orientation first found in the Model 3 and then the Model Y. Until now, the Model S used a slightly smaller screen in portrait.

Press images of the new Model S also include an aeroplane yoke-style steering wheel, which has caused much comment on social media. However, current regulations for vehicles able to be sold in the UK mean this is unlikely to make it to Model S vehicles sold over here, with a conventional, rounder and fully enclosed wheel likely to be fitted instead.

The extremely minimalist interior is likely to otherwise be carried over, though the images show no obvious drive selector function, with drivers needing some way to put the car into drive, reverse, park etc. It could be a function within the infotainment screen, but it would seem odd if one of the most basic functions of driving a car were to be within a digital menu rather than a physical control. 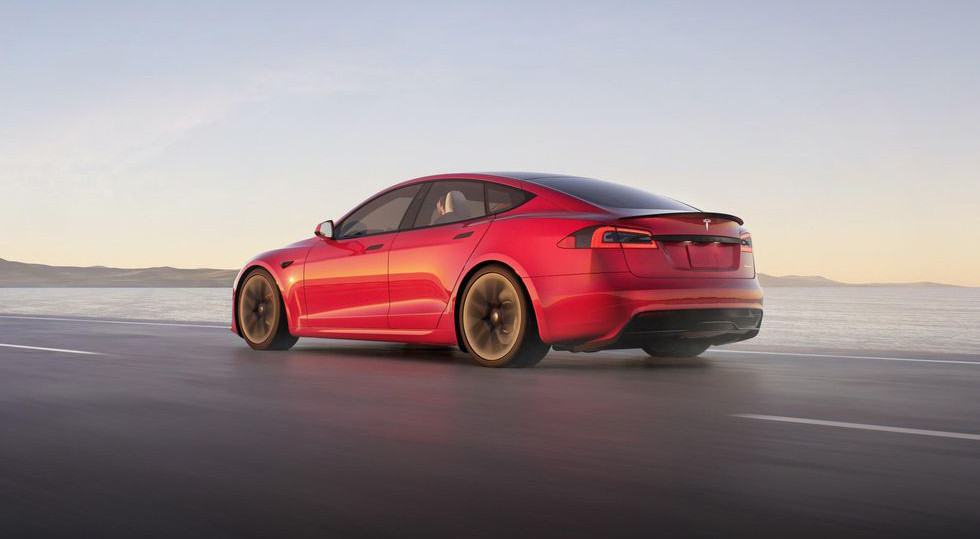