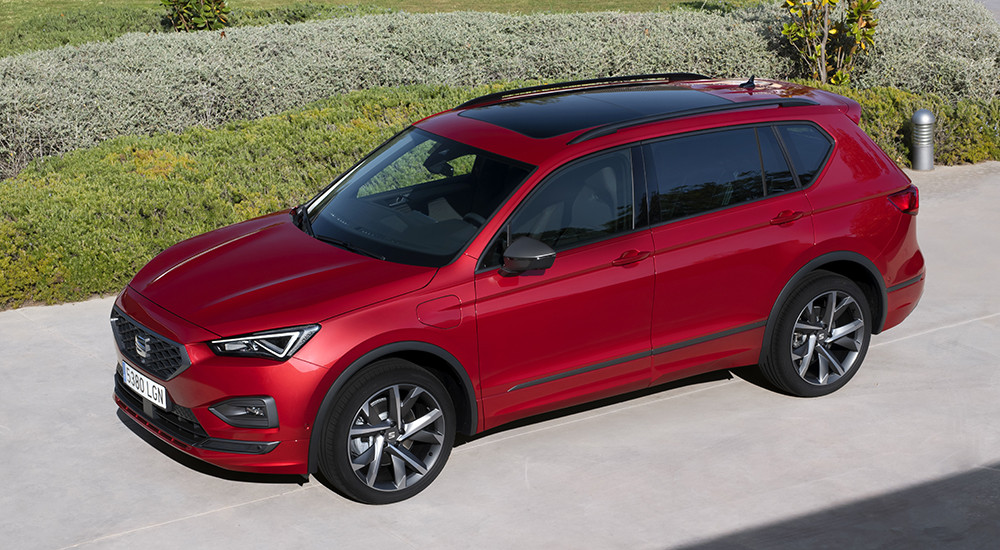 That’s possible because of a 13 kWh battery fitted to the hybrid system, which incorporates a 1.4 litre TSI petrol engine and 85 kW electric motor. Power output is rated at 245 hp, and the combined petrol and electric range on a tank/charge is 454 miles. Efficiency scores are as good as 37 g/km CO2 and 176.5 mpg.

Charging can be carried out at 3.6 kW for a charging time of as little as three and a half hours, or around five hours using a three-pin plug. Users can remotely control charging times, pre-conditioning, and vehicle status using the Seat Connect app.

Prices are yet to be announced, though two specifications will be available at launch - FR and Xcellence trims. Although the non-PHEV version is available as a seven-seater, the addition of the battery and other electrical components means the Tarraco e-Hybrid is a five-seater.
The Seat Tarraco e-Hybrid has entered into production, and UK deliveries are expected to start in the second half of 2021.