Summer Festivals 2017: Your Essential Guide to This Summer’s Top Festivals 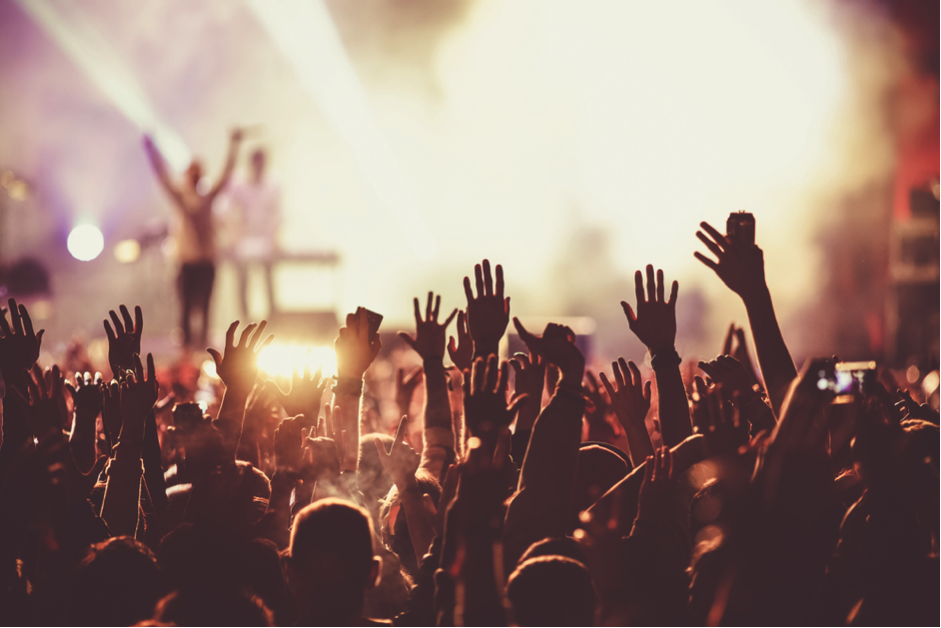 If you have not already done so, now is the time to get out your camping gear, see it is checked over, and get ready for some fun at one of the many summer festivals planned for 2017. Whether your taste is for heavy metal, rock, pop and dance, or nothing in particular, just “being there" we are sure that there will be one or two that just fits the bill.

A couple of the big ones have already been held, The Isle of Wight and Glastonbury, if you missed these this year then perhaps next year, well not for Glastonbury, because this event is so popular that after a while the land simply needs two years to recover, this means that the next festival at Worthy Farm will be in 2019.

The Isle of Wight is usually held in June and claims to be one of the oldest in the UK and at the incarnation in 1970, it attracted 600,000 with a line-up of Jimi Hendrix, The Doors, The Who and Joni Mitchell among others. Is it the best? Well it certainly attracts headlining acts. Perhaps one of the major drawbacks is that it is an Island and to get there you will have to use a ferry, festival parking is possible on the Island, but perhaps leaving the car in a secure location in Southampton might be a better option. Well if you did not manage those two, here are some more suggestions to consider.

Wilderness in Oxfordshire is one of the best places to consider, those that have been here will tell you that quite correctly it is famed as one of the UK’s best festivals for wellness, experience tells you that this is one summer festival where you are likely to leave feeling more revitalised than when you actually arrived!

It is a festival with a difference, certainly it is family friendly, but music makes the real difference. This year the musical line-up showcases some of Britain’s brightest and best home grown musical talents and these include Two Door Cinema Club and Bonobo, if not for you then countless cultural offerings are there as well, with literary debates as well as independent theatre for example.

Getting to Wilderness is simple. There’s on-site parking available, but you can also get the festival bus from National Express, which leaves from various locations including London. Find cheap hourly London parking here. 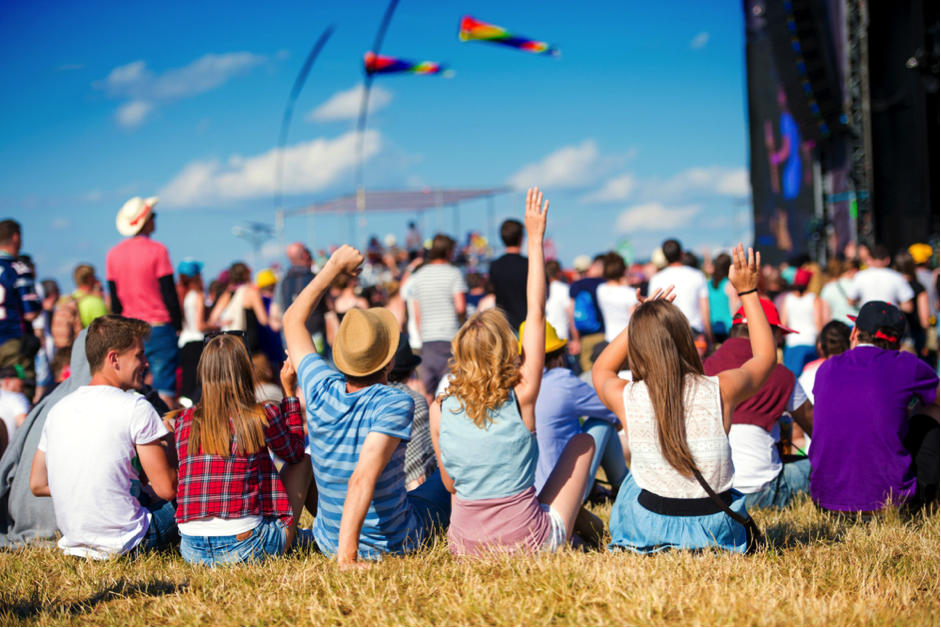 If the Wilderness is not quite your scene, if you prefer to listen mainly to the Top 40, Virgin V held at Hylands Park, Chelmsford during the 19th to the 20th August and thanks the almost bottomless budget, or so it seems, V Festival always manages to grab some great headliners, they have been doing it for 22 years after all.

This year the V Festival line-up features superstars Jay Z and Pink, as well as Rudimental, James Authur, Craig David, Busted, Jess Glynne and Ellie Goulding also making an appearance; however, for many festival goers its Pete Tong’s remixes of Ibiza classics that will make the day.

More than 20 years after Pulp’s charismatic front man Jarvis Cocker famously said that he wanted to do two outdoor gigs on consecutive days, V Festival is firmly established as one of the best festivals in the UK.

It may not have a stunning woodland venue or have the grandeur of some of the bigger festival weekends, but if you want a day filled with chart-topping anthems, then V Festival is hard to beat.

Parking is available on-site, but with a huge influx of cars expert to move slowly. Shuttle buses run from Chelmsford for £5 return. Find cheap parking in Chelmsford here.

Away from country parks, farmers’ fields, theme parks and the like, above all if camping out is definitely not your scene, how about enjoying a rave at one of the inner city festivals this year.

Not every music lover likes to immerse themselves in a mud filled field for the entire weekend although many claim to do, and it does of course mean that you get a sense of comradely and free spirit which is hard to beat. But, if you do not want to get home and start removing the smell of charcoal that still clings to your clothes days after the event, then these inner city festivals are for you. And here are some we suggest. 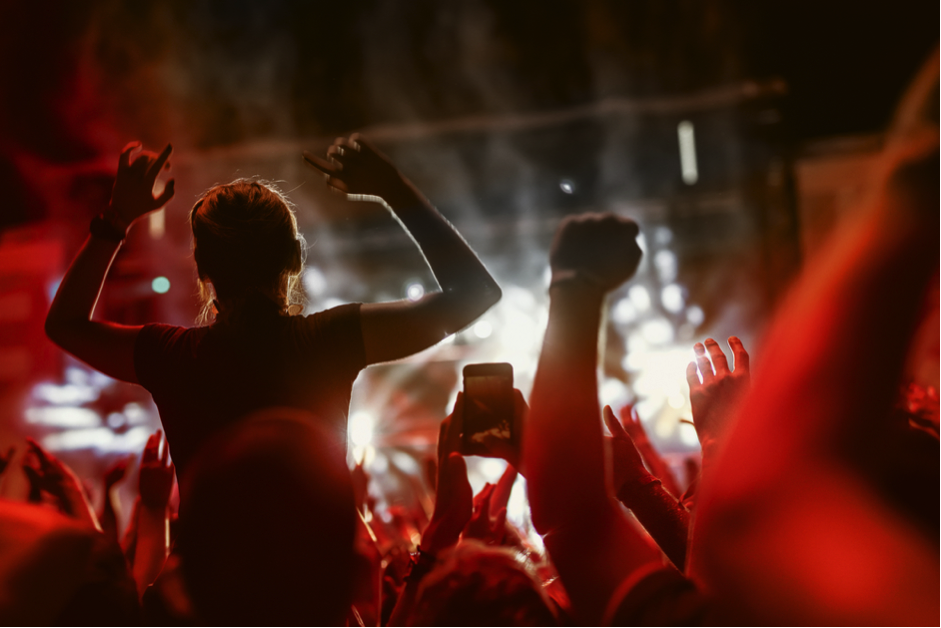 Taking over London Fields Brewhouse and some of Hackney’s finest venues on August 5th, Visions has a lot more to offer than just music.

Take in the tattoo exhibition or rock out in the karaoke bar and savor the delights of the craft beer stalls. For something completely different check out the yearly Visions Dog Show; you can even enter your own dog whether they like it or not (entry fee is £5 and all proceeds go to the Dogs Matter Charity. Then, of course you have the all-important music this year provided by Shame, Liars, SOPHIE, Goat Girl and many more.

Staying in the Hackney area on October 29th, Mirrors is an alternative to the Visions Festival and is much along the same lines with good music, beer and food. This year’s line-up is still to be announced, but if previous years are anything to go by, this is a must see for music lovers.

Who can forget The Wytches playing unforgettable shows in churches, or the likes of Declan McKenna and Dream Wife playing Mirrors before making a name for themselves.

Rounding off the inner city festivals on October 21st, Bristol hosts Simple Things, again the line-up is not yet completed, but if last year’s cast of Kano, Death Grips and Anna Meredith, are anything to go by, then we can look forward to a showcase of alternative acts that only Primavera in Barcelona and Field Day in Tower Hamlets can match.

Boomtown is your scene if you are into a full specter of music ranging from Drum and Bass, Reggae, Punk Rock, Folk, Hip Hop, right through to Swing all set in the natural amphitheater at the Matterley Bowl estate in the Winchester area of Hampshire.

Every year a small town pops up here, Boomtown with mesmerizing basslines and mind bending offerings all round. During the day, this is a family friendly venue with a range of activities including banqueting, crafts and wellness areas.

After dark though, now it is where fun lovers’ emerge to take in the atmosphere with some dub, ska and reggae which sees a party vibe until the daylight hours. This year’s line up taking stage from the 10th to the 13th August includes American Hip Hop royalty Cypress Hill and the Sugar Hill Gang, as well as reggae legend Dawn Penn and many many more; there is definitely something for everyone at Boomtown.

Festival buses from Big Green Coach are available from various locations. Shuttle buses will also be running to and from the festival site for £10 return. Find cheap hourly parking in Winchester here. 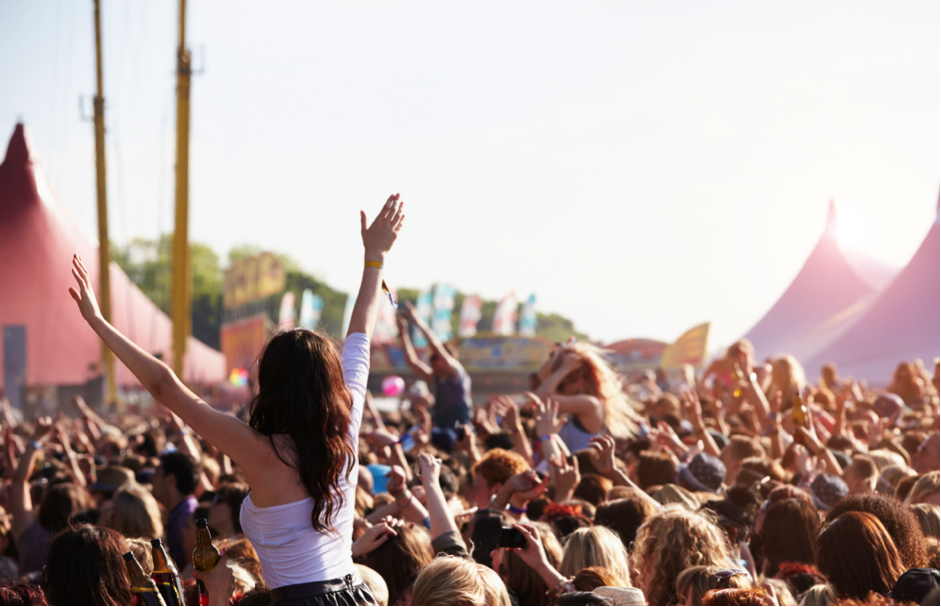 No longer on the Isle of Wight, Bestival has moved to the mainland this year, to a custom made campsite aptly named Camp Bestival. But don’t think that just because its moved the caliber of acts won’t be there, because Bestival still has the pulling power to get the top acts from around the UK and beyond.

Festival goers attending this event between September the 7th and 10th at its new home in Lulworth Cove Dorset on the famous Jurassic Coast, can also enjoy some hectic and manic fun happening on the carnival of small stages, if you’re there with a loved one and want a bit of fun visit the inflatable church for a festival marriage; we would hasten to add here that it is not legally binding however! This year’s iconic line-up features Hip Hop legends A Tribe Called Quest, British Rapper Dizzee Rascal and iconic duo the Pet Shop Boys to name a few. Whatever music you’re into you can find it at Bestival.

On site parking is available, however the Big Green Coach will be doing the rounds from major cities. Find cheap parking near these bus stops here.

For lovers of great popular music, the Reading Festival, particularly if you want to get away from the sound of exam results being ripped from their packets, is the place to be over the August Bank holiday weekend of the 25th to the 27th.

Bringing you the comfort of indie, rock and everything in between headline acts include Muse, Eminem and Kasabian, while other acts confirmed so far announced include Two Door Cinema Club, Bastille, Jimmy Eats World, and Fatboy Slim.

If other year are anything to go by we can safely say that this is traditional festival mayhem at its finest. Not to be confused with the new wave of boutique festivals sweeping the country, Reading does what it does best, get the right acts at the right time, something it has been doing for the last forty five years.

This years lineup sees Reading showcasing huge dance and rap acts alongside it’s staple of rock and indie legends, but Readings rhetoric has always been big acts, warm beer and lots and lots of fun.

Parking is available on-site, however you can expect long delays. The Big Green Coach will be doing the rounds beforehand, and a shuttle bus is available from Reading station. Find cheap parking in Reading here.

It has to be rightly described as a stunning lush rolling splendor set in the Brecon Beacons, The Green Man Festival is Wales’s largest music event and prides itself on giving up and coming and alternative acts a chance to showcase their talents and its ethical non-corporate approach. With a star studded line up featuring punk rocker Billy Bragg, Welsh singing sensation Charlotte Church, American singer songwriter Ryan Adams and alternative dance group Saint Etienne. With all these fantastic acts and more the hills will surely be filled with the sound of music over the 17th to the 20th August.

We must not forget that there is also no shortage of target based music genre either, choose from Folk music, Psychedelia, Indie, Dance, World Music, Americana, Electronica. Proudly and completely independent, Green Man has been held since 2003 and continues to grow and attract music and arts lovers to the Brecon Beacons.
Coaches are available through National Express from major cities throughout the UK. Find cheap parking here, so you can spend money on the things that matter most!

This is just a taste of the many summer festivals held each year, traveling to many of these, unless held in major towns or cities, precludes the use of public transport, which for many greenfield sites, or even some city festivals at weekends, entails getting to them by car. Finding secure and convenient festival parking need not present a major hazard, searching online can usually be successful, but care should be taken to ensure that your car is left with members of trade associations.