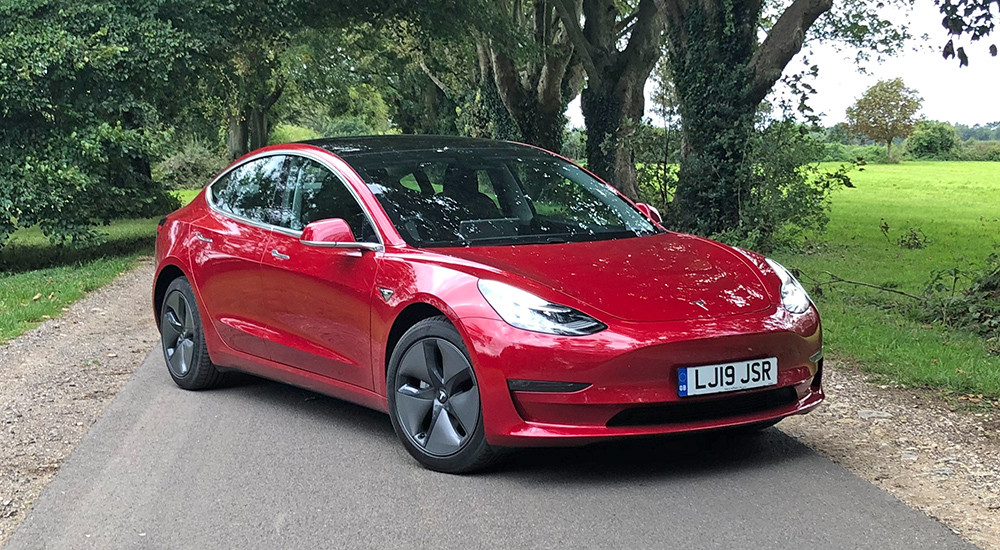 Tesla’s Model 3 has shot up the UK’s electric vehicle sales charts in 2020, with the latest set of figures from the Department for Transport (DfT) showing that 15,002 of Tesla’s entry-level model have been registered to the end of Q3 2020.

The DfT’s quarterly registration figures come out three months after the quarter reported on. With the latest set of figures, the DfT’s statistics show that the Tesla Model 3 has almost out-sold the second best-selling model three to one.

Kia’s e-Niro is in fourth place on 4,201 models, and Jaguar’s I-Pace in fifth with 4,134. Rounding out the top ten are the Renault Zoe, MG ZS EV, Audi e-tron, Vauxhall Corsa-e, and Hyundai Kona Electric. Interestingly, the BMW 330e is the only plug-in hybrid in the top ten for the first nine months of 2020, showcasing the comparative strength of the pure-electric car market. 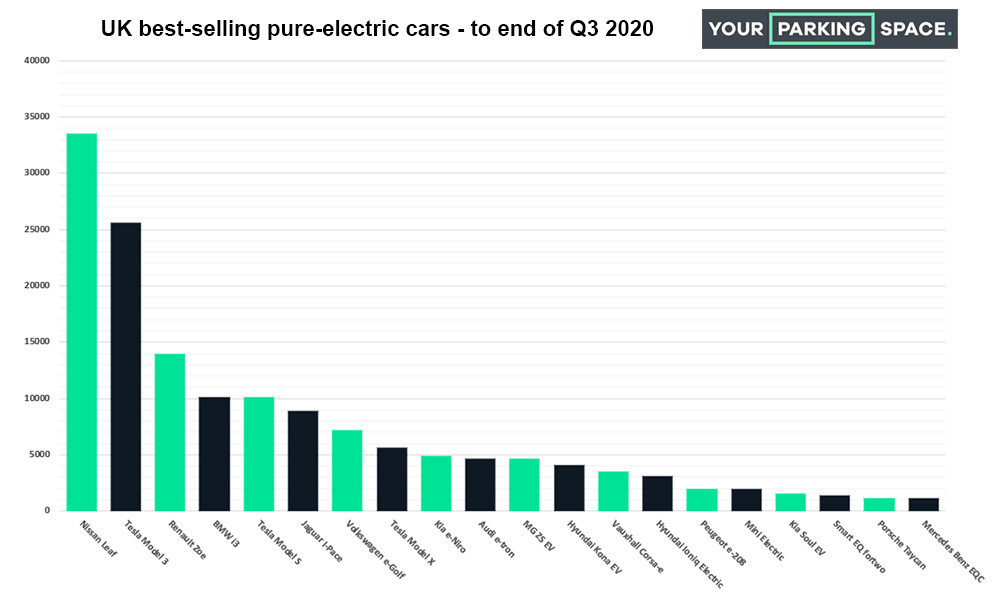 For the latest quarter, Tesla unsurprisingly leads still, with 5,721 units, ahead of the closely-pitched Kia e-Niro and Renault Zoe on 2,960 and 2,955 units respectively. The Corsa-e, Mercedes Benz A 250 e, Kona Electric, 330e, e-tron, Leaf, and I-Pace complete the top ten for Q3 2020. Looking at pure-electric models only, the BMW i3 and Mini Electric come in as the ninth and tenth best-selling EVs during that time, behind the Ford Kuga PHEV and Volvo XC40 PHEV in terms of total registrations.

The rise of Tesla’s Model 3 has been dramatic, with the first registered models only in the DfT’s Q2 2019 figures - and even then less than 180 units were recorded. Around 5,000 Model 3 registrations are being added each quarter since the car went on sale in the UK. It now sits in third spot in the UK’s total EV sales charts after only around 18 months of being on sale. It's behind only the Mitsubishi Outlander PHEV (47,446) and Nissan Leaf (33,492), which have been available for far longer.

Looking at manufacturers, BMW is the leading brand in the UK for plug-in cars, having sold more than 65,300 models to the end of Q3 2020. This is largely down to a combination of an early entry into the electric vehicle market and a large number of plug-in models. There are nine different model series with plug-in variants available.

BMW’s approach is in stark contrast with the second-best electric vehicle manufacturer, Mitsubishi, which hangs most of its almost 47,700 sales on the Outlander PHEV - a handful can be attributed to the I-MiEV. Tesla has risen into third place in the manufacturer’s charts with the latest set of results, seeing its 41,300+ units made up of entirely pure-electric models - the Models 3, S, and X, and the Roadster.

Nissan, Volkswagen, Mercedes Benz, Renault, Volvo, Land Rover, and Kia complete the top ten manufacturers, with the greatest choice of plug-in vehicles available from Mercedes. Counting all model series with plug-in variant sales in the UK - both new and older models - there are 18 different powertrains available from 11 Mercedes Benz nameplates.

Best-selling electric cars in the UK to date