News, Views & Insights/ The Most Legendary Cars Ever - Experts Round-up

The Most Legendary Cars Ever - Experts Round-up 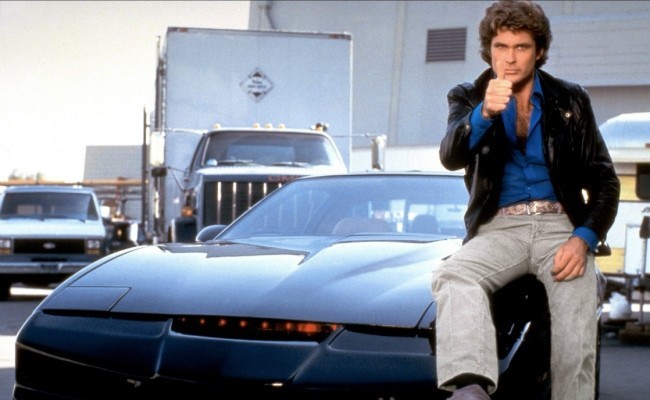 Most cars are just that. Cars. But once in a blue moon, a special car arises. An out of the ordinary vehicle that takes your breath away.

This car is THE car.

We asked top car experts to tell us which is the most legendary car they've ever seen. Fasten your seat belt, and get ready for our list of most legendary, amazing, mythical cars ever!

The most mythical car ever would have to be the 1968 Ford Mustang GT out of Bullitt. One of my all-time favourite films with some classic car-chase scenes. I read an article last year about one of only two of the cars used in filming being discovered in a junkyard in Mexico. People thought it had been scrapped... What a feeling that must have been for the person who found and has seemingly verified it to be one of the two used in filming. The 1968 Mustang GT is an icon from an iconic era. 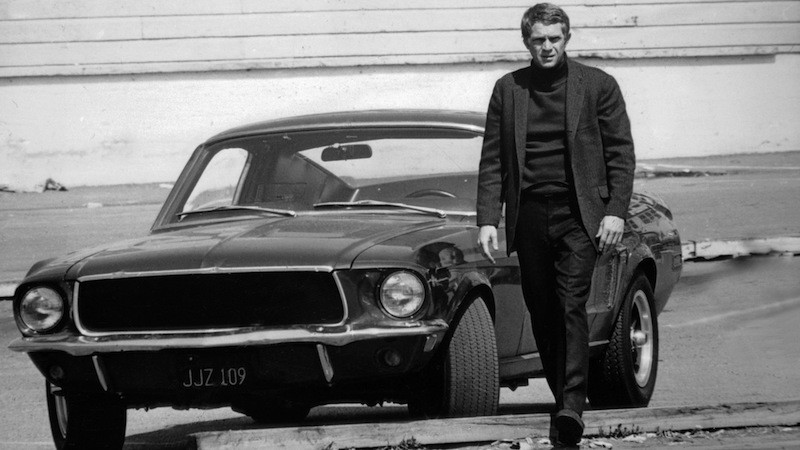 The most mythical car ever has to be K.I.T.T From Knight Rider!
Who doesn't want to own a talking car? A super fast talking car driven by David Hasselhoff. In many ways this car was predictive of the self driving cars the automotive industry is working towards. In the film KITT used to use Auto collision avoidance which many vehicles nowadays have!
It was an also an eco friendly vehicle that was fuelled by hydrogen. Although, there are Hydrogen vehicles now such as Toyota Mirai being sold to Fleet companies etc back when this film came out Hydrogen vehicles were a fantasy. In case you didn't know K.I.T.T. which stands for Knight Industries Two Thousand was designed based on the Pontiac Trans Am. 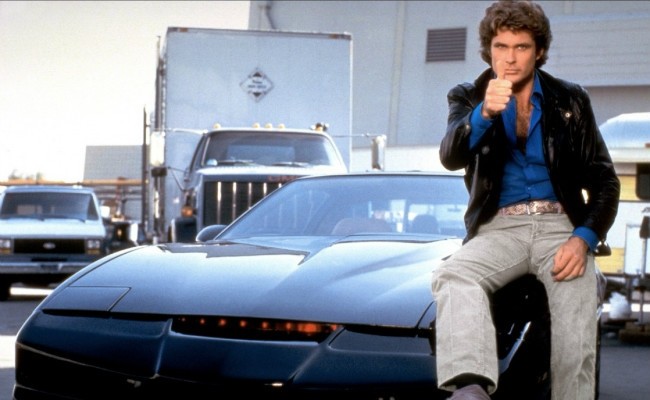 Our top pick would have to be the Shaggin’ Wagon from Dumb & Dumber. What is more iconic than this 9184 Ford Econoline which has been redecorated to resemble a dog? With carpet on the outside, this mangy mutt of a vehicle could only be dreamed up by the characters of Dumb & Dumber. 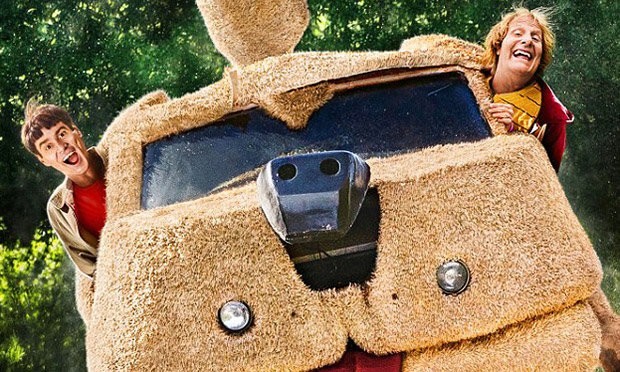 #4. Tabby Farrar: the VW Beetle, aka Herbie from The Love Bug

As far as cars that have existed and have legendary status rather than being purely mythical, the VW Beetle has to be one of the most beloved and iconic cars in history. Taking a starring role as 'Herbie' in The Love Bug, VW Beetles are instantly recognisable and have become synonymous with the swinging 60s - and vintage models remain sought-after to this day. 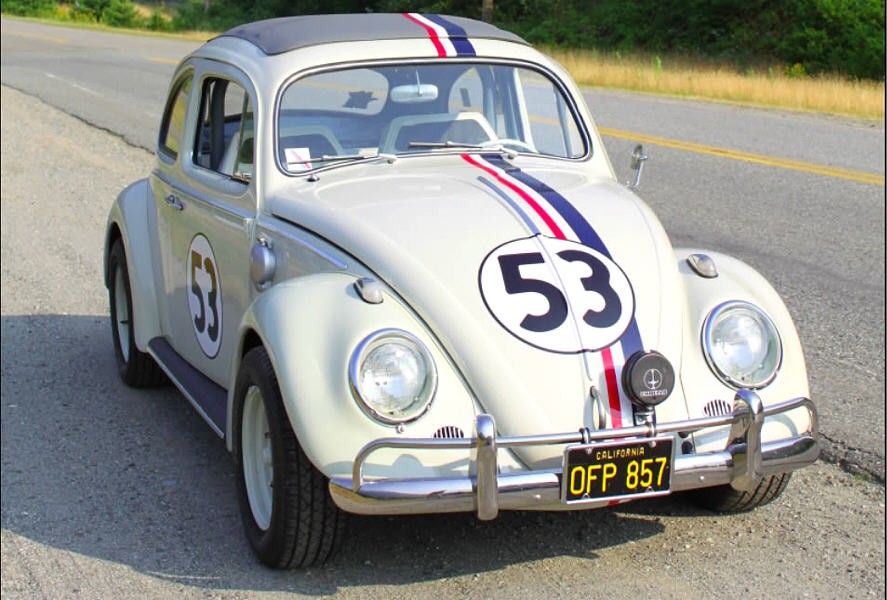 The unicorn from my generation is absolutely the MKIV Toyota Supra. A daily driver capable of phenomenal horsepower with very little spend, the Supra helped introduce a generation to the car culture. As the years pass, fewer and fewer pristine representations are available with many of them highly modded out or crashed; a fate accelerated with a feature in the Fast and Furious franchise. Considering the soon to launch MKV Supra, the MKIV variant will assuredly head the way of muscle car and become an automotive icon. 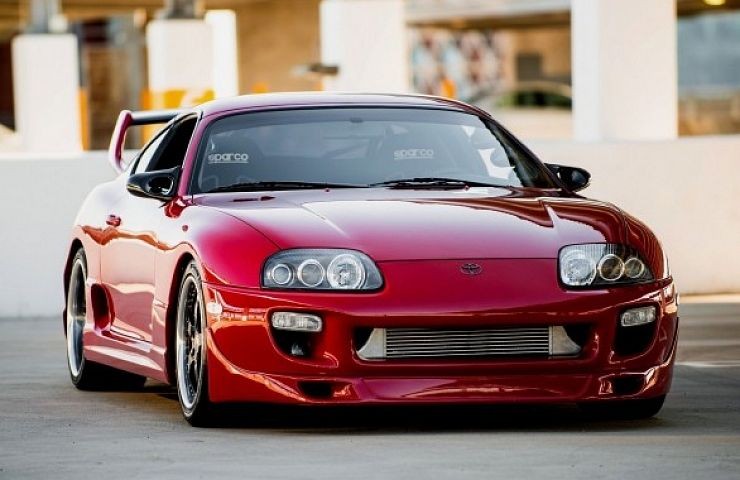 For adrenaline, the one that makes off this Plymoth Fury of the year 58, red and white. All a classic wonder ... with a good psychopathic dose under the hood.

The novel by Stephen King, brought to the big screen by John Carpenter, about the process of transforming a teenager into a kind of 'accomplice' behind the wheel of a car possessed by the forces of evil, caused more than one nightmare and served to to make us look with different eyes at the classic lines of American cars of the 50s -one of King's obsessions, to which he would return in his literature in the novel 'Buick 8'- and, above all, to value this rare and beautiful classic American model, of which only 3,000 units were manufactured by the Chrysler subsidiary brand of this model in the year 58..
Of course, despite her bad temper, Christine was able, after her furious homicidal moments, to 'heal her own wounds' and restore herself in a miraculous way: A dream came true for insurance companies.

#7. Scott Hamilton: Eleanor, the Mustang Shelby from Gone In 60 Seconds

The topic of mythical cars got us excited at MyCarNeedsA.com. With so many greats it’s a tough choice, however, for us there is one that sits a league above all others and that’s ‘Eleanor’ the 1967 Shelby Mustang GT500. Eleanor is featured in the movie ‘Gone in 60 Seconds’ - which is widely recognised as one of the most iconic film cars ever - it has an unrivalled air of beauty that almost gives it a life of its own. Used by fan favourite, Nicolas Cage, to outrun the cops in one of the most exhilarating car chase scenes in history, the audience cannot help but feel a sense of pain when it comes to be damaged during the process. The strength of this emotional connection between man, machine and the audience shows just how mythical this car really is. 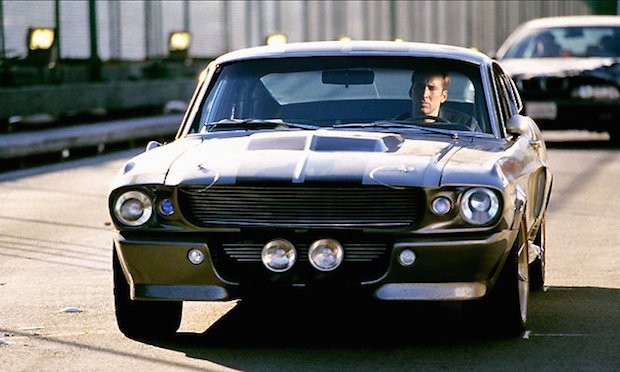 The legendary, spine-tingling Porsche 911 GT1 exists in the flesh in road-legal form thanks to FIA GT racing rules, although unsurprisingly only an extremely exclusive number of circa 22 lesser Straßenversion iterations was produced. The most mythical Porsche 911 GT1 ever is unarguably the Evo(lution) model and, specifically, the solely road-legal example bearing the P1 POW number plate. Sitting at the top of the 911 GT1 tree with 600-640bhp from its 3.2-litre twin-turbo flat-six and hurtling to 60mph in 3.7 seconds partly thanks to weighing just 1,120kg, P1 POW is dripping in racing history.

Racking up 13 wins from 31 starts with a pedigree spanning 24 Hours of Daytona and three triumphs at the Canadian GT championship, this decorated legend made a most welcome appearance at 2015's Goodwood Festival of Speed and changed hands in 2016 via RM Sotherby's for €2,772,000. Whenever it makes a rare outing, jaws drop. 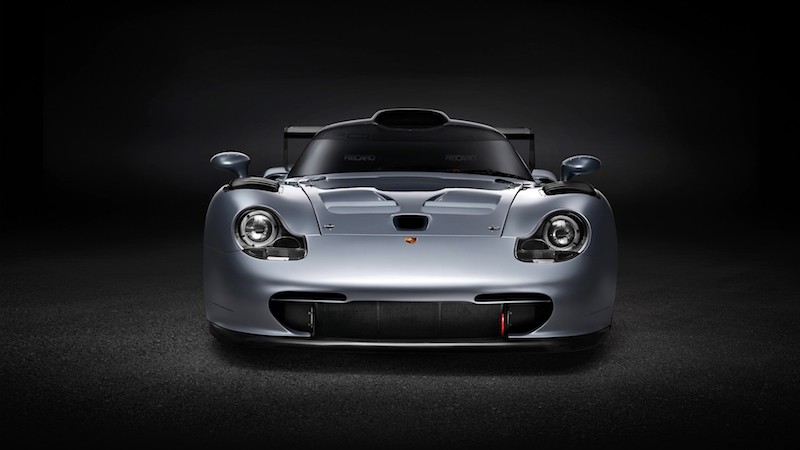 For me the most mythical car ever is the Alfa Romeo Tipo 33 Stradale. It is one of the most beautiful Alfa’s ever designed and is incredibly rare. Only 18 were built from 1967-69. It was designed by Franco Scaglione and has a 2.0ltr 240BHP V8. It combined the best elements of Alfa’s racing technology in a road legal package. And it was one of the most expensive production supercars in the world when it was launched. I was very lucky to see one on static display at a classic car show. And it was a sight to behold! But I’ve never seen a Tipo 33 Stradale driving. That would be a dream come true. Which makes it that bit more mythical. 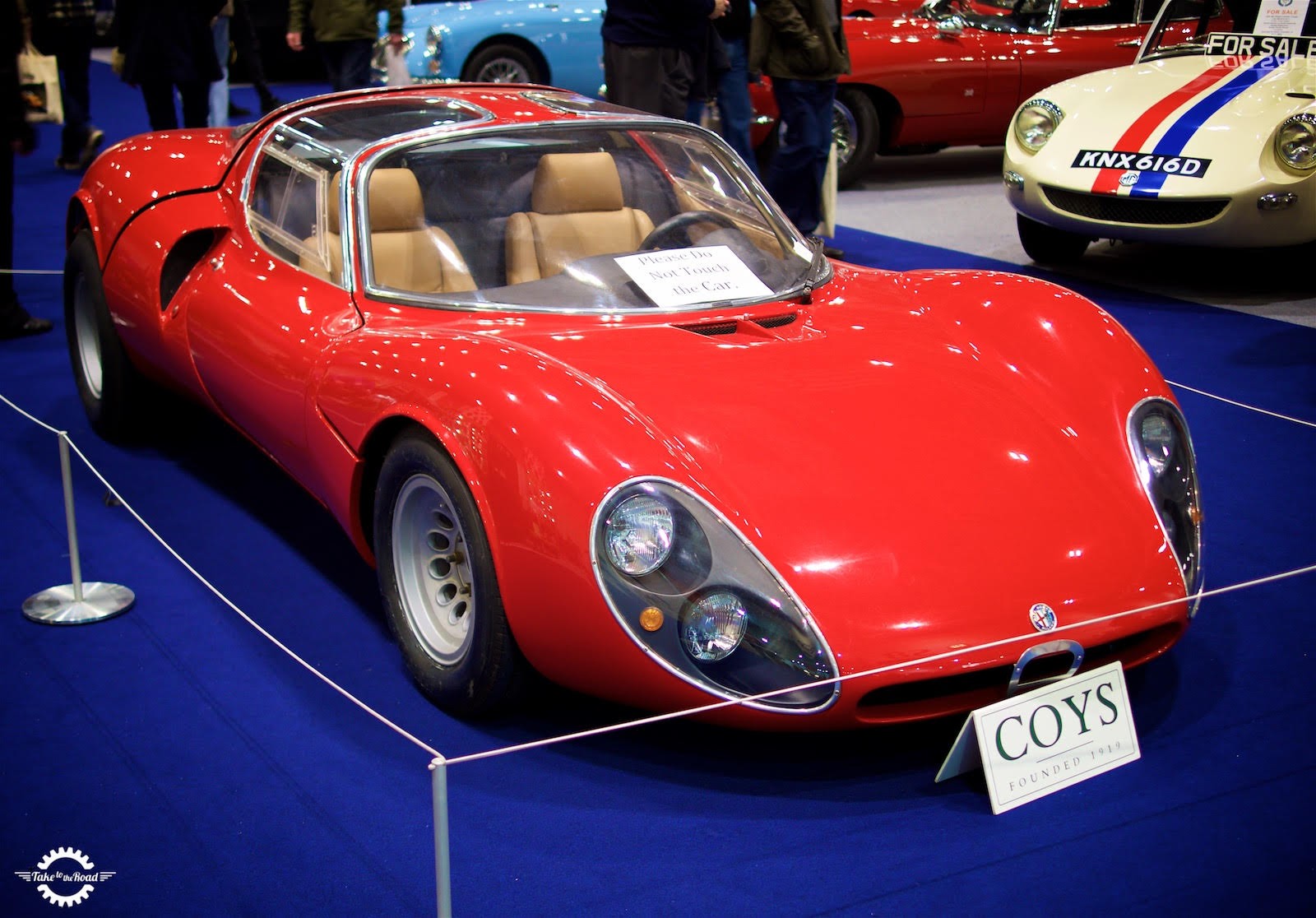 I go all the way back to high school with this one. I was in a local band, and we had a reputation for being a little crazy. On the way home one day, I spotted what I was sure would be our next band vehicles: two 1980's limousines, for $500 each. And here’s the kicker. They were wrapped in some crazy shape-shifting film that looked like the Mustang right here. These things were insane-looking.

I drove home and immediately told my brother, who was also in the band. He agreed that these MUST be the next band-cars. How cool would we be pulling up to a show in multi-color limos? This being the pre-social media days, after several phone calls we convinced the rest of the band to chip in enough money, saying we could take turns driving them as our normal cars. I picked up the cash from each guy the next day at school, and went with my brother to get the limos. We got there, and they were gone. I had to give each person their money back and try to convince them I wasn’t crazy. Those cars became a myth, and I never saw them again. It still bothers me sometimes. Did I just imagine seeing them? I may never know. 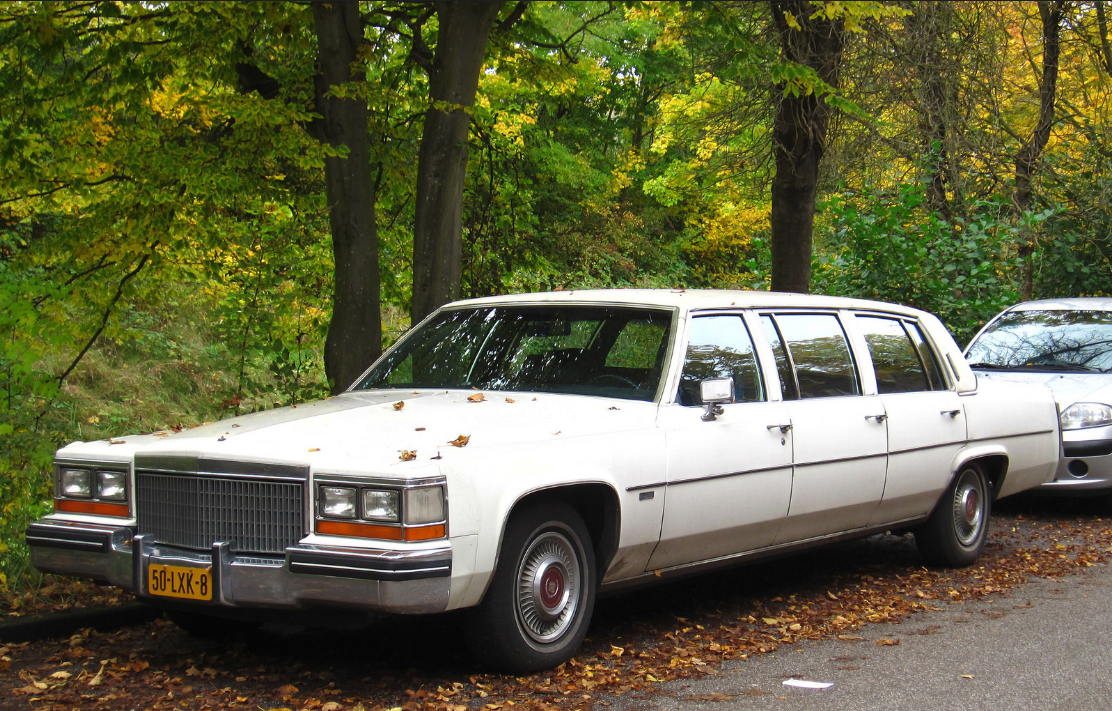 Johnny Cash sung One Piece at a Time. This was actually about stealing a car, bit-by-bit, from the Cadillac factory where he worked. This most mythical car was smuggled out in what must have been a TARDIS related lunch box! It evidently took him a while to get all the parts because when asked what model it was he replied: ‘Well, it’s a 49, 50, 51, 52… 70 automobile’. I love it and want one of those cars! 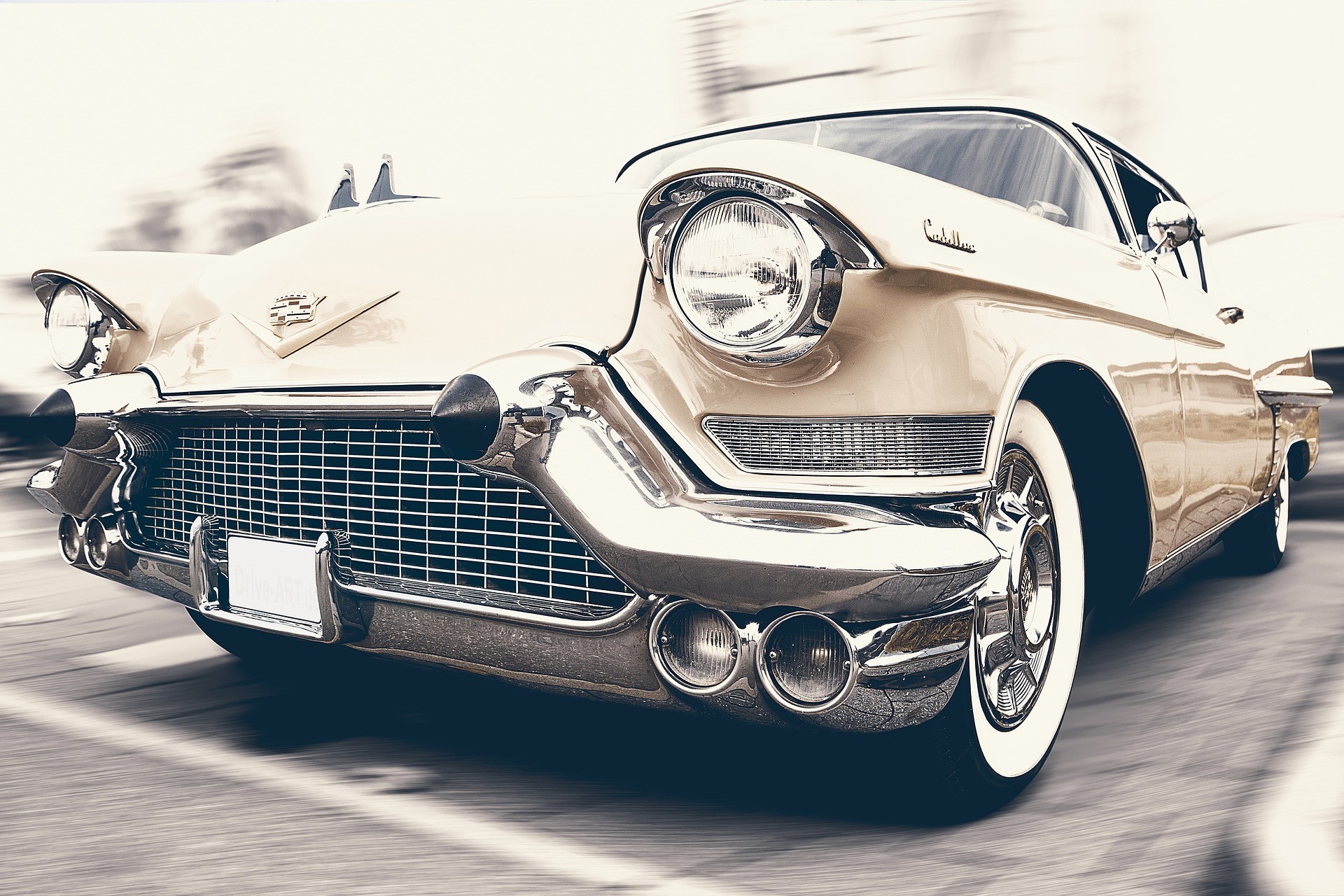 #12. Kit Boothby: the Ferrari Daytona that Dan Gurney and Brock Yates drove in the Cannonball Run race in 1971

For me it’s the Ferrari Daytona that Dan Gurney and Brock Yates drove in the second running of the original Cannonball Run race across the States back in 1971. It took them 35 hours and 54 minutes to travel 2,863 miles at an average speed of around 80 mph. Gurney did say, “At no time did we exceed 175mph”, this was on public roads remember! They only stopped for fuel, a speeding ticket and had to ‘slow down’ to drive through snow. Simply stunning. This event also gave birth to the Gumball Rally and Cannonball Run movies. Enough said. 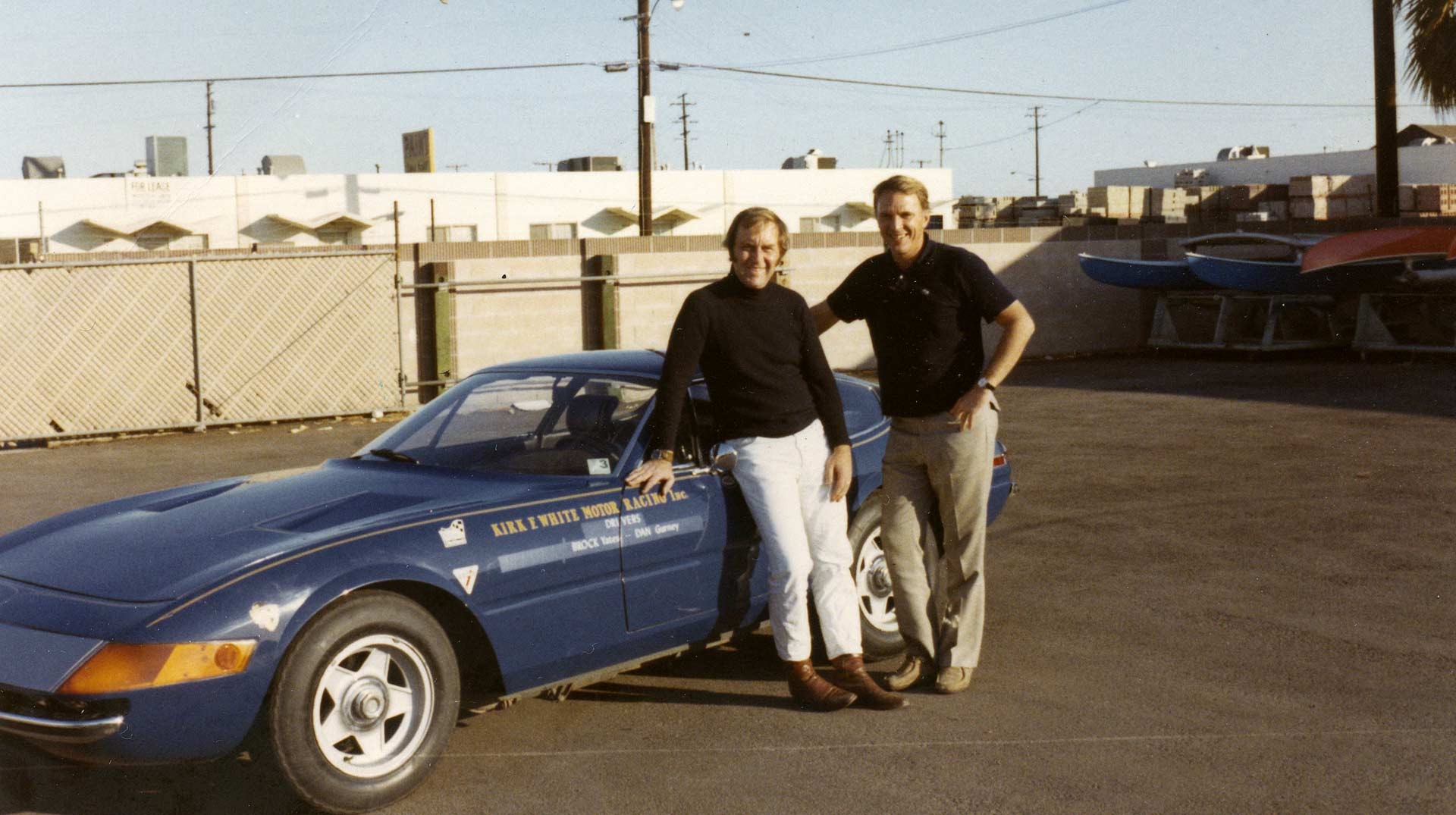 For me, mythical cars are cars that really do exist, and can be driven. I was going to go for FAB 1, Lady Penelope’s car from Thunderbirds, a car that really does exist and can be seen at the British Motor Museum in Gaydon. Then I thought the DMC DeLorean from Back to the Future, what’s not to love? However, for me, I think the cars that have appeared in the Batman movies are right up there. They look great, make the mind wonder what is really possible and are pure escapism, which is what cars should be all about. So Batman's cars are my ultimate mythical car. 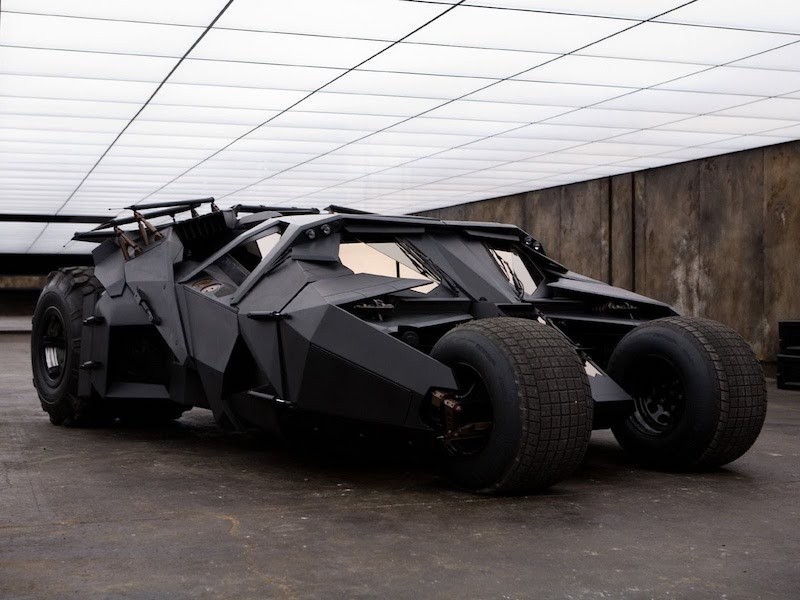 #14. James Kirby: the Lamborghini Miura from the 1969 movie The Italian Job

My most mythical car ever has to be the Lamborghini Miura from the 1969 movie The Italian Job. It's totally romanticised in the opening sequence. Speeding through a river of open road on St Bernards Pass with the Italian Alps in the background, the Mat Munro ‘On Days Like These’  accompanying the sequence... from that moment you want to be behind the wheel of the Lambo.

The cinematography creates the myth and from it is born a supercar legend.

And though I can recreate that scene it will never be the same or feel the same from behind the wheel of my VW Tiguan. 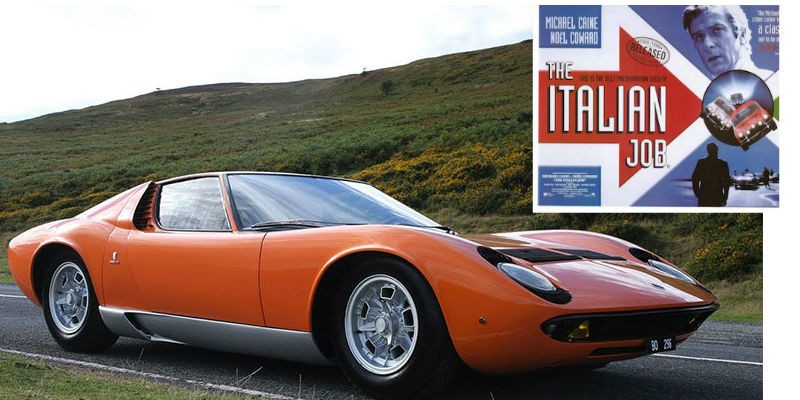 For adrenaline, my favourite car is the BMW M3 CSL, the limited version of the M3 with only 1383 cars being produced! It is lighter than the regular E46 BMW M3 and it has to be one of the most beloved cars because destroied a lot of powerful cars like Aston Martin Vantage V8, Lamborghini Diablo VT 6.0, Porsche 911 Carrera S and many more! In the
world of BMW M car fandom, the E46 M3 CSL remains king. It’s likely the most iconic special-edition hardcore track car in the history of BMW. It is a superb car and one that will live on in the history books!! 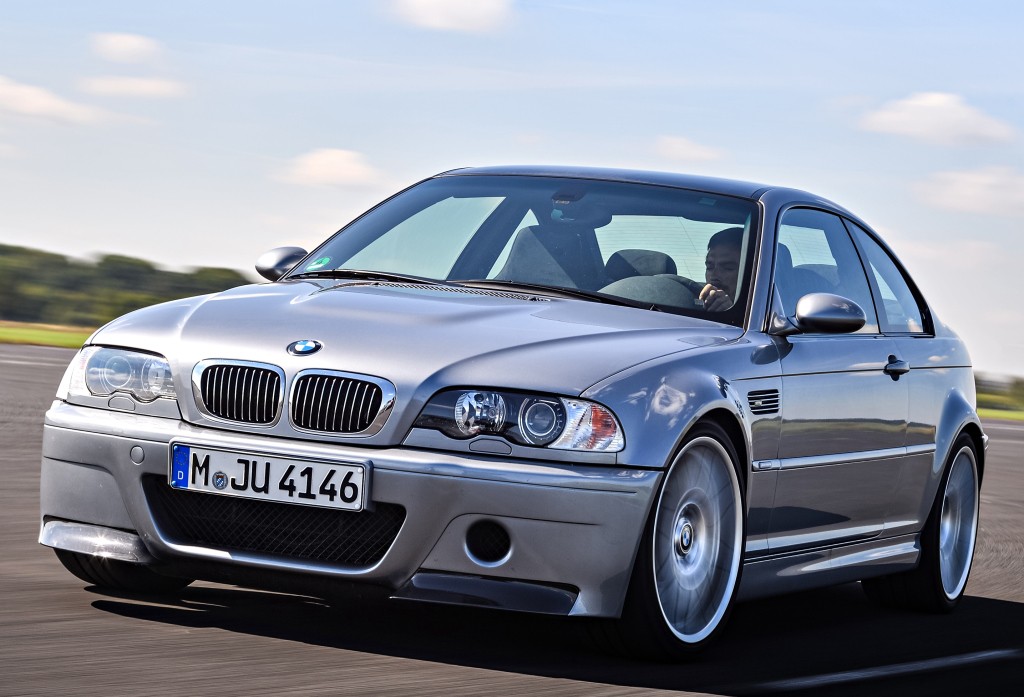 Greg loves movies, comic books, nerdy stuff and cool cars. But don't ask him to fly anywhere, he hates that.