The Top 10 Strangest Cars Ever 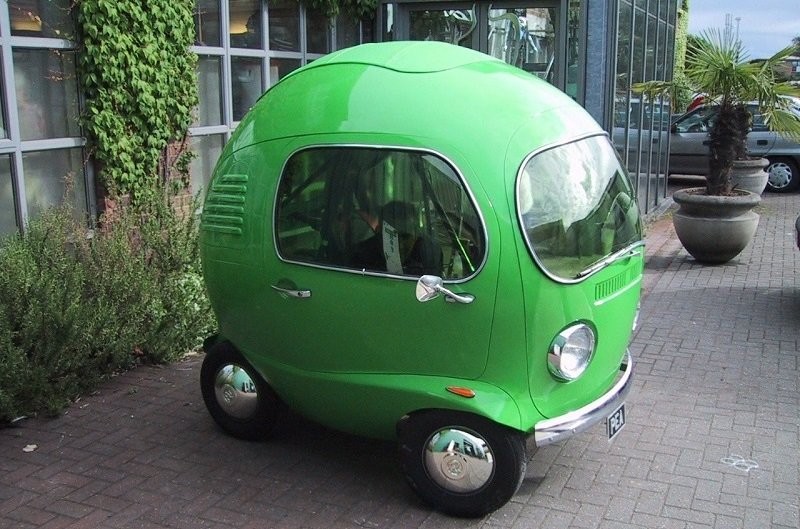 Ever spot an unusual looking car on the road? Or perhaps you are the proud owner of a more bespoke type of car than the usual run-of-the-mill models? Whether you’re the driver or a fortunate observer, spotting unusual cars driving by can make us smile and brighten up our days. Join us on a journey as we scour the globe to find the top ten strangest looking cars ever, gazing in wonder at the fantastical design concepts that have actually made it on to the road.

The strangest looking cars ever!

The Peel P50 is a world record breaker. It is listed in the 2010 Guinness Book of World Records as the smallest production car ever made. This three-wheeled micro car was originally manufactured by the Peel Engineering Company on the Isle of Man for only three years, from 1962 to 1965. It was advertised as being the perfect size to fit one adult and one shopping bag. No room for the kids in this tiny car! It only has one door, which is on the left-hand side, and one headlight. Going backwards in the Peel P50 was not an easy option as the car has no reverse gear and needs to be manoeuvred backwards physically using a handle at the car’s rear. Only 50 of these unusual little cars were originally manufactured and only 27 are known to still be in existence. In March 2016, one sold at an auction for a record US$176,000. 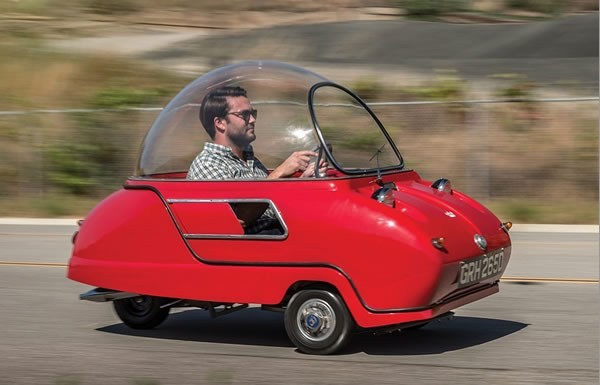 At first glance, you would be forgiven for thinking that the Ferrari 512S Modulo looks more like a spaceship than a car. With an extremely low, wedge-shaped body, this unusual looking car has a canopy-style glass roof which slides forward to enable the driver to enter the cabin of the car. The Ferrari 512S Modulo was a concept sports car, first unveiled at the 1970 Geneva Motor Show. All four of the car’s wheels are partially covered, adding to the illusion that it is a hovering spaceship rather than a car. The Ferrari V12 engine allows the Modulo to reach a top speed of around 220mph and to get from 0-60mph in an impressive 3 seconds. 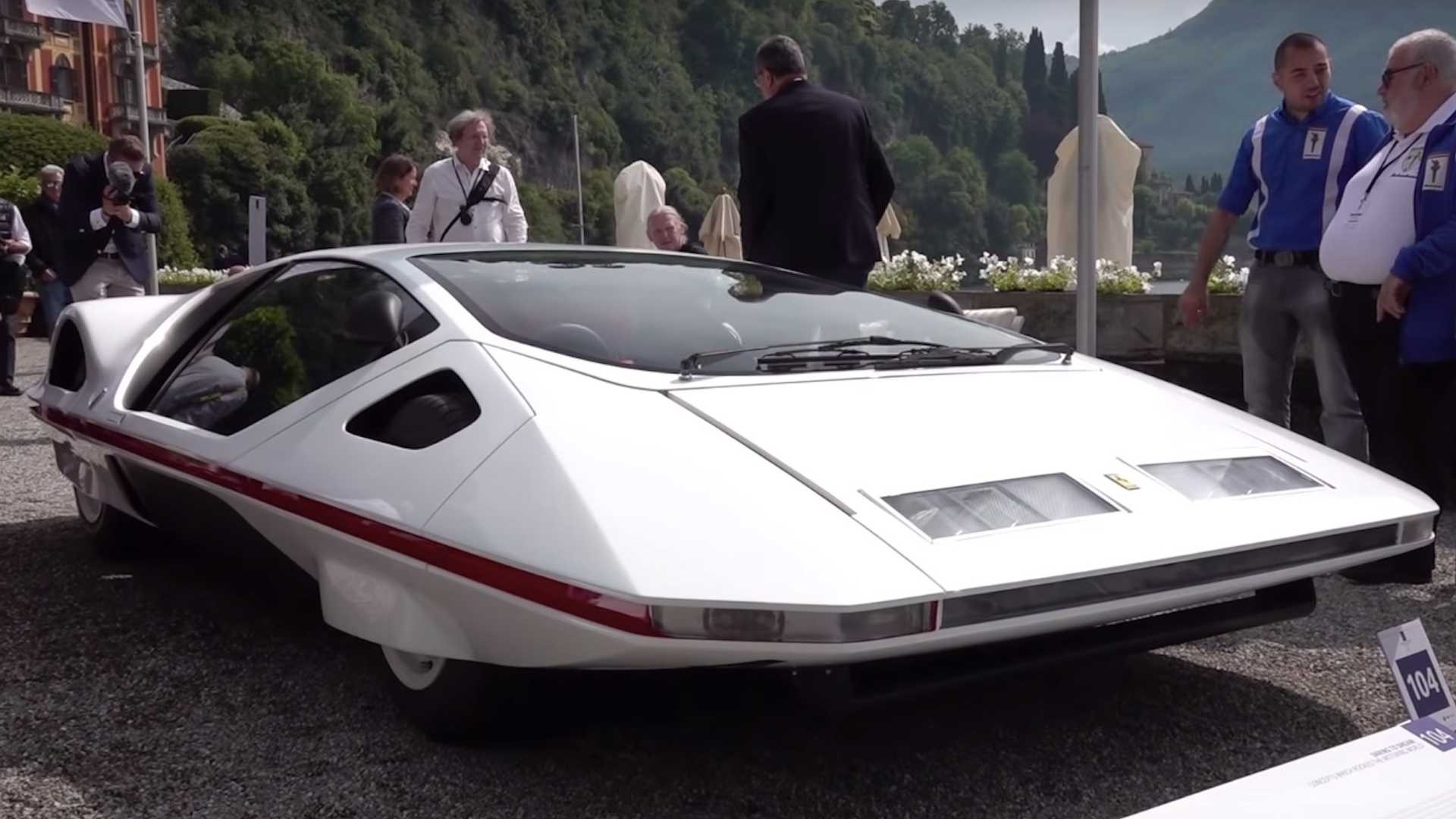 Inspired by fighter aircraft design, the General Motors Firebird cars were prototypes, unveiled in the 1953, 1956, and 1959 Motorama auto shows. They certainly need to win an award for their cool name, Firebirds, but these cars owe more to their design to jet planes than to birds. Sleek and streamlined, there were four Firebirds designed and built over the years. Some of their more unusual features were their bubble topped canopies, the tail fins and short wings, and the steering being controlled by a joystick positioned between the two seats. This was supposed to give the car a futuristic feel and simulate the experience of flying a plane. 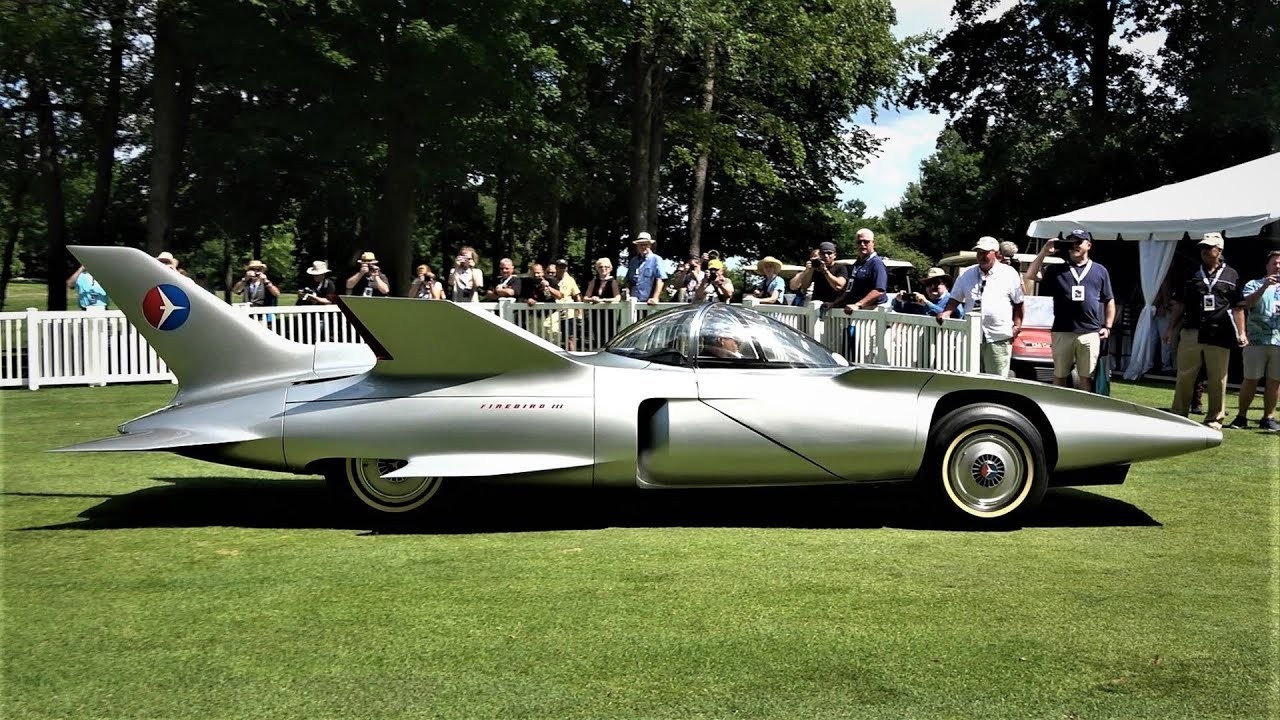 An iconic American car design, the Norman Timbs Special was designed, as its name suggests, by a Los Angeles based mechanical auto engineer called Norman Timbs. Norman was an influential engineer working with Tucker automobiles in the 1940s. The Norman Timbs Special took over 3 years to complete. This elegant, streamlined car has no doors and a long, swooping front nose, giving it a slimmed down design. There is an unfortunate ending to this car’s story. Having spent time in front of a Californian restaurant for children to play on, this strange looking car was sadly destroyed in the 2018 Malibu fires in California. 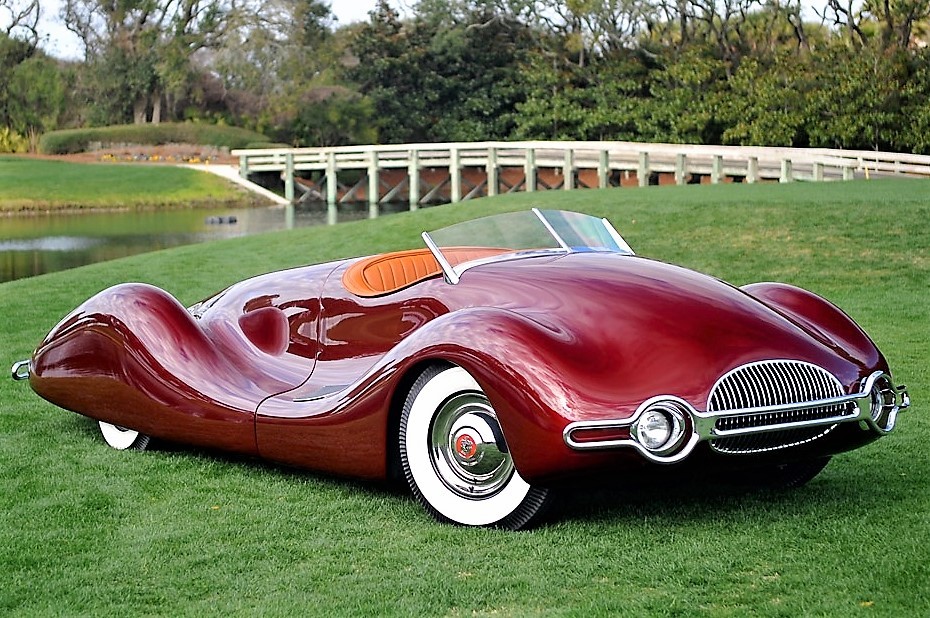 Famous for its appearance as a time machine in the Back to the Future films, the DMC DeLorean is indeed a real car. This sleek sports car was originally manufactured by the DeLorean Motor Company between 1981 and 1983. The car stood out from others on the market due to its gullwing doors, which opened upwards and outwards, instead of the same way as a normal car door. Whilst this feature looks cool, it would not be particularly practical when squeezing into a small space in a supermarket car park! Unfortunately, the car did not live up to its spectacular looks and steep price tag, with disappointment being felt over its lack of power and performance. Production was brought to a halt in early 1983. In 2007, there were thought to be about 6,500 DeLoreans still in existence. DeLoreans can reach a speed of up to 150mph, although who knows what might happen once they hit 88mph? One DeLorean owner, in 2016, actually got arrested for speeding whilst travelling at 88mph in his car! 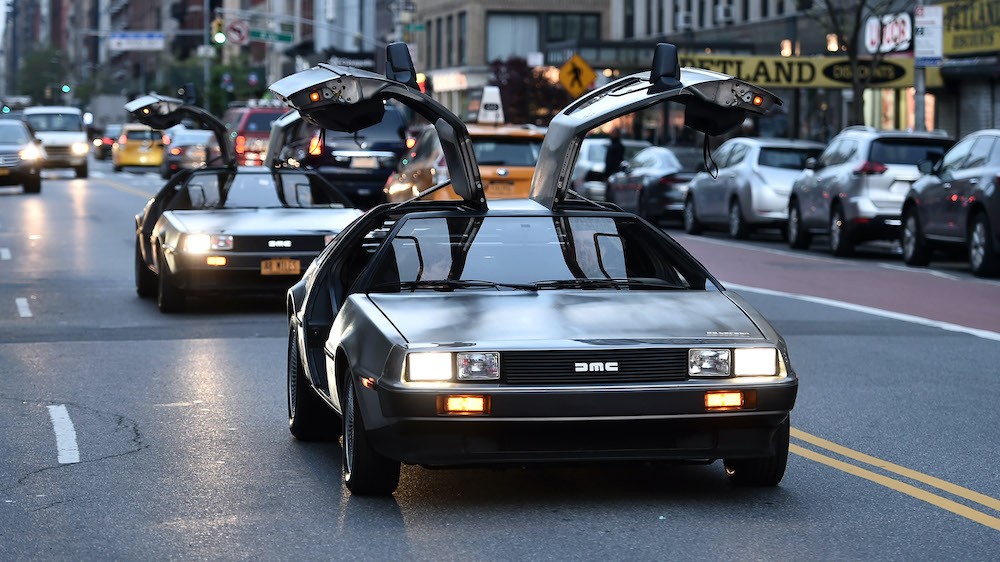 The Fiat Multipla (Type 186) is an unusual looking car that is relatively common on UK roads. The Multipla appears to have an unusually wide windscreen. Inside it has two rows of three seats, instead of the more usual format of having only two seats at the front. Inside the Multipla there is ample room for all the family, with the three abreast seating allowing for adjustment of the front seats and removal or relocation of the rear seats into a variety of formats. There is also plentiful space for luggage, making this an ideal vehicle for family trips. However, the aesthetics of the Multipla have not proved to be popular with drivers. The design of the Multipla has been displayed at the Museum of Modern Art in New York, during an exhibition entitled “Different roads – automobiles for the next century” in 1999. It has also won the Top Gear accolades of Car of the Year 2000 and Ugliest Car. Eighteen years later, the Multipla has still not endeared itself to drivers with its strange appearance, being named by the Sunday Times on a list of the ugliest cars in 2018. 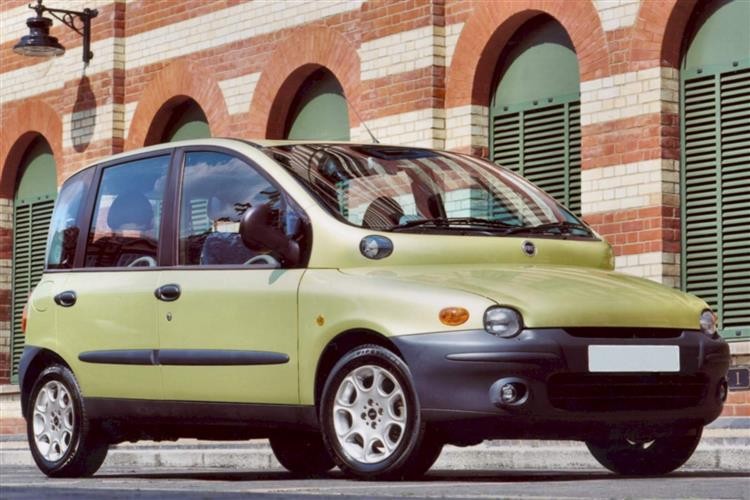 The Stour Scarab was the world’s first minivan. It was envisioned by its designer, William Bushnell Stout, as being an office on wheels. Produced in 1932, the Scarab had a short nose and a long wheelbase in order to maximise accessible space. The Scarab’s body was intended to closely emulate the design of an aluminium aircraft fuselage. It was the world’s first car with a fibreglass bodyshell and air suspension. At the time of its production, the Stout Scarab was considered to be an ugly car. However, it is now respected as an Art Deco icon. Only about a dozen of these odd vehicles were made and it is thought that there are only five surviving Scarabs today. 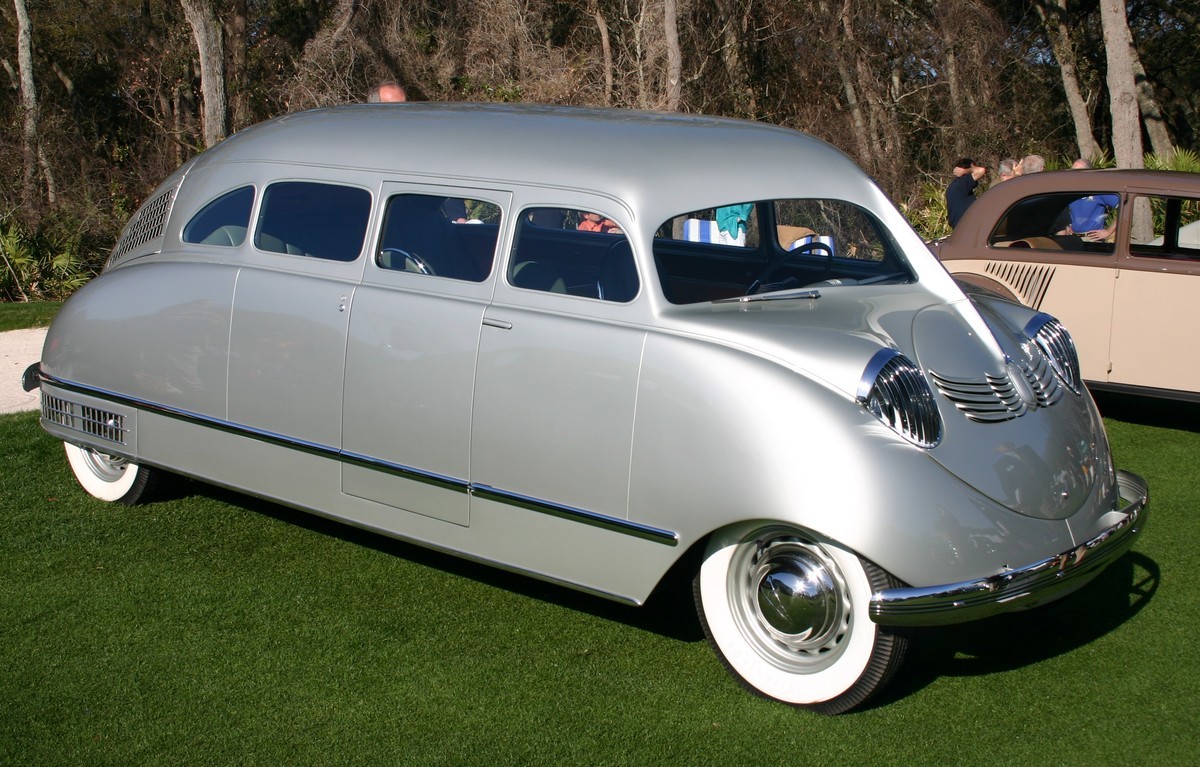 This strange car looks a little like it has feet rather than wheels. The 1948 Tasco was a post-World War 2 American sports car, designed by Gordon Buehrig. It featured airplane inspired controls and was the first car in the world to have a T-top roof. When GM used the same design on the 1968 Corvette, Buehrig sued them as he owned the patent for this. The name ‘Tasco’ stands for The American Sports Car Company. The strange looking wheel covers are supposed to provide protection for the wheels from the wind, reducing drag and increasing speed. The prototype Tasco had an eye watering cost, escalating to a huge $57,000. This meant that this vehicle never actually made it on to the production line in the end. 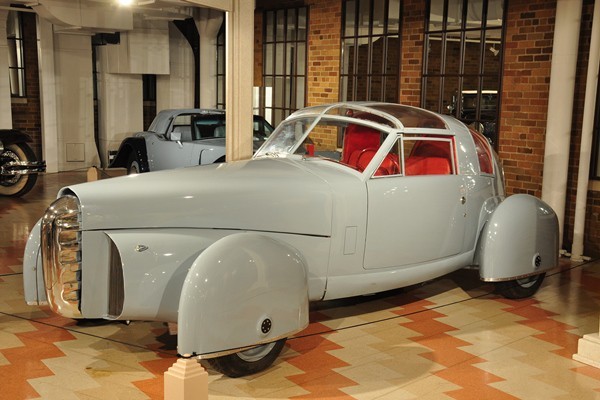 In the 1950s, Chrysler was trying to move away from their reputation for building boxy cars. In response to this, the designer of this vehicle seems to have gained inspiration from a wacky kind of spaceship. It was built at the request of Chrysler executive, Virgil Exner, and was intended to showcase extreme styling and ambitious performance. It debuted at the Salone di Torino in 1955, and later toured around Europe and the US. The car’s nickname ‘Gilda’ come from Rita Hayworth’s performance in the 1946 film noir classic Gilda. Huge tail fins begin at the front of the car, with its unusually small cockpit placed in a forward position. The body of the car has a two-tone paint scheme with a darker underbelly. 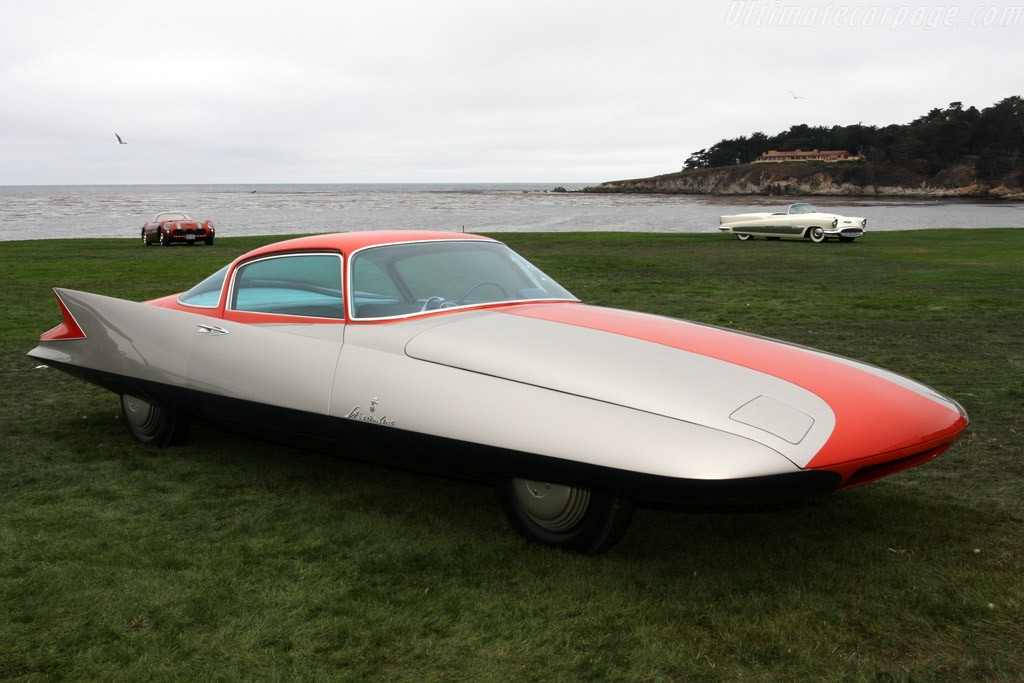 Most cars have four wheels. The Reliant Robin bucks this trend, having only three wheels, two at the back and one at the front. This car was the second most popular fibreglass car in history, and Reliant was the second biggest UK-owned car manufacturer for a period of time. The Reliant Motor Company in Tamworth, England, produced the Reliant Robin over a 30-year period, offering several different versions. First manufactured in 1973, the MK1 Robin was well received because of its good design and affordable price tag. In 2000, the final Reliant Robin was produced and was given away by The Sun newspaper in a Valentine’s Day competition in 2001. Reliant three-wheelers are often the butt of jokes in British culture and the Reliant Robin has even been affectionately nicknamed the ‘Plastic Pig’ because of its distinctive shape. The most famous Reliant vehicle is probably the iconic little yellow van used by Delboy Trotter in Only Fools and Horses. 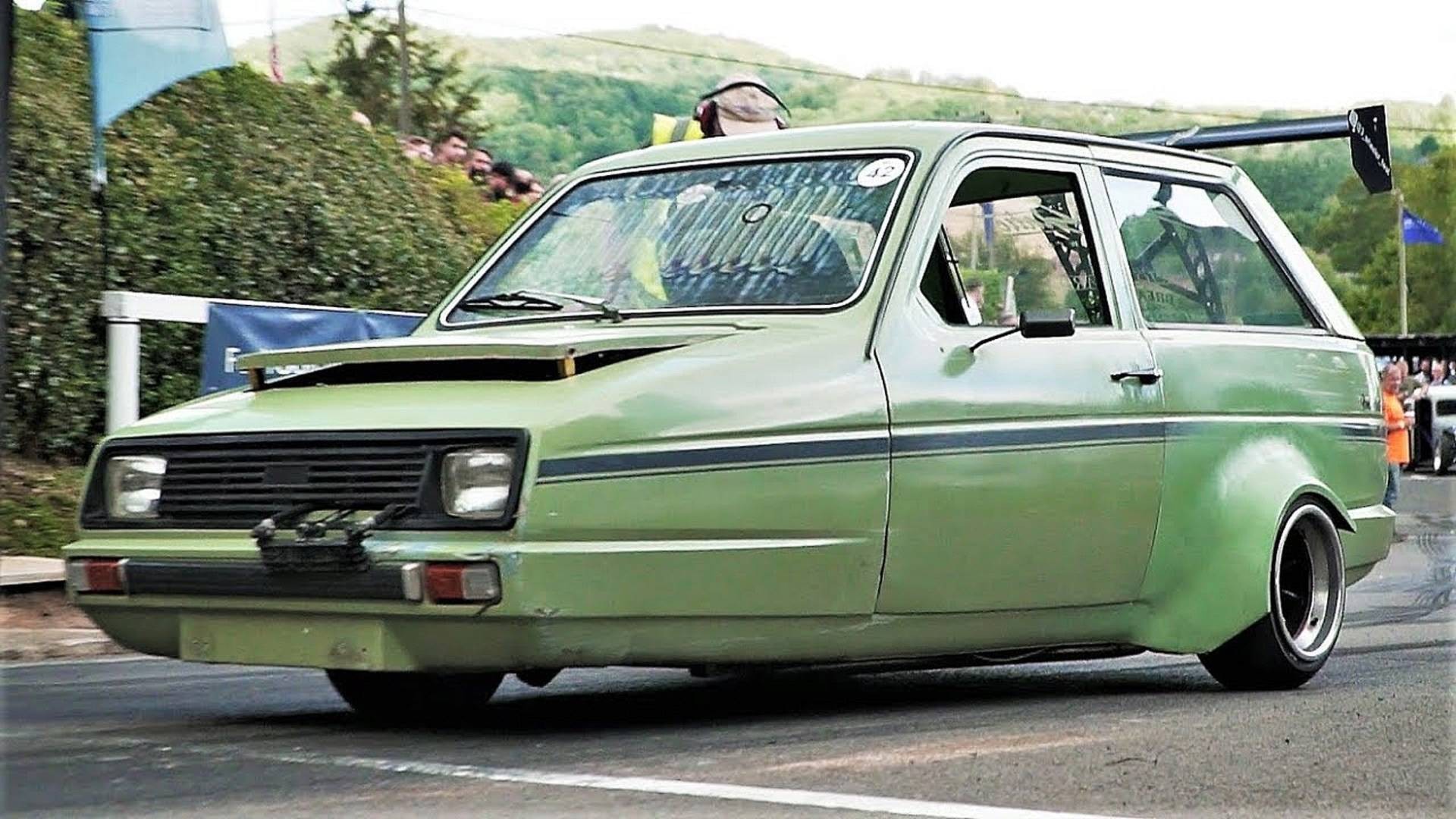