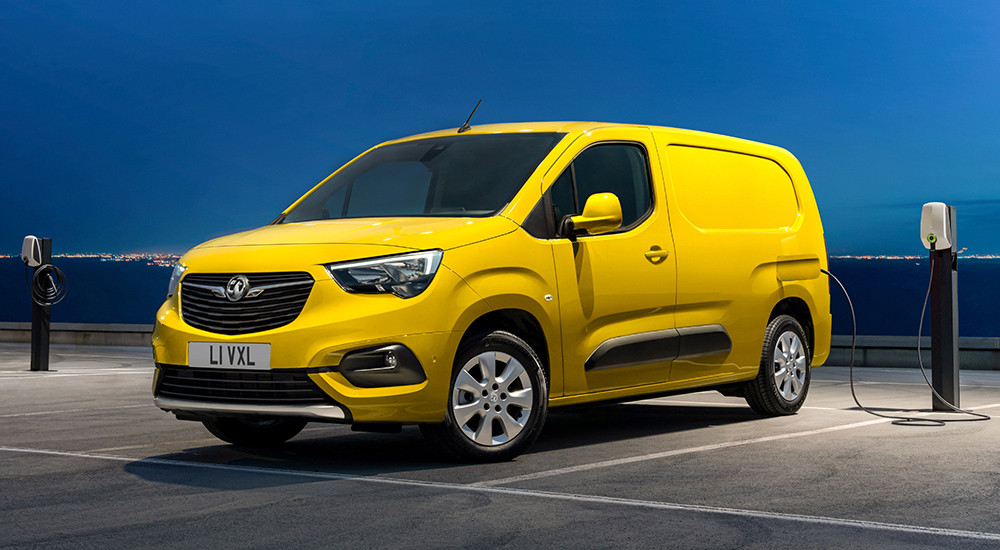 Vauxhall has launched the Combo-e, a fully-electric version of its Combo compact van. With a range of up to 171 miles on a charge, the electric LCV will also charge at up to 100 kW on ultra-rapid DC charge points.

As with, what has quickly become a large number of electric vehicles from Peugeot, Citroen, and Vauxhall, the Combo-e is powered by a 100 kW electric motor. Likewise, the 50 kWh battery is available with every EV on sale from what was the PSA Group, before its merger with Fiat Chrysler to become Stellantis.

The Vauxhall Combo-e is available in two lengths - L1H1 and L2H1, with a maximum payload of up to 800kg and a towing rating of up to 750kg. Crew variants can seat four as well as the driver, and there’s a hatch in the bulkhead to allow the carrying of longer items.

The Combo-e joins the Vivaro-e medium van in Vauxhall’s electric LCV offering, and these will in turn be joined by the Movano-e large van later this year to complete the line-up. The Combo-e arrives in showrooms this autumn.