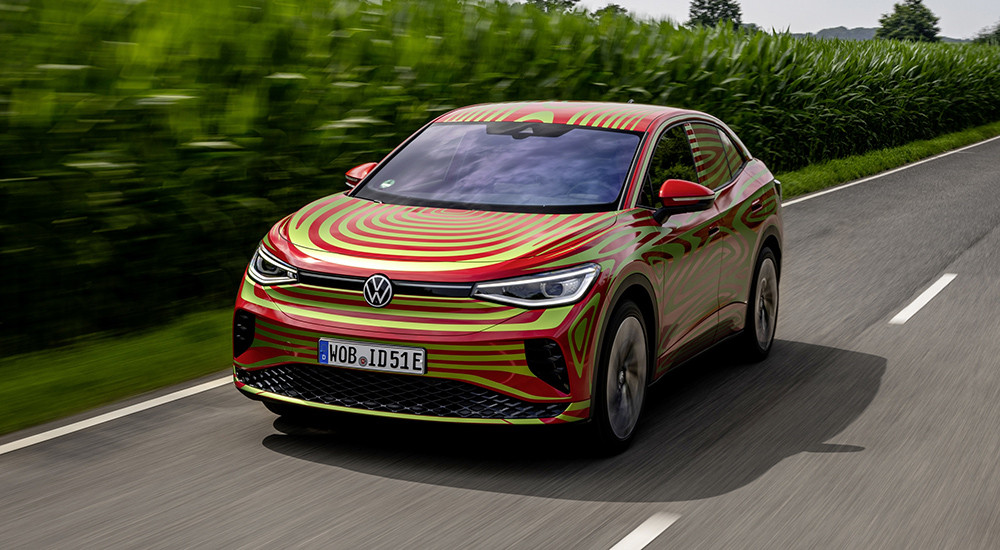 The Volkswagen ID.5 GTX is set to be unveiled at the IAA Munich Motor Show nest month, with the company's first all-electric coupe-SUV due to expand the electric-only ID. line-up.

Planned to be showcased from 7th September, the ID.5 shares many of its underpiniings with the ID.4 family-sized SUV. However, sleeker, more agressive styling has been used for the coupe profile, complementing the GTX performance model.

VW's GT range is famous, having kicked off with the Golf GTI, and the three-lettered suffix is legendary across the company's performance car line-up. Over the years, GTI has been joined by the GTD (diesel) and GTE (plug-in hybrid) stablemates, and now GTX for pure-electric performance.

Using twin electric motors - one on each axle - the ID.5 GTX is set to complete the 0-62mph sprint in a short timeframe - though precise specifications are yet to be revealed. An expected range of 309 miles from a charge is quoted, thanks to a 77 kWh battery.

Further details will be announced at launch, and closer to UK on sale date.