News, Views & Insights/ Motoring/ What is a driverless car?

What is a driverless car? 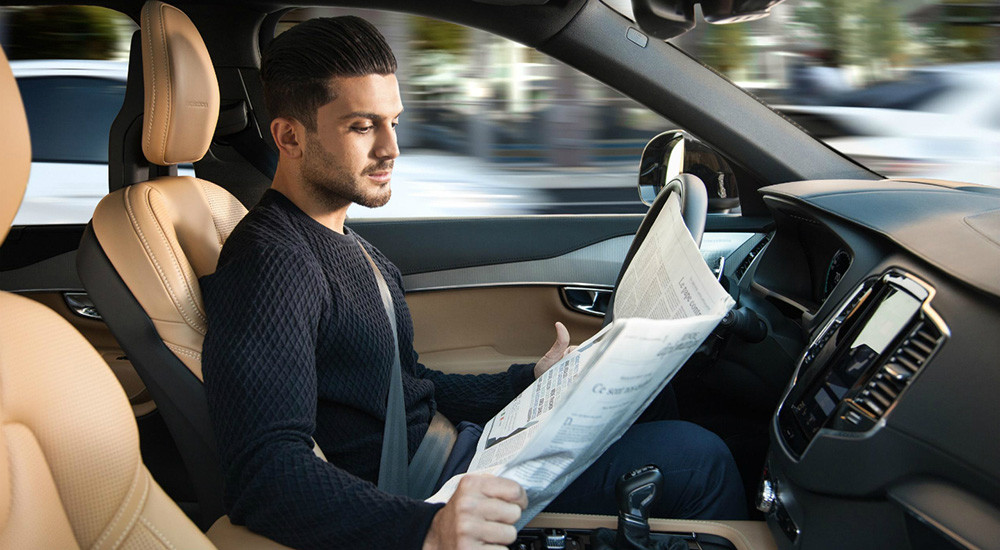 Thanks to changes in the UK’s Highway Code, driverless cars are being talked about more than ever. But what does a car need to have to be considered “driverless”? We look at the different levels of autonomous vehicle technology to explain all.

The Highway Code is set to introduce a series of changes from summer 2022 which will establish regulations to allow the introduction of autonomous vehicles on UK roads by the end of the year.

These updates will allow systems that can see the driver watch television for example, and hand over control of the car’s driving systems for certain periods of time. But with the technology technically capable of seeing a car drive itself, this almost science fiction future is being held by other factors. 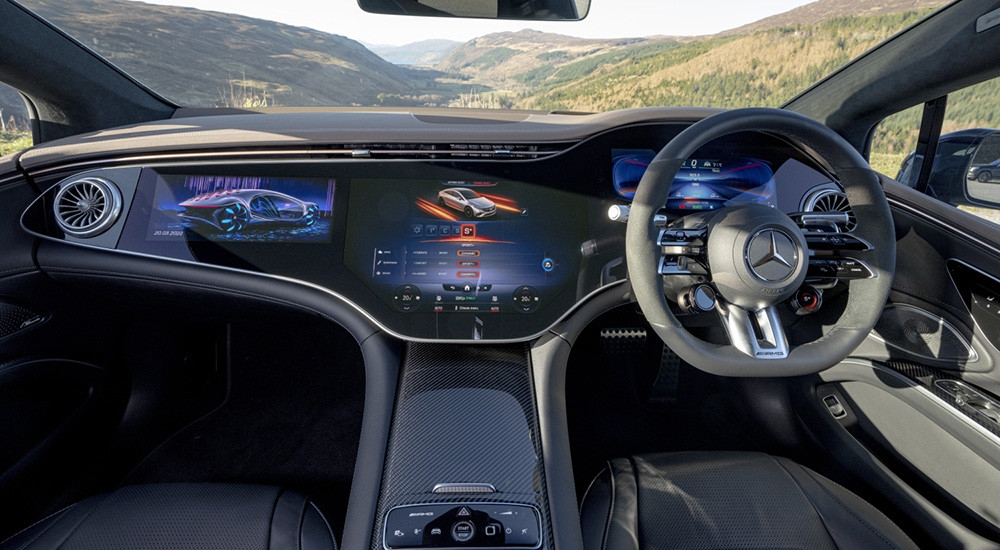 The Department for Transport (DfT) has included changes to the Highway Code that will see driverless technology permitted at speeds of up to 37mph without driver control.

Although 37mph does not sound like much, it means the technology is likely to be used in traffic jams or similar situations, when driving is dull and requires relatively little concentration.

The driver assistance systems found in a number of cars, especially premium models such as Volvo’s Pilot Assist, are essentially capable of performing this task already, but legally require the driver to remain in control, so test that the driver is holding the steering wheel regularly.

The car is able to accelerate, brake, come to a complete stop, start forward again, and keep the car within its lane when following other vehicles however, so the hardware is already fitted to perform the driverless tasks within reason. Changes ini legislation will see these systems improved further.

The most famous (and contentious) is Tesla’s Autopilot system, which makes greater use of cameras for control, and can perform all the above tasks too. It’s pitched as being autonomous ready, with only regulations limiting things. There have been a number of high profile crashes though, particularly in the United States, where drivers have relied on Autopilot as a self-driving system, even when the laws don’t allow this. 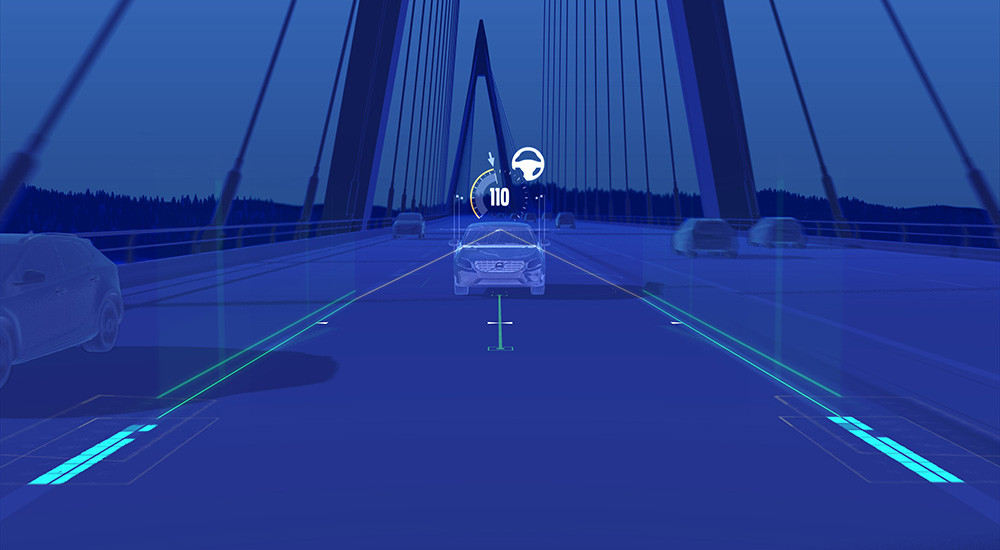 There are a number of clearly defined levels of automated driving, which aren’t accepted as law, but are a good definition as to how close or far away a vehicle is from full-self driving.  These range between Level 0 and Level 5:

Level 0 - No driving automation. Manual control only from the driver, though safety features such as autonomous emergency braking can be included under this heading.

Level 1 - Driver assistance. The lowest level of automation, the vehicle features a single system that is automated to assist the driver. This may include steering assistance of cruise control. Adaptive cruise control also features within this bracket since the driver monitors other aspects of driving such as steering and heavy braking.

Level 2 - Partial driving autonomy. The use of a combination of driver assistance systems, such as those that can combine the use of lane keep assist and adaptive cruise control. Because of the set-up and regulations, these qualify as assistance features, since the driver must keep control at all times.

Level 3 - Conditional driving automation. The key difference between Levels 2 and 3 is that the latter has the ability to detect environmental factors. By using cameras, radar, or lidar sensors, the vehicle can “see” what is going on around it, rather than relying on pre-configured settings or the navigation system. Human override is still required, but the vehicle has greater ability to drive itself.

Level 4 - High driving automation. Level 4 vehicles have the same foundations as Level 3, but have the technology to intervene if something goes wrong, or if there is a system failure. A driver is still required to be present to manually override if required, but for the majority of the time, the vehicle will be able to drive itself.

Level 5 - Full driving automation. This allows for full self-driving capability, where human intervention is not required. There won’t even be a need for steering wheels and pedals, though most early fully-self driving cars will likely have these fitted.

How likely is full self-driving automation? 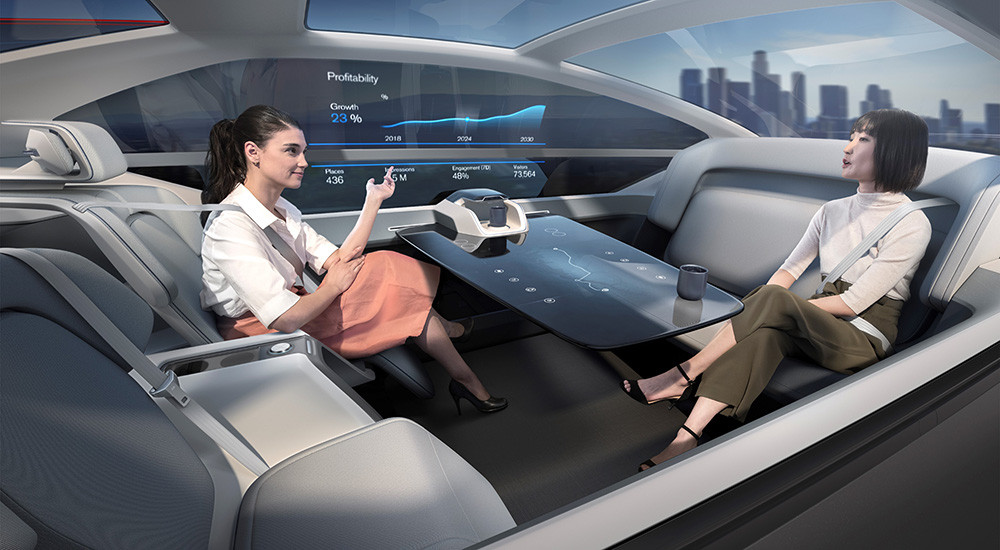 Although the technology is clearly available for cars to drive themselves, there are a number of factors that will inhibit their introduction.

Firstly, a required level of equipment to allow for fully autonomous driving is yet to be agreed. Can vehicles rely on radar, cameras, lidar, or all three? How much information can the car derive from navigation systems? These will need to be clearly defined before self-driving technology is rolled out on a large scale.

Before then is more likely to be the issue of vehicle and driver interactions. If every vehicle on the road was self driving, there wouldn’t be an issue. Programming could be standardised so that cars knew what to expect from other vehicles on the road, and the issue of sudden lane changes or braking wouldn’t be present.

Equally, increased use of vehicle-to-infrastructure and vehicle-to-vehicle connectivity would mean that cars knew what other vehicles on the road were doing, and could anticipate their actions. They would also be able to measure their pace for traffic light chances or in congestion to allow traffic to flow more freely.

The great unknown is other drivers though. A human controlling a vehicle can both put other cars at greater risk, and prove a safer way of controlling a vehicle. The unexpected is a greater hazard from another road user, but so to is the ability to respond and avoid an incident.

Finally, there is the issue of blame should a accident, injury, or even death happen. The recent changes to the Highway Code have determined that when in full autonomous mode, the “driver” of the vehicle is not classed as being in control, and should an incident occur, the insurance company would be responsible, rather than the owner of the car or the manufacturer.

But what happens if a driver instinctively tries to take control of the vehicle, potentially avoiding serious injury, but still part of an accident nonetheless? Systems would show that the driver was in control, even if they were trying to save a problem that the self driving car had created. Where do the limits come in, and how does the law determine things. There are a myriad different sociological rather than technical issues to self driving vehicles that it is likely to be many years before we see widespread introduction.

Instead, what is likely to happen initially is that autonomous cars will be segregated from other road traffic for use in significant numbers. By putting vehicles in a self driving lane or similar, with a barrier to prevent incursion from non-self driving models, autonomous cars could drive safely and communicate with each other on the motorway or key urban routes for example.