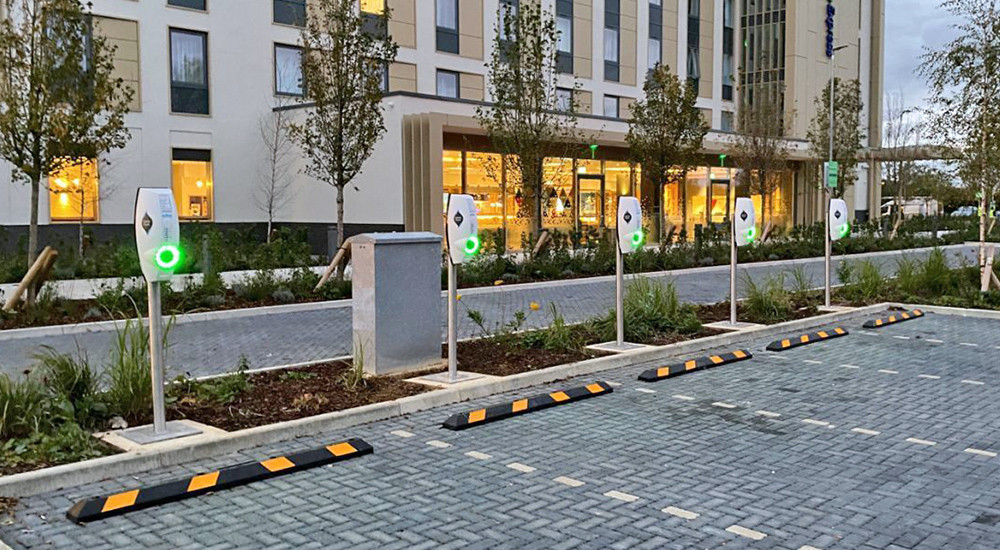 The UK Government has brought forward plans to ban the sale of new petrol and diesel cars to 2030, with a focus on electric vehicles (EV) clearly set to increase in the next ten years.

It’s news that is welcomed by YourParkingSpace.co.uk, with the announcement coming shortly after the launch of a new EV charging service.

From 2030, sales of new petrol, diesel, and hybrid cars will be banned in the UK, leaving only electric vehicles available for new car buyers. These will likely include plug-in hybrids (PHEVs), though only until 2035, and the extent to which models are allowed is not as yet confirmed.

Reference has been made to hybrid cars and vans that can drive ‘a significant distance with no carbon coming out of the tailpipe’. As such, only pure-electric and hydrogen fuel cell (FCEV) models will be available as new in the UK from 2035 onwards.

Other elements from the ten-point £12 billion ‘green industrial revolution plan’ announced by Boris Johnson include more than £2 billion investment in electric vehicle charging infrastructure - something that YourParkingSpace.co.uk is already engaging in.

YourParkingSpace.co.uk is excited about the rise of the electric vehicle market in the UK, with the sector one of the few success stories of a turbulent 2020 in the new car market. Demand is growing and sales records continue to be broken, as electric vehicles transition from niche to mainstream markets.

It’s a key reason behind the launch of one of the largest roll-outs of pre-bookable EV charge point systems ever seen in the UK. Working with Atlas Hotels, YourParkingSpace.co.uk will introduce 250 electric vehicle charge points, able to be pre-booked and paid for through the app.

Initially available through the GeniePoint network, YourParkingSpace.co.uk will soon offer a bespoke service to make parking and charging payments available in one space.

The launch comes after a successful installation and trial of five charge points at Holiday Inn Express Bicester, and will see the service rolled-out to several Atlas Hotels properties - as well as other establishments - throughout the coming 12 months.

Harrison Woods, YourParkingSpace.co.uk co-founder & CEO, said: “This is a great leap forward for the ever-increasing number of EV owners. Yourparkingspace.co.uk has ambitious plans to become a leader in the electric vehicle charging market, becoming a go-to destination for customers to find a charging point.”