Electric cars are recognised as being cleaner to drive than petrol or diesel models. They emit no emissions at the tailpipe, largely because EVs have no exhaust. And when charged with renewably-backed electricity, the “fuel” emissions are zero too. But what happens to the large battery when an electric car gets to the end of its useful life? We find out if electric car batteries can be recycled.

Increasingly - and correctly - vehicle emissions are being looked at to include the manufacturing emissions as well as fuel output. It means people can get a handle on how green their car actually is. Electric cars for example are much cleaner to drive, putting out zero fuel emissions each mile, especially when charged with renewable electricity. Even when charged from the National Grid, the UK average CO2 mix is still much cleaner than the emissions created when burning petrol or diesel.

But it’s also clear that electric cars “cost” more in emissions to manufacture than petrol or diesel models. Although most of the bodywork, chassis, and interior doesn’t really change from EV to non-EV, while an electric car saves emissions costs from the metal and oils used in a traditional car’s engine and gearbox, its battery does have a large chunk of emission costs linked to it. Materials and chemicals mean that, on leaving the production line, an electric car has created more emissions to produce than a petrol or diesel one.

The good news for EV drivers is that it’s possible to drive an electric car with practically no other emissions costs - even factoring in tyre and brake particles. So while it has an emissions debt when built, it then doesn’t really create much more throughout its life. The opposite s true of a petrol or diesel model, which will constantly create emissions whenever driven. The typical tipping point is at about 30-35,000 miles, when EVs become greener and remain that way. But how about at the end of a car’s life?

We have developed systems and building techniques over the years to recycle much of a car. Many materials can be reclaimed and recycled or reused. But the battery is a huge chunk of what makes up an electric car. How can that be recycled? 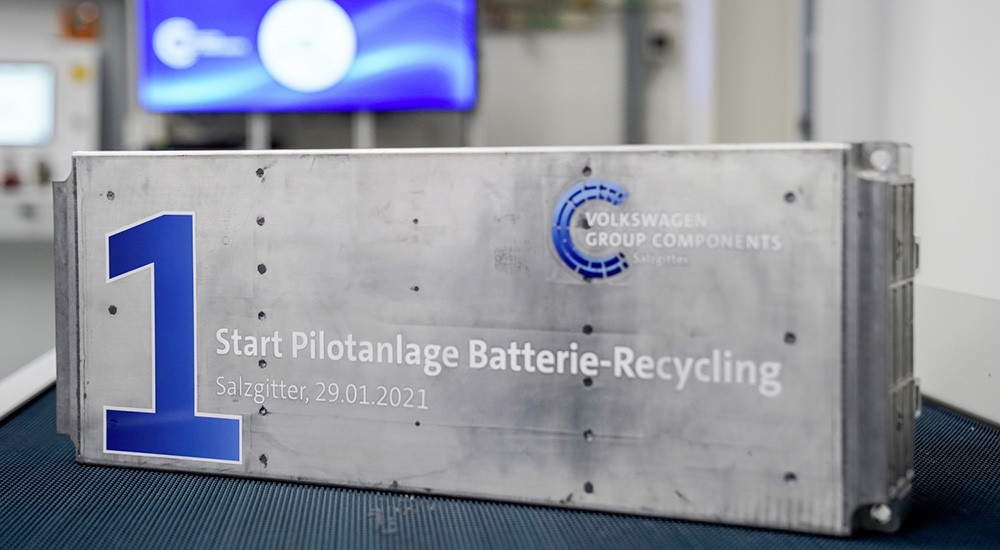 To recycle, an EV’s battery is like other rechargeable batteries, just on a much bigger scale. As such, where we can recycle AA batteries and similar, we can do the same with a car’s pack.

It will vary between different battery makers, but typically around 90-95% of an EV battery can be recycled, and that’s improving as cell design develops. The decreasing use of chemicals and rare-earth materials means they are not only cheaper and greener to build, but also easier and more cost effective to recycle.

Even if various elements from a battery may not be commercially successful to recycle currently, regulations are in place that mean at least 50% of a battery must be recycled. Since this includes wiring, cases, and plastics, it’s easy for this to be achieved.

There are various components that can be dangerous to access however, which is where cost implications come in. The cells and precious metals they contain must be dealt with properly before recycling anything else, otherwise they can become highly flammable. 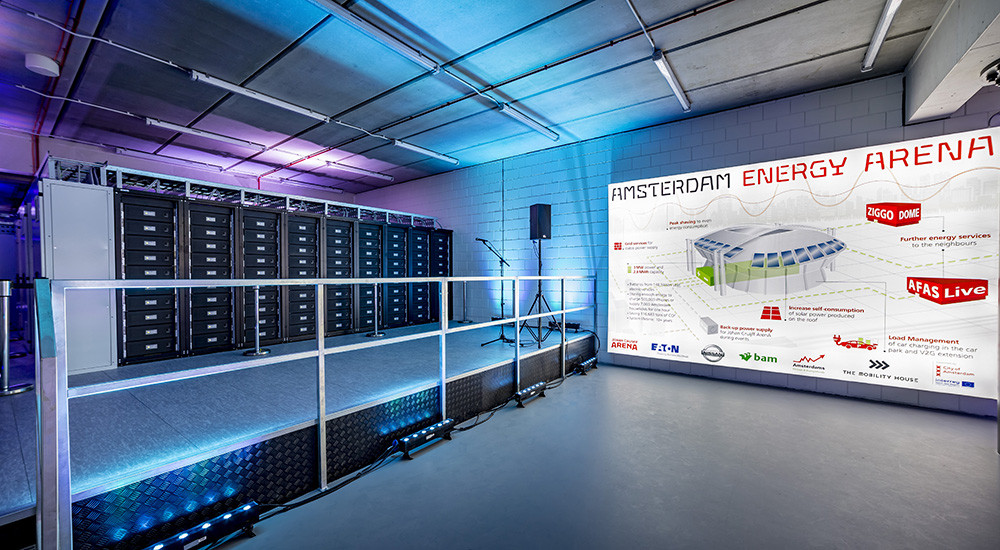 One significant benefit of electric vehicle batteries compared to other battery packs is that they are considerably larger than usual. It means that an EV’s battery is still useful, even after it’s no longer needed to power a car.

Most manufacturers back their batteries with at least an eight year / 100,000 mile warranty, which covers both faults and loss of capacity. Rechargeable batteries of any size lose charging capacity over repeat charging/discharging cycles. It’s why your mobile phone or laptop that is a few years old doesn’t last as long on a charge as when it was new.

EV batteries are the same, and manufacturers usually guarantee them to 75% of the original capacity within the warranty. But an EV that’s more than eight years old and has “only” 75% of its original range is still useful to drive, and will often still cover daily mileage needs without issue.

However, when the car is given up for useless, even an EV battery at half its original capacity is still a very large battery. So rather than recycle electric vehicle batteries, most companies will repurpose them.

Because of their large size, they are not handy for carrying about as personal energy storage devices, but they can be used domestically or commercially to store electricity for any number of use cases. This might include off-grid storage, where a number of packs are joined together to be delivered to a festival, event, remote farm or construction site for example to allow for electrical devices to be charged or powered from it. 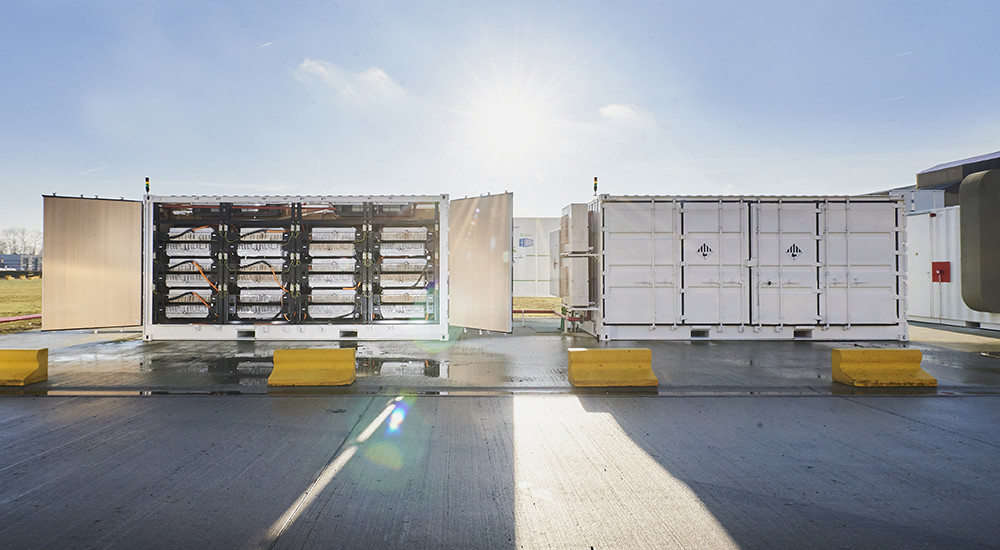 They can also be put in shipping containers or more permanent spots to act as a buffer for electricity needs, charging slowly but continuously from renewable sources or the grid, and allowing use in high-demand situations. They can be used at EV charging hubs for example, to support a use case where every high-power charge point is being used at the same time.

Equally, in general electricity use terms, energy storage is increasingly important as the UK switches increasingly to renewable sources. The wind, sun, tides, water levels etc all vary depending on the season and even time of day, which is the only real downside of a renewably-backed grid - the lack of reliability. The only benefit of a gas-powered grid is that it can supply can be increased or decreased to meet demand. So by having EV batteries as large energy storage banks helps make renewable electricity a more reliable source.

It’s not just large scale operations though either. Many homes are having energy storage systems fitted, which can often be second-life EV batteries. These can help with the use of home-generated electricity, like solar panels on the roof, or just being charged up overnight from the grid, off-peak, and then being used during the day for all the appliances in a home.

Some manufacturers are making the most of this added application for EV batteries, by in effect entering the energy market. The likes of Renault and VW have electrified small islands, using their electric cars, installing charge points, and adding energy storage solutions to sites. Volvo has committed to seeing all the materials in its cars recycled by 2040, and backed charge points and electric bike providers with batteries.

Nissan and Tesla both offer an off-the-shelf home energy storage system, with EV batteries included as well as other systems such as home energy generation and systems that can divide the current between various parts of the household as required.

By extending their useful life, it means that EV batteries are used at least two or three times in different operations before having to be recycled. And then, when the cells really have lost their charging capacity, they can be recycled. 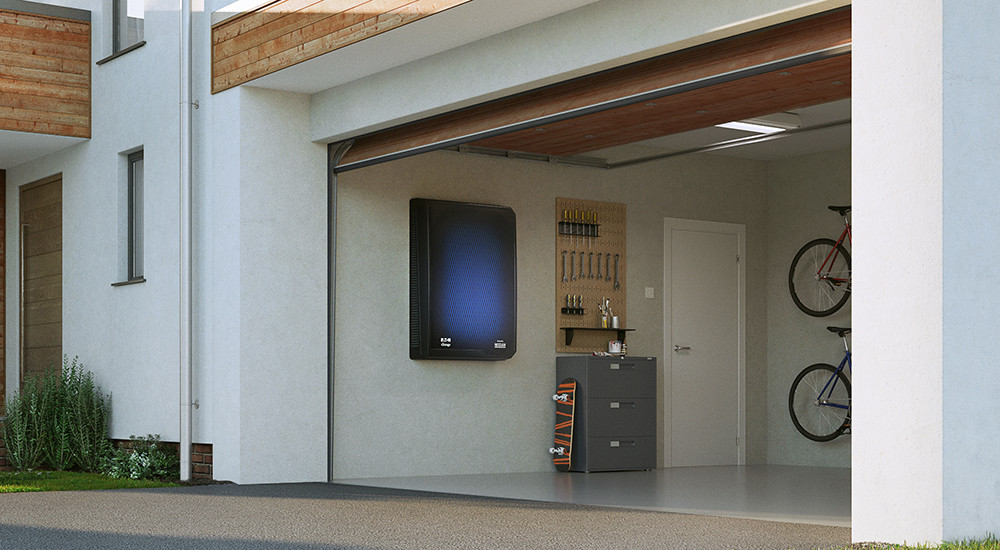