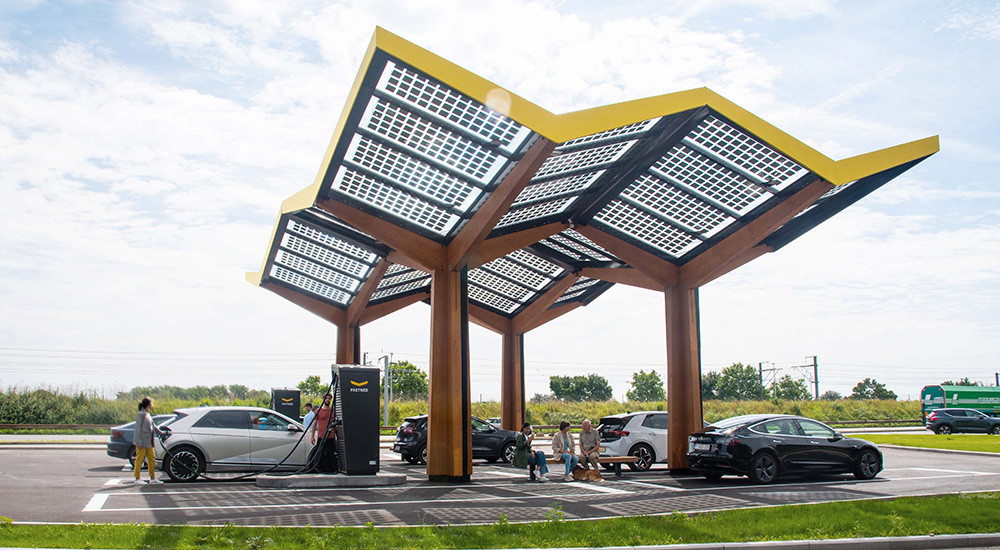 With climate change on everyone’s mind for Earth Day 2022, many will be thinking about ways they can reduce their impact on the environment. One great way to do just that is to switch to an electric car.

Many people are aware that electric cars can bring not only financial benefits, but environmental ones too. But in what way do electric cars reduce your carbon footprint? We outline the key points below.

The most significant way that cars contribute to climate change is the emissions produced from its exhaust. Pumping out Carbon Dioxide, Carbon Monoxide, Particulate Matter, and other pollutants, local air quality is greatly impacted, in particular where there are lots of vehicles such as urban areas.

Electric vehicles have no exhaust, for the simple reason there is nothing to expel out of a tailpipe. This immediately makes electric cars greener to drive, with the greatest improvements found in built up regions.

There are emissions associated with the vehicle’s manufacture, and small amounts of particulates from brakes and tyres, which all vehicles produce - even bicycles to a much smaller degree. But by removing the burning of fuel under a car’s bonnet, and therefore the need for an exhaust, a vehicle is immediately greener to drive.

One common issue with electric vehicles from those playing them down is that there are still emissions associated with driving the car, it’s just they are produced at the power station rather than the exhaust.

To a degree, this is true. However, power stations are located in out-of-town areas, which has a much greater benefit on local air pollution. On top of that, using electricity taken from the average UK electricity mix means driving an electric car is still significantly cleaner than burning petrol or diesel.

The CO2 emissions that can be traced from power station to electric vehicle are, on average, around 30% of those produced by a typical diesel car in Europe. Factor in that the UK is one of the better countries in the region for average renewable electricity mix - by no means a leader, but ahead of the average - and the 30% figure is a reliable quote that will rarely be exceeded.

Some electric vehicles can actually improve the UK’s average electricity mix, by helping balance the load. They can do this through Vehicle-to-Grid charging, which means that the user can draw power from the car’s battery for use in their home, workplace, or just to add into the general infrastructure.

The car’s battery essentially becomes a giant version of a portable battery pack, the kind many people have as an emergency back-up for their mobile phone or similar. By charging when demand is lowest - typically overnight when most drivers have plugged their car in anyway, or in the middle of the day when at work - it means that an EV can then support demand when it is highest, usually early in the morning and in the evening.

An electric motor is a far more efficient method of propulsion than an engine. A typical internal combustion engine operates at around 20% efficiency, which means that of the energy put into it in the form of fuel, around four fifths is lost in the combustion process and drivetrain to the wheels.

The Mercedes-AMG Formula 1 team claims to have one of the most efficient internal combustion engines ever produced, and is very proud of the fact that it has a rating greater than 50%.

In contrast, most electric motors have are around 90% efficient, meaning you can go far further on one unit of energy put into it than a petrol or diesel model.

Without having thousands of tiny explosions within it every minute, and lots of components required to convert that piston motion into drive, an electric motor is a much simpler and more efficient system. There will always be energy losses, but they are far less with electricity as the main fuel type.