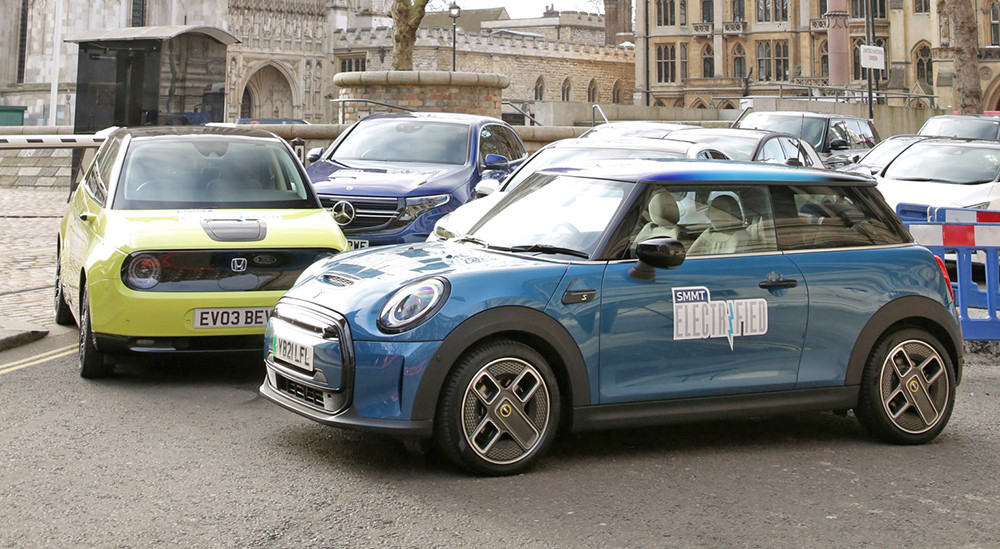 You’ve probably noticed how there are more electric cars on the road than ever - it’s getting tricky to avoid them really. But what’s behind this surge in new EVs? YPS looks at the key driving forces behind increasing numbers of electric models being sold.

For months now, sales of new electric vehicles have outgrown those of petrol, diesel, or hybrid models, and by a significant margin. There are now almost 345,000 pure-EVs on the road in the UK - plus almost the same number of plug-in hybrids - and with plans to halt the sale of new petrol and diesel models in the UK in less than a decade, it’s clear this trend is only going to continue.

There are a range of factors that are combining to give EVs a chance to grow. It must be remembered that the first mass-produced electric car - Nissan’s Leaf - only came along in 2011. Compare the automotive world between then and now, and the differences are huge, particularly after decades of change at a glacial pace.

We’re in an era for road vehicles the like of which hasn’t been seen since the invention of the car. It’s new, exciting, worrying for some, and will require significant changes to a great many systems, but environmental concerns in particular are helping drive the change to electric cars.

Climate change is top of the agenda currently thanks to COP26 taking place in Glasgow - and rightly so. Electric vehicles have the ability to make a significant change in reducing emissions output, and are being pushed by governments both at home and abroad as a key piece in the jigsaw.

It’s true that when an EV rolls off the production line, current manufacturing methods mean is has ‘cost’ more emissions than a petrol or diesel alternative. However, it is very easy to charge an EV on renewable energy alone, meaning that other than occasional tyre and even rarer brake changes, it’s possible to run one with effectively zero emissions thereafter - something not possible with internal combustion fuelled vehicles.

On top of that, local air quality is improved because of zero-tailpipe emissions, and the UK’s average electricity mix is made up of increasing amounts from renewable sources, making even ‘normal’ electricity from the grid greener and greener as time goes on.

As such, one major driver in boosting EV sales is government backing, with grants available for buying a new EV and charge point, tax incentives for both private and company car drivers, and further tax advantages for businesses adding up to create the impetus for some to make the switch to EV.

There are also elements such as clean air zones being applied to the UK’s towns and cities that will penalise drivers for not driving electric cars in coming years.

Combine in factors such as zero VED, ultra-low BIK rates at just 1% this financial year, and additional costs for polluting cars entering certain areas - the cost for non-compliant cars to enter the London Ultra Low Emission Zone is £12.50 per day - and incentives quickly add up.

As mentioned above, it’s only been ten years or so since the first proper EV arrived in the UK, and the market has developed at a rapid pace.

Electric vehicles almost sit halfway between conventional cars and technology in terms of development. A petrol model will typically spend eight to ten years on sale, with a refresh about halfway through that time seeing improved equipment, tweaked styling, and perhaps a new engine or two. Electric vehicles have a cycle closer to half that time.

The Leaf is a good example. It arrived in 2011, had a battery upgrade for added range in 2015, entered its second generation in only 2018, and had a further battery upgrade and more powerful motor fitted in 2019. Now in 2021, when a petrol or diesel model would still be fairly fresh out of the box in its next generation, the Leaf is one of the older cars in the EV market still available as new.

It’s not the only one either, with the BMW i3 having see three different batteries offered since it went on sale in 2013, the Renault Zoe is now in its second generation with three different batteries offered since 2012, and even the likes of MG’s ZS EV which was only launched in 2019 seeing a new much larger battery and styling change in the last month.

Changes can be rolled out quicker than internal combustion models, which means manufacturers can improve their offerings faster. Add in the fact that most EVs are now built on dedicated electric platforms now - rather than having to squeeze EV elements into an architecture built for an engine - and things are likely to continue in this vein.

It’s also allowed a huge number of new models to be launched in the past year or so, with more than 55 different models now available, spanning from city cars to luxury saloons. That figure doesn’t include the number of variants such as different battery or motor options fitted, which boosts that number further.

With greater numbers of EVs being manufactured, economies of scale com into play. Alongside greater choice for customers, prices come down, making things more attractive still for potential EV drivers.

The above has seen average driving ranges jump up from a real-world 100 miles about six years ago to around 200 miles for a typical family car - and there are plenty of models that can cover considerably more than that.

With larger batteries, EVs can now cover longer distances with comparable ease. There are options in most markets - superminis, family hatchbacks, executive models etc - that can comfortably cover more than 250 miles in real-world conditions. It’s not tricky to find models with more than 300 miles of range.

Of course, with larger batteries comes longer range, but also longer charging times. That’s the potential downfall, however manufacturers have countered that by bringing in faster recharging speeds for the high-power charge points used on longer trips.

With 100 kW DC almost the norm on new EVs now, and increasing numbers of charge points capable of providing that output or more, charging times are actually coming down rather than going up. The fastest charging models can add more than 180 miles of range in less than 20 minutes.

Charge points on the up

With more EVs on the road, the requirement for increased number of public charge points is a clear requirement. Thankfully, networks are on the case, and although these could always be rolled out in greater numbers and faster, the charging and vehicle markets are largely keeping pace. There are more than 27,000 public points installed across the UK.

There’s still a long way to go before we have charging hubs found as frequently as petrol stations, but things are moving in that direction, and it’s becoming easier for EV drivers without access to off-street parking at home to run an EV from the public network or by charging at work.

One oft cited benefit of EVs is lower running costs, something that is in stark contrast to recent fuel price increases that have added around 20-30% onto the cost of filling a tank since even six months ago.

EVs typically charged at home will cost around £10 for a significant charge of a 50 kWh model on a domestic tariff, but most EV drivers alter their electricity prices to fit charging needs. In fact there’s now a tariff available that, when used in conjunction with a smart meter and point, knows when you’re charging the car rather than using any other electricity.

And it will bill the owner just 5p per kWh at any time of day. This would bring the cost of charging that same car to less than £3, for a couple of hundred miles of range; you’d get less than two litres of fuel for the same price. With prices set to go up further still for petrol and diesel, and electric vehicles capable of being charged on low cost renewable eletricity, things are only going to continue in the same vein.