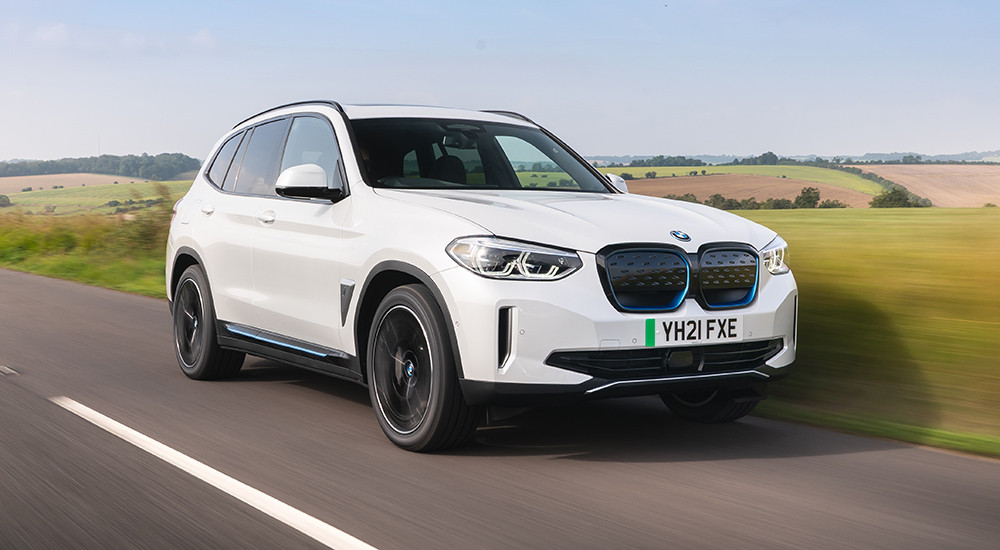 The UK’s electric vehicle market is growing quickly, but who are the runners and riders in this rapidly emerging market?

We’ve poured over the registration figures from the UK Government to pull out those key electric cars and vans - pure-electric, plug-in hybrid, and hydrogen fuel cell - to discover the best-selling models, makes, and manufacturing groups. All data is correct as of the end of Q1 2021 - the most up-to-date Department for Transport data currently available.

With a total of 77,055 electric models on UK roads to the end of March 2021, BMW is the leading EV manufacturer to date. It’s taken top spot through a combination of a wide selection of models on the market, plus entering the electric vehicle race early on with the likes of its i3 and i8 models.

Having then rapidly expanded its plug-in hybrid range to core models such as the 3 Series, 5 Series, X3, and X5, BMW’s electric dominance in the UK shows no signs of slowing down with new models such as the i4 and iX3 arriving in important sectors for the Munich brand.

Following BMW is Tesla, with 55,811 models in the UK. Considering the US-manufacturer only produces EVs - no engines are coming out of Tesla’s factories - there is little surprise that Tesla is the best-selling pure-EV manufacturer in the country.

Although initially established thanks to its popular Model S, it is the more-affordable Model 3 that has really launched Tesla into the mainstream. The Tesla Model 3 is already the best-selling pure-electric car in the UK, despite having gone on sale seven years after the previous best-seller - Nissan’s Leaf - arrived in the country.

Mitsubishi is third on the outright list, thanks predominately to its Outlander PHEV. The SUV has long been the best-selling plug-in car in the UK, and remains that way, despite the rapid rise of Tesla’s Model 3 to second place.

Nissan and Mercedes Benz round out the top five electric vehicle manufacturers in the UK, the former relying heavily on the Leaf for its position, whilst Mercedes has one of the largest ranges of plug-in models around.

As mentioned above, the Mitsubishi Outlander PHEV remains the best-selling electric vehicle in the UK, having held that position for more than seven years, now on 48,143 units on UK roads at the end of Q1 2021.

Although the first mass-market EV on sale in the UK, the Nissan Leaf has now fallen from top spot in the pure-EV stakes, overtaken by the hugely popular Tesla Model 3. The Tesla has only become the best-selling pure-EV and the second-highest selling electric car in the UK in the last quarter 2021, lagging behind the Leaf until the end of 2020.

BMW’s 3 Series PHEV is now a long established player in the electric vehicle market, proving a popular choice with company car drivers in particular. It leads the BMW i3 with 28,406 units to 20,371.

All three were early entrants into the EV space, but rival manufacturers are catching up fast. Forthcoming Alliance models such as the next generation Renault Megane and forthcoming Nissan Ariya - both pure-EVs - need to perform well to keep the group towards the head of the table.

Following the Alliance is the BMW Group, here made up of BMW and Mini. Considering BMW is the leading electric brand in the UK, there’s little surprise that the group performs well too, especially since Mini’s selection of plug-in models is small but successful, with the Electric hatch and Countryman PHEV crossover.

It is the VW Group that looks best set to upset the market, having grown quickly, and with a number of relatively recently launched models set to accelerate its growth further.

The likes of the VWs ID.3 and ID.4 are quickly picking up sales, and the Skoda Enyaq iV and Audi Q4 e-tron - which share a platform - are yet to appear on the DfT statistics; they will arrive in the data within next couple of quarters. Despite that, a broad range of models from VW, Skoda, Seat, Cupra, Audi, and Porsche, as well as Bentley, see plug-ins available from the city car class to luxury models.

If looking at pure-electric models, the tables shuffle about, and instead of being led by BMW, Tesla moves to the top of the tree. Its 55,811 models registered in the UK at the end of Q1 is a significant lead over second placed Nissan, which has no PHEVs on sale, and has 45,860 pure-EVs from the Leaf and e-NV200.

Renault sits in third place, with a small number of PHEVs making little dent (currently) to the total cumulative sales of 20,065. Volkswagen’s 13,847 and Jaguar’s 13,461 units complete the top five. It’s interesting that Jaguar’s position is very close to that of VW, but is made up entirely of I-Pace sales, whereas Volkswagen’s spot is a combination of e-Golf, e-up!, ID.3, and ID.4 units.

Tesla holds a significant lead, but not large enough that a concerted effort by a leading ‘conventional’ car maker couldn’t overhaul it within a year or so, and there are plenty of names in line for expansion. The likes of Volkswagen, Hyundai, Peugeot, Vauxhall, Fiat, and Kia look set to electrify the market going forward.