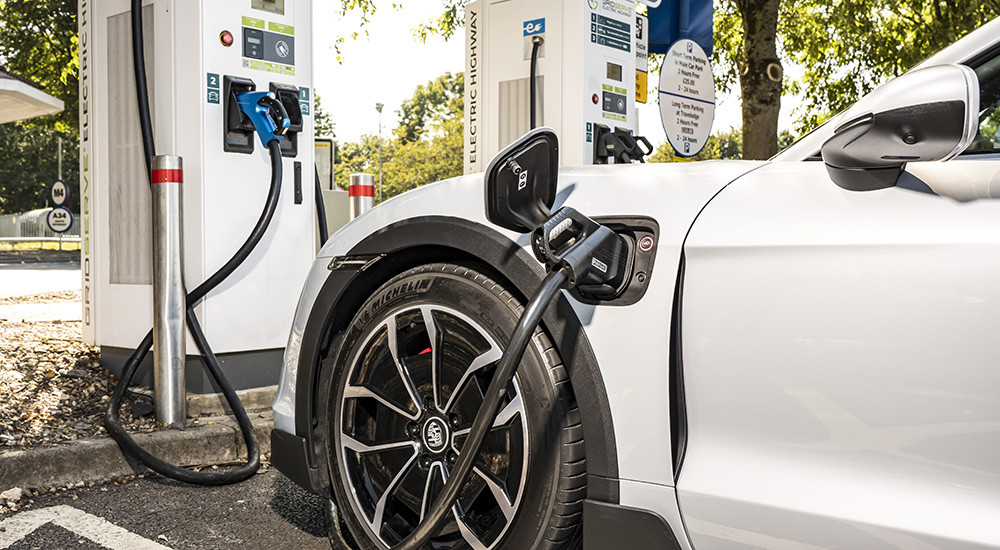 Electric vehicles are not all that different to conventional petrol or diesel models to drive, though there is plenty to learn about ‘refuelling’ them. New terms, practices, habits, and acronyms need to be learnt, which could prove bewildering for plenty looking at EVs, and potentially put them off. We walk you through this new sub-set of automotive language to clear up any confusion.

Much of the EV world revolves around a core metric - kilowatts (kW). This is used to measure both the power output of the electric motor(s), plus the power - and therefore speed - of EV charge points.

It is also part of the measurement of an EV’s battery capacity, measured in kilowatt hours (kWh). Even to an expert, it’s clear that this could be confusing to a layperson coming in to the market.

Let’s deal with kWh first. Instead of having a fuel tank, an electric vehicle has a large battery to provide power to the electric motor. Broadly speaking, the larger the battery, the further the vehicle will travel on a single charge.

There are other factors to consider such as motor efficiency, aerodynamics, weather, and vehicle weight (and a battery is a considerably load), but to keep things simple, an EV with a 40 kWh battery can travel about half the distance on a single charge than one with an 80 kWh battery - just as a car with a 40 litre fuel tank will travel half the distance on a full tank than one with an 80 litre tank.

It will also take twice as long to charge an 80 kWh battery compared to a 40 kWh pack when on an identical charge point - again with various factors to consider, but it’s accurate as a broad comparison.

Increasingly now, EVs have a choice of powertrain choices, just as conventional models do. Whereas before you might have picked between petrol and diesel, and then have a choice of engine sizes/outputs, buyers can now chose a battery size and motor output.

Manufacturers are increasingly providing kW ratings for engines as well, to make comparison across fuel groups easier, and in the other direction frequently provide horsepower figures for electric vehicles. As a measure of power output, both are valid, but kW is more commonly used in EVs.

Things can get slightly confusing at first glance with there use of kW in EV charging as well as EV motors. It’s all about context however, and things rarely prove tricky to understand in reality, as long as a few nuggets of information are known.

EV charge points have outputs described as the maximum amount of power in kW able to be delivered in the space of an hour. Therefore, a 7 kW charge point is theoretically capable of providing 7 kW of charge to an EV’s battery in 60 minutes.

As with most things automotive, there are variances and factors to be taken into account, but for quick mental maths, the process works well. Therefore, using the VW ID.3 77 kWh model above as an example, it would take around 11 hours for a full charge of its battery on a 7 kWh charger - 77 (kWh) / 7 (kW) = 11. 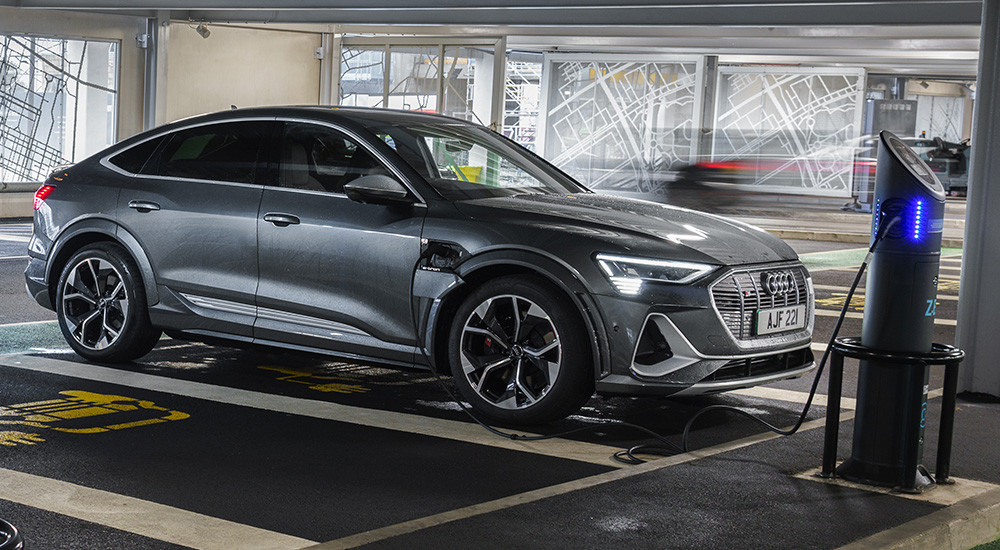 AC (alternating current) charging is most commonly used by EV drivers, as it’s cheapest to install, easy to set-up at home or the office, and commonly found at public car parks. Charging times are longer because the power outputs are less than high-power chargers, but installation costs are significantly lower - and this is reflected in public charging costs.

DC (direct current) charging is less commonly used by EV drivers, but it is essential to enable long distance travel in particular. Charging times are reduced from hours to minutes, with most EVs able to be get a significant charge within 30-45 minutes - and some much faster.

Much depends on the specifications of both the electric vehicle and EV charger, but basic maths comes into play once again. Sticking to the VW ID.3 77 kWh, with DC charging capabilities of 125 kW, when plugged into a DC EV charge point with that power or more, it will charge more than twice as fast as when plugged in to a 50 kW unit.

Significant hardware and installation costs mean that these charge points are not as commonly installed, but they do recharge EVs far quicker than plugging in at home or work for example. Charging costs are higher as a result of this, but drivers tend to use DC charging for top-ups en route, rather than rely on the units for daily charging.

There are different charging standards fitted to EVs, with most falling within two key set-ups in the UK and Europe.

The European standard is CCS - Combined Charging System - which uses a single plug socket on the vehicle to accept both AC and DC charging. The top half of the socket deals with Type 2 AC charging, while an additional section attached below allows for high-power DC charging.

The other commonly found standard - though being phased out of new cars - is the Japanese CHAdeMO. This is used for DC charging only, with an additional socket alongside it for AC charging. Initially, with models such as the Nissan Leaf, this was Type 1, where as this is now almost exclusively Type 2 for all new pure-EVs and PHEVs in the UK - and has been for some years now.

The key thing to remember is that it rarely matters what charging type your EV has - certainly not for AC charging. Both Type 1 and Type 2 can charge at similar speeds, and the driver will have a cable that attaches to both their car and public charge points - one with a plug on both ends - so compatibility is no issue.

The majority of public AC chargers are untethered Type 2, which means drivers will usually have a cable with a plug that fits a Type 2 charge point at one end, and the other will have a connector that fits their vehicle.

For DC charging, the cables are tethered to the unit. This is because much higher power ratings are seen, requiring thicker, heavier cables, so it makes sense to leave them attached to the charger.

Most DC chargers will have two or three cables attached, accommodating the various high-power charging systems available.. Drivers simply pick the plug that fits their car.

Because few things in life are simple, EC charging isn’t either - which is where charging curves come in. It would be easy if you plugged a car in and the charge point delivered a fixed, regular supply of power to charge the car - but that’s not how things work.

This is found on all charging types and speeds, with power tailing off the closer a car gets to 100%. It’s most noticeable on the highest-power points delivering the most power however, which is why most DC charging times are quoted to 80%. Anything after this will see the charge point and car throttle back on power, so that the battery is charged correctly.

Moving away from charging using plugs, EVs can also charge themselves to a degree. PHEVs can often use excess power from the engine to actively charge the car’s battery, using it as an on-board generator. Pure-EVs don’t have this option, but both types of EV will feature brake energy recuperation, commonly referred to as brake regen (regeneration).

When slowing a vehicle down, friction braking has been used since before cars were invented. It works well and reliably, but is very wasteful in terms of energy.

What EVs are able to do is invert the electric motor when slowing down, to put electrical charge into the battery rather than taking it out. This not only provides braking force, similar to that found with engine braking, it also adds a few valuable miles to the range.

This can usually be used when lifting off the throttle, as well as when applying the brakes. Most EVs will use brake regen instead of friction braking as long as possible, switching between or combining the two depending on how hard you push the pedal. EVs can also pick-up extra charge when heading downhill, and it proves an efficient way to slow a vehicle down. 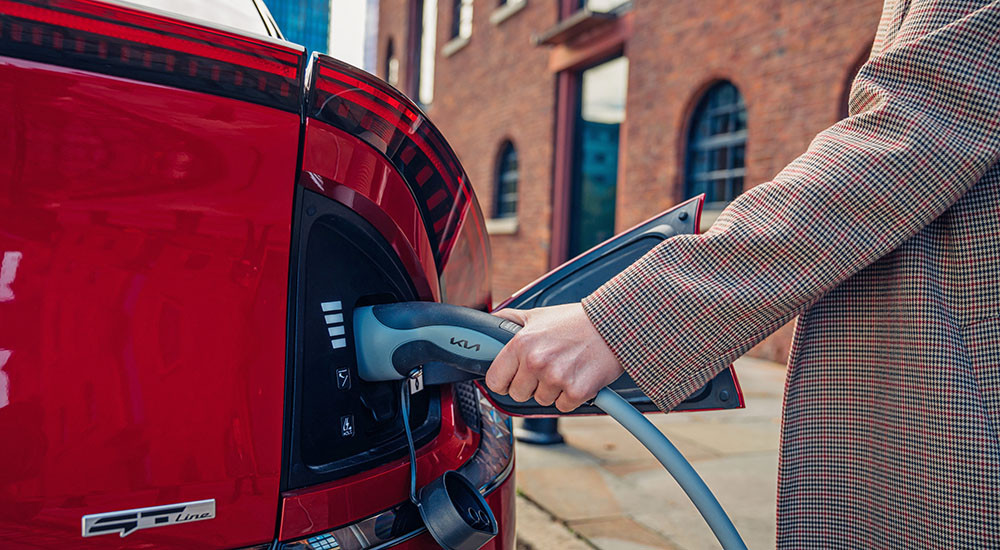 Public charge points work in a similar way to a home unit, with the driver plugging their car in to charge the battery. However, most public points need some sort of access requirement to start the process, often to arrange payment for the energy used.

Paid-for charging is typically calculated at a price per unit of energy used, just as with domestic electricity bills. In this case, it’s usually pence/kW. If you add 20 kW to your car’s battery, at a rate of 20p/kW, you will be billed £4.00.

These access requirements are where terminology comes in to a degree. Most rapid charge points now accept contactless debit or credit cards, with a tap in-tap out system to start and stop the charge, and payment taken from the card’s linked account.

RFID cards are radio frequency identification cards, tokens, or fobs that work in a similar manner, with the driver holding the card to a set point of the charger to activate the charging process. The reverse process stops the charge, and billing is organised via a registered account.

Smartphone apps are also commonly used, wither with a fully developed application, or a web app that can be searched for or found by scanning a QR code. Most of these allow for a registered account to be set-up, but since all public charge points must be available by law on an ad hoc basis, these also allow guest log-ins, and bank card details added as you would when shopping online.

Drivers tend to be familiar with a vehicle’s fuel efficiency, typically measured in miles per gallon in the UK (mpg) and litres per 100km (l/100km) in Europe. The driving range of a petrol or diesel car isn’t usually quoted, but instead worked out or discovered by the driver’s experience. It is only the previous relatively short driving distances on a single charge that brought about the focus on EV range.

As such, range is still a core defining factor for EVs, but increasingly efficiency is coming back to being quoted. There can be no miles per gallon in a pure-EV, since there are no gallons or even litres of fuel stored on-board. Instead, kWh is used, in a variety of ways.

Many UK-spec cars will display a miles per kWh figure (miles/kWh) on the driver’s instruments, allowing for mental maths on the move. If you know your car has a 50 kWh battery and is covering 4 miles/kWh, your theoretical range is 200 miles on a charge.

Other metrics include kWh per 100km or 100 miles, which is trickier to work out on the move but more easily comparable to European fuel efficiency ratings. Some EV drivers dispense with the economy figures altogether and work on a miles per percentage of charge used basis.

If you’ve covered 50 miles and used 20% of your battery, the range should be around 250 miles on a charge, and works out at 2.5 miles per percent. It means that even if your car is showing 5% - enough to get most new EV drivers twitchy about charging, you can still bank on 10 miles or range, plus a few in hand, to get to a charge point.

Although there are plenty of new terms to read about and digest, the reality is that most are directly comparable with familiar petrol/diesel phrases, and when you have your own EV, things become more focused still.

With EV driving ranges continually rising, and increasing numbers of EV charge points installed in the UK, the future is only going to get easier for electric vehicle drivers.