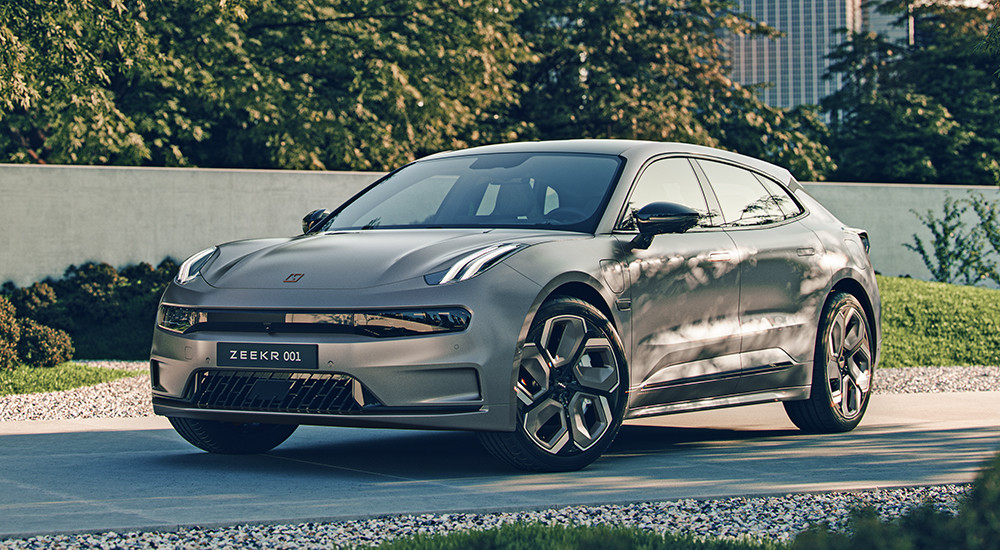 The first Zeekr 001 pure-electric crossovers have started rolling off the production line in Ningbo, China. For anyone that thinks the car may look a little familiar, it’s because it is effectively a rebadged Lynk&Co, based on the Zero concept - another brand yet to make it to the UK.

Both are coming however, with parent firm Geely not only an expert in electric vehicles, but also - unlike a number of other Chinese automotive manufacturers - here in Europe with a strong presence already. Don’t reckon so? Well, Geely owns Volvo, and subsequently Polestar. It’s just that the Chinese giant largely lets the Swedish arm of its manufacturing business to its own devices, but allows for shared development and parts to reduce costs.

Part-estate, part-shooting brake, part-coupe, part-SUV, this most crossover of crossovers is based on Geely’s Sustainable Electric Architecture (SEA). As such, it gets 400 kW from twin electric motors, powered by a 100 kWh battery. The 0-62mph time is just 3.8 seconds, whilst the range on a single charge is 435 miles. High-power charging will take half an hour to get from 10-80%.

First deliveries are expected in its home nation by the end of the month, and the Zeekr 001 will expand into other territories next year.