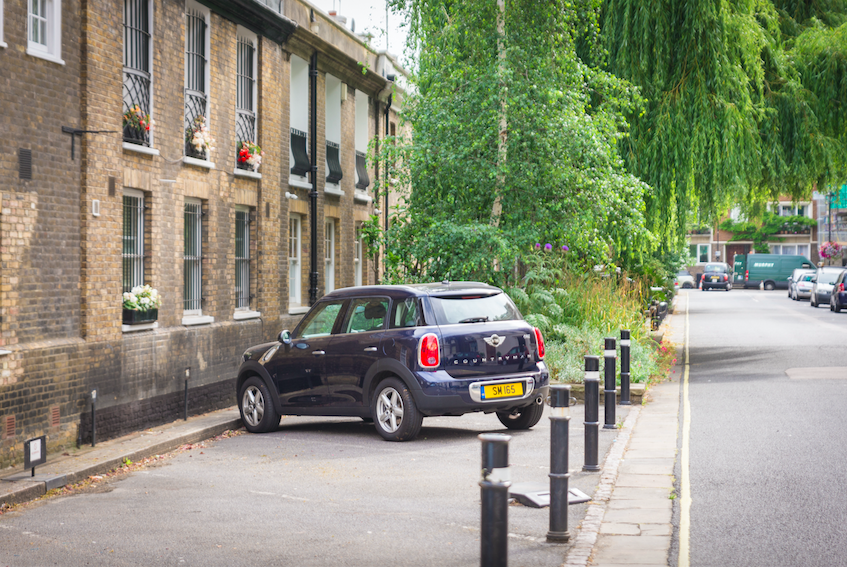 Homeowners in all of London’s 32 boroughs made an average of more than £1,000 per year from renting their empty driveway. It wouldn’t come as a surprise to learn that driveways in our Capital netted the most money in the UK earning their owners on average £2,303 per year.

The highest grossing residents that lease out their parking spaces are located in Kensington and Chelsea, boasting an average rental income from their parking assets to the value £3,367 per year through listing on the YourParkingSpace.co.uk marketplace.

The second most successful earners are the locals in Camden. A thriving town where empty driveways are bringing in an average of £3,147 per year for their owners. Completing the top five is Westminster with £2,751, Hammersmith and Fulham with £2,672 and Islington with £2,578.

The bustling City of London is understandably the highest earning city in the UK. However, don’t let the obvious need for parking in the congested area mislead you on the earning potential of cities and towns outside of the centre of the capital.

Driveways away from London are also earning significant sums for their owners and are not to be underestimated when it comes to earning potential. With a constant need for parking spaces at competitive prices, even the town at the very bottom of the leaderboard, Hovering, still earned its residents £1,184 per year on average just by renting out an empty driveway. 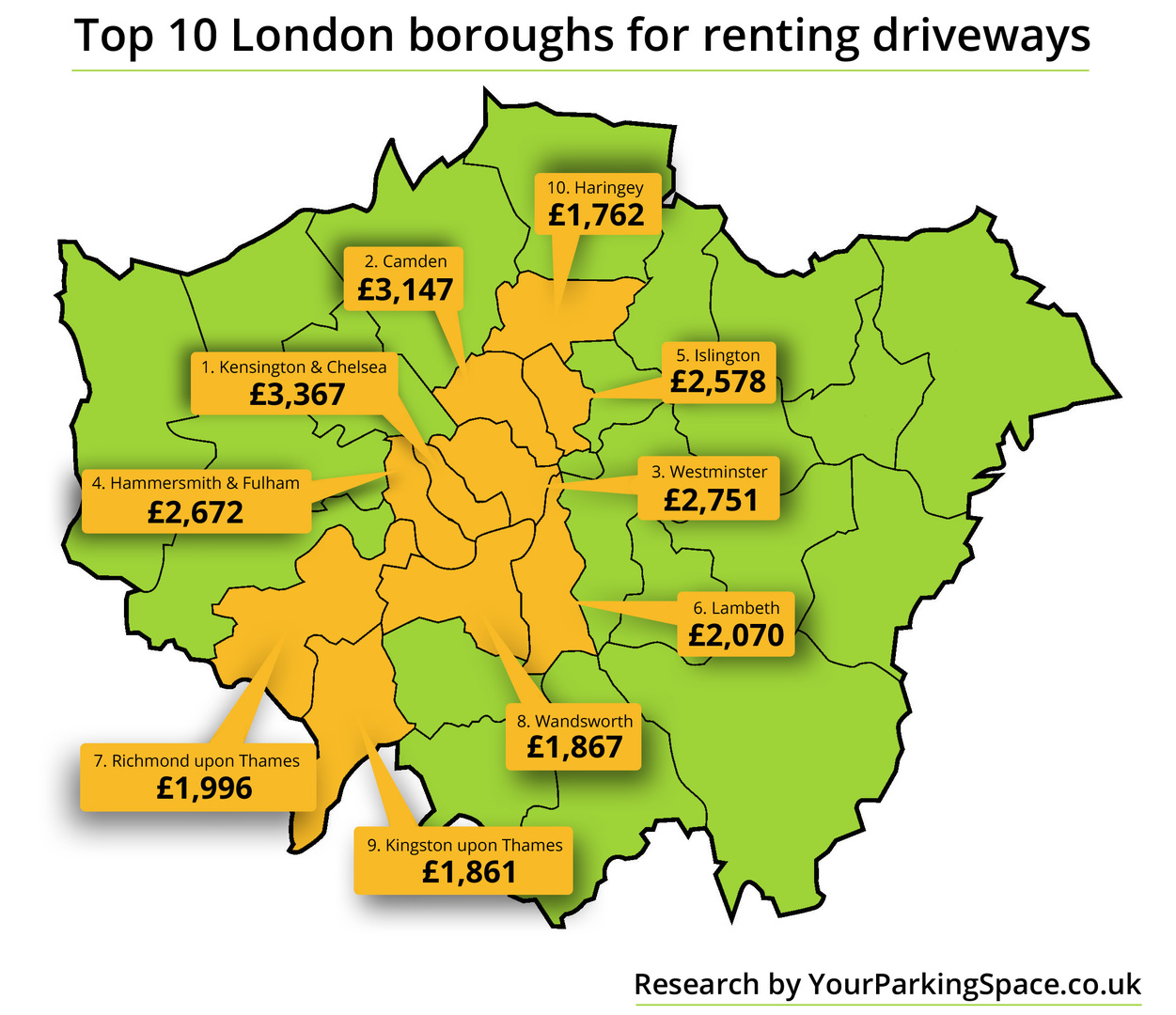 Harrison Woods, managing director of YourParkingSpace.co.uk, said, “These results demonstrate that there are potentially very lucrative money earning opportunities across London from renting a driveway, garage or secure parking space.

“Meanwhile, an increasing number of businesses with spare parking capacity are also registering on YourParkingSpace.co.uk.” A rise in commercial parking space owners and operators has seen the YourParkingSpace.co.uk platform extend our parking options beyond private driveways and contribute to the generation of additional revenue for local businesses.

(League Table for all 32 London Boroughs is available on request)