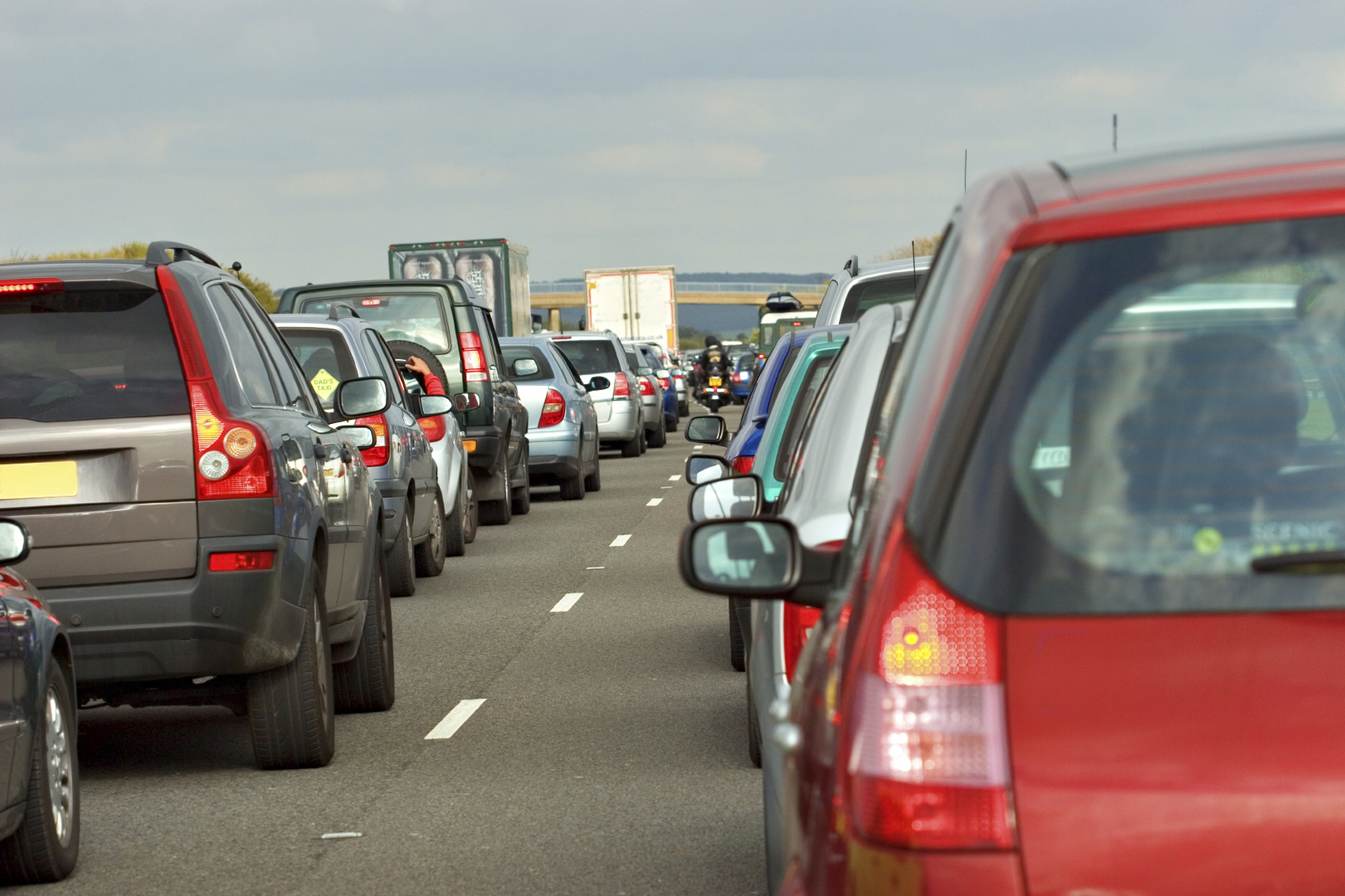 According to provisional statistics released by the Department for Transport, 2015 saw an increase of 2.2% in vehicle traffic, taking UK traffic to record levels. Car and Taxi traffic increased by 1.7% reaching a new high of 248.6bn miles, slightly higher than the previous record set in 2007. Traffic statistics rose across all vehicles, with Light Goods Vehicles having the steepest growth of 6.1%. There was also a surge in traffic on motorways, rural and minor roads, with traffic on minor roads - growing 5.2% - the major change. 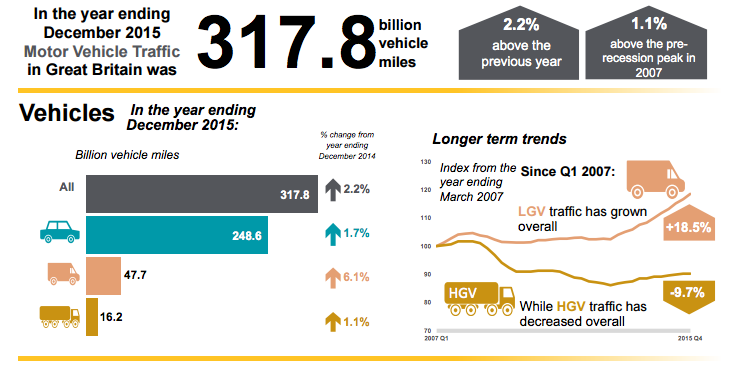 This upward trend sees traffic higher than ever before, exceeding the previous record, set in 2007, before the financial market crash. These statistics precisely mirror the growth in UK economy, with GDP also rising 2.2% in the year ending December 2015, providing hope for further growth in the motoring sector in the coming year. This growth in traffic was compounded by a record year for Car registrations, with March in particular setting a record of almost 500,000 newly registered cars on the road.

Increased millage was also aided by a reduction in fuel prices, largely influenced by a drop in crude oil prices to an 11-year low. Based on an average annual mileage of 7,500, this resulted in drivers saving £150 compared with 2014. This decrease in fuel prices has helped drivers cast off the worries of running costs and has encouraged them not only to drive more but to invest in new and often less fuel economical vehicle. This raises some questions of uncertainty regarding projected increases in crude oil prices in the following year.

Furthermore, the comparative strength of Sterling over both the Dollar and the Euro played a major part in inspiring new car purchases. However, with the position of sterling against the Dollar and the Euro being undermined to a certain extent by both market and EU membership instability. This may have a knock on effect for motorists in the coming year, but despite this uncertainty, car ownership and car mileage is still projected to increase over the next four years.

This growth in UK traffic is reflected in statistics regarding congestion, with the UK ranked as the 6th most congested country in Europe and London as the most congested city in the world. On average, UK drivers could expect to waste 30 hours of the time in traffic, while in London this raised to 101 hours, or over 4 days, spent in traffic jams. It is important to note that overall car ownership appears to be dropping on average, but this is offset by growth in population. As a result, with UK population expected to increase by over 4 million in the next decade it is predicted that car ownership will continue to increase. As a result, it seems clear that smarter methods are needed to reduce congestion and provide a better driving experience for Britain’s motorists.