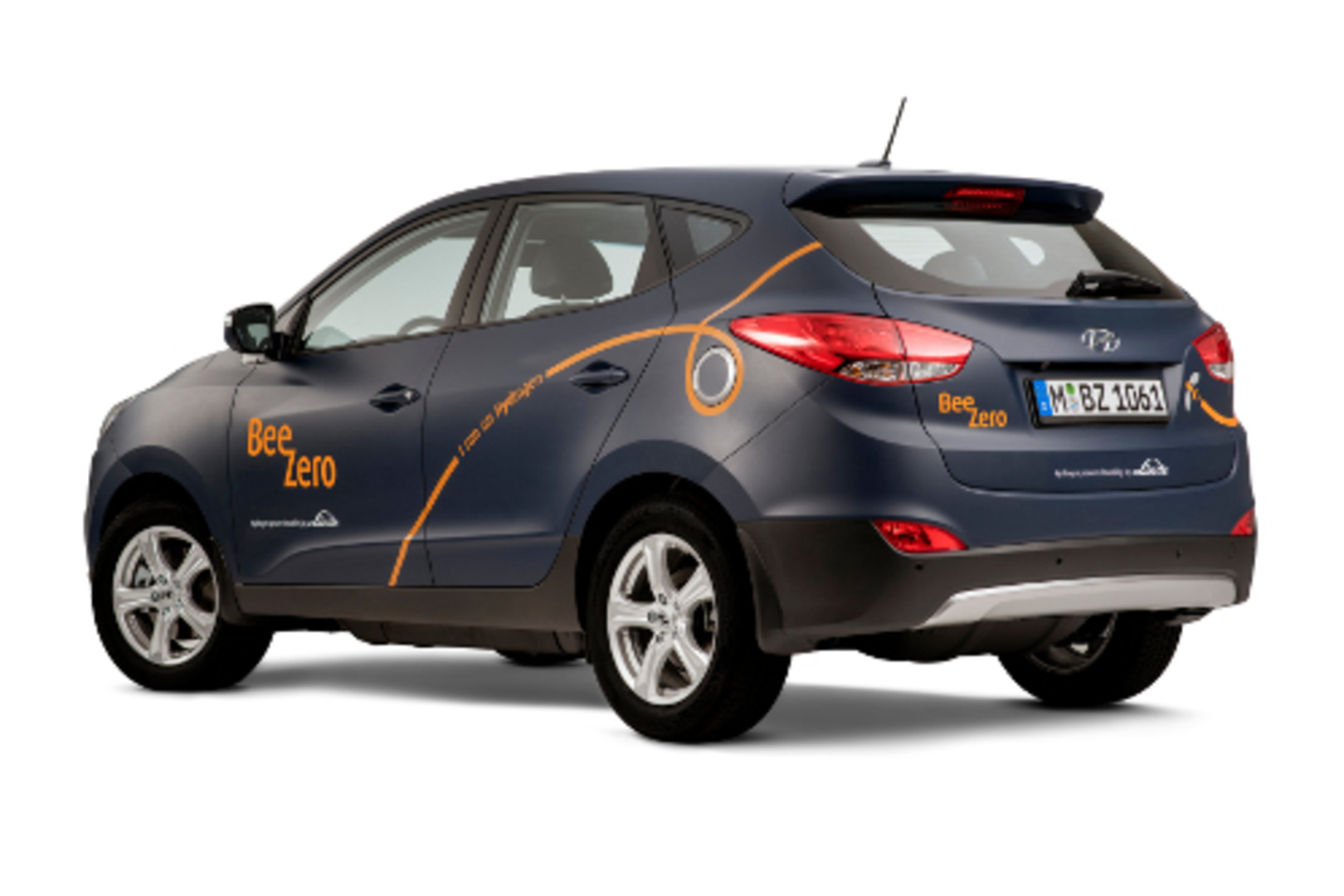 A new car sharing scheme, launching this summer, will be the world’s first to use hydrogen-powered fuel cell vehicles (FCVs) exclusively.

BeeZero will initially offer a fleet of Hyundai ix35 Fuel Cell electric vehicles to its clientele in a move which will allow a wider range of people to experience FCVs first hand as a realistic alternative to traditional or petrol cars.

Though the technology for hydrogen fuel cell vehicles is not entirely new it has struggled to gain a foothold in the market. This is largely due to the fact that there is a distinct lack of hydrogen filling stations worldwide; there are currently only 8 filling stations within the UK. This has created a very limited market for hydrogen powered vehicles as potential consumer are put off by the complete lack of infrastructure, and simultaneously infrastructure investment has been limited by the low number of FCVs currently on the roads.

Linde, a multinational industrial gases and engineering company, is behind the project. Forming part of their newly established Linde Hydrogen Concepts, the service offers its users on-demand use of EV cars. However, these vehicles, unlike the battery electric vehicles that have become much more popular, have a much more similar utility to traditional petrol or diesel vehicles. They generally have a range of roughly 370 miles on a single tank of hydrogen, in comparison to the 100-mile radius of battery electric cars.

Hydrogen is generally seen as one of the greenest fuel sources for vehicles. They work by combining oxygen and hydrogen to produce electricity; its only by products are pure water and heat. Furthermore, though electric vehicles can be recharged using existing infrastructure, this has its own carbon footprint generated by the grid. On the other hand, hydrogen can be created using green production methods: even if it is created from its dirtiest source – natural gas – FCVs cut emissions by over 30 per cent.

The platform will allow drivers to reserve and access their cars online or through their smartphone app, much like already established car sharing services that are becoming increasingly popular across the globe, as numerous car manufactures, like Ford, plan to launch their own services in the coming years.

“The new BeeZero car sharing offer is pioneering sustainable mobility,” says Thomas A. Schmid, chief operating Officer at Hyundai Motor Europe. He added: “BeeZero will not only be the first car sharing service using hydrogen-powered zero-emission cars, but will also offer comfortable and reliable transportation for the publics everyday needs.”

Linde, will also gain valuable experience from the everyday operations of the vehicles, to help further develop their hydrogen technologies and help to further establish the infrastructure across the country, making the technology increasingly accessible for a mainstream market. Dr Christian Bruch, member of the Executive board of Linde, claimed “BeeZero synergises two mobility trends that are gaining a lot of ground at the moment – car sharing and zero emissions – and will bring the benefits of fuel cell technology to a wider group of potential users.”